David Lidstone, 81, said that he doesn't think he can go back to being a hermit because society is not going to allow it. 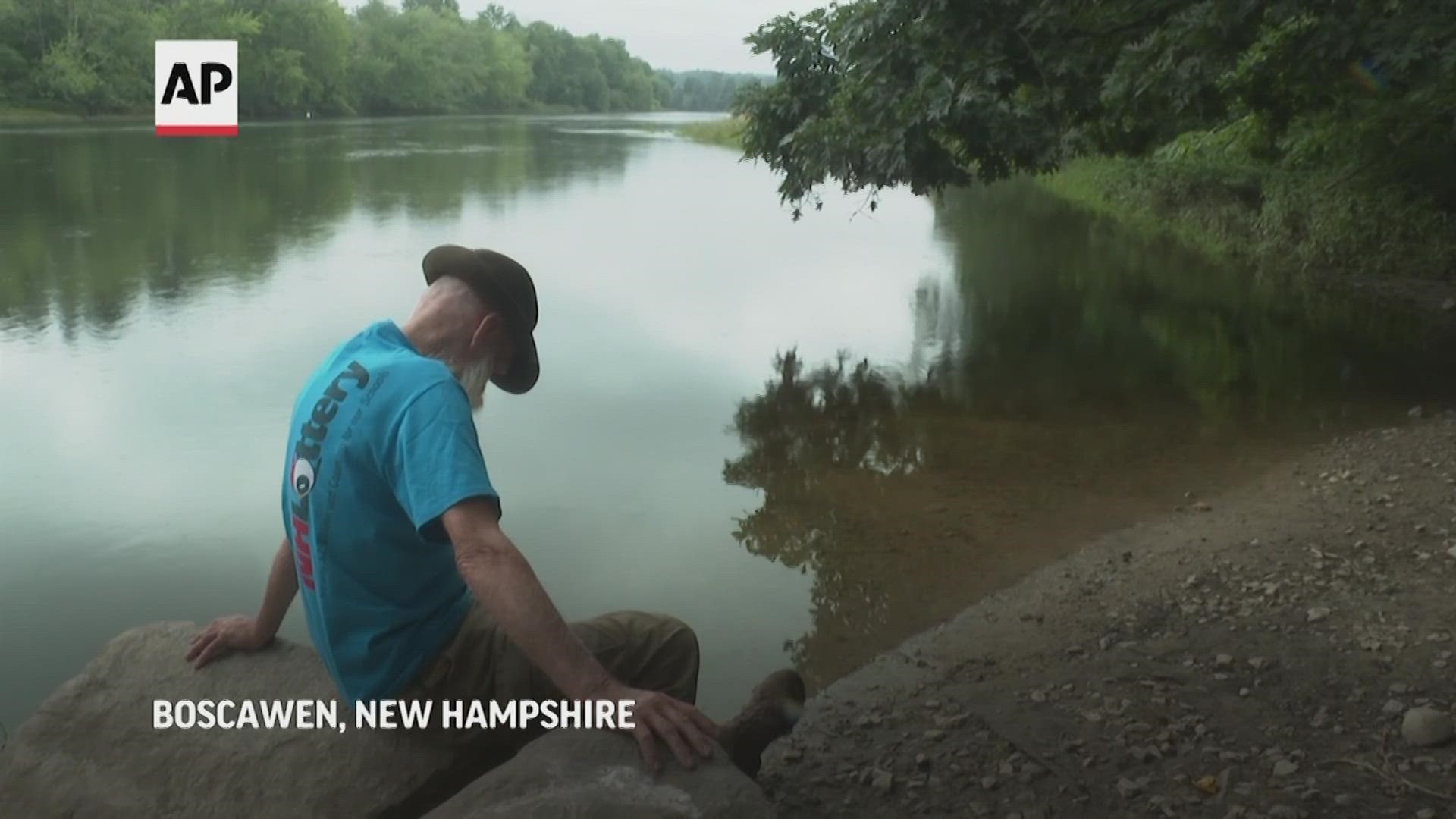 CONCORD, N.H. — An off-the-grid New Hampshire man's days living as a hermit appear to be over. “River Dave,” whose cabin in the woods burned down after nearly three decades on property that he was ordered to leave, says he doesn't think he can return to his lifestyle.

“I don't see how I can go back to being a hermit because society is not going to allow it," David Lidstone said in an interview with The Associated Press on Tuesday.

Lidstone, 81, said even if he could rebuild his cabin, which burned down last week, “I would have people coming every weekend, so I just can't get out of society anymore. I've hidden too many years and I've built relationships, and those relationships have continued to expand."

Lidstone, a logger by trade who chopped his firewood and grew his food in the woods along the Merrimack River in the town of Canterbury, said he's not grieving the loss of his life in isolation.

“Maybe the things I've been trying to avoid are the things that I really need in life," said Lidstone, who drifted apart from his family. “I grew up never being hugged or kissed, or any close contact.

“I had somebody ask me once, about my wife: ‘Did you really love her?’ And the question kind of shocked me for a second. I ... I’ve never loved anybody in my life. And I shocked myself because I hadn’t realized that. And that’s why I was a hermit. Now I can see love being expressed that I never had before."

Lidstone, who is still married but is estranged from his family, declined to comment further on his relationship with them. Two of his three sons had told the AP they hadn't been in touch with their father recently, and his daughter did not respond to a message seeking comment.

He was jailed on July 15 on a civil contempt sanction and was told he’d be released if he agreed to leave the cabin following a property dispute that goes back to 2016. The landowner, 86-year-old Leonard Giles, of South Burlington, Vermont, wanted Lidstone off the property.

Credit: AP
David Lidstone, 81, sits for a photograph near the Merrimack River, Tuesday, Aug. 10, 2021, in Boscawen, N.H. Lidstone, an off-the-grid New Hampshire hermit known to locals as "River Dave," had been living in a cabin in the woods along the Merrimack River, in Canterbury, N.H., for nearly three decades. (AP Photo/Steven Senne)

The property, undeveloped and mostly used for timber harvests, has been owned by the same family since 1963.

Lidstone had said a prior owner in the family gave his word years ago that he could live there, but had nothing in writing. He later disputed that he was even on the property. In court Wednesday, both sides agreed to arrange for Lidstone to collect his cats and chickens and remaining possessions at the site; some items had been given to police for safekeeping. Lidstone, who still believes he was not on Giles' land, also was given permission to hire a surveyor to give him “peace of mind," Judge Andrew Schulman said.

A fire destroyed the cabin on Aug. 4, hours after Lidstone defended himself during a court hearing. He was released from jail the next day after the judge ruled that he would have less incentive to return to “this particular place in the woods,” now that the cabin had burned down.

Canterbury Fire Chief Michael Gamache said that while the investigation isn't over and arson is not being ruled out as a potential cause, the fire was more likely caused by accident. He said a representative of Giles who was starting to demolish the cabin on Aug. 4 disabled solar panels, which still had electrical charge in them. He also used a power saw to cut into metal supports that held the panels onto the roof. Either action could have created sparks to start making things smoke.

“He finished his day at about a quarter of three, and a fire is noticed at about 3:15," Gamache said.

He also said it's also possible the results could be inconclusive. “Right now, there's nothing left to go on at the site."

In the meantime, many people across the country and beyond have offered to help Lidstone, either through fundraising or offering him a place to live. Lidstone said he is thankful for all the support. He's still trying to figure out where he would go next, although he wouldn't mind staying in New Hampshire, where he's developed some strong connections.

One proposal under consideration is for him to live on property belonging to the Concord Friends Meeting, a Quaker meeting in Canterbury that's not far from the cabin site. Lidstone worked on the meetinghouse as it was being constructed in 2010. The congregation would have to agree on the matter.

The property overlooks the Merrimack.

“It has certainly occurred to us that here is a neighbor in need," said Richard Kleinschmidt, co-clerk of the Quaker meeting, “and how can we help him?”