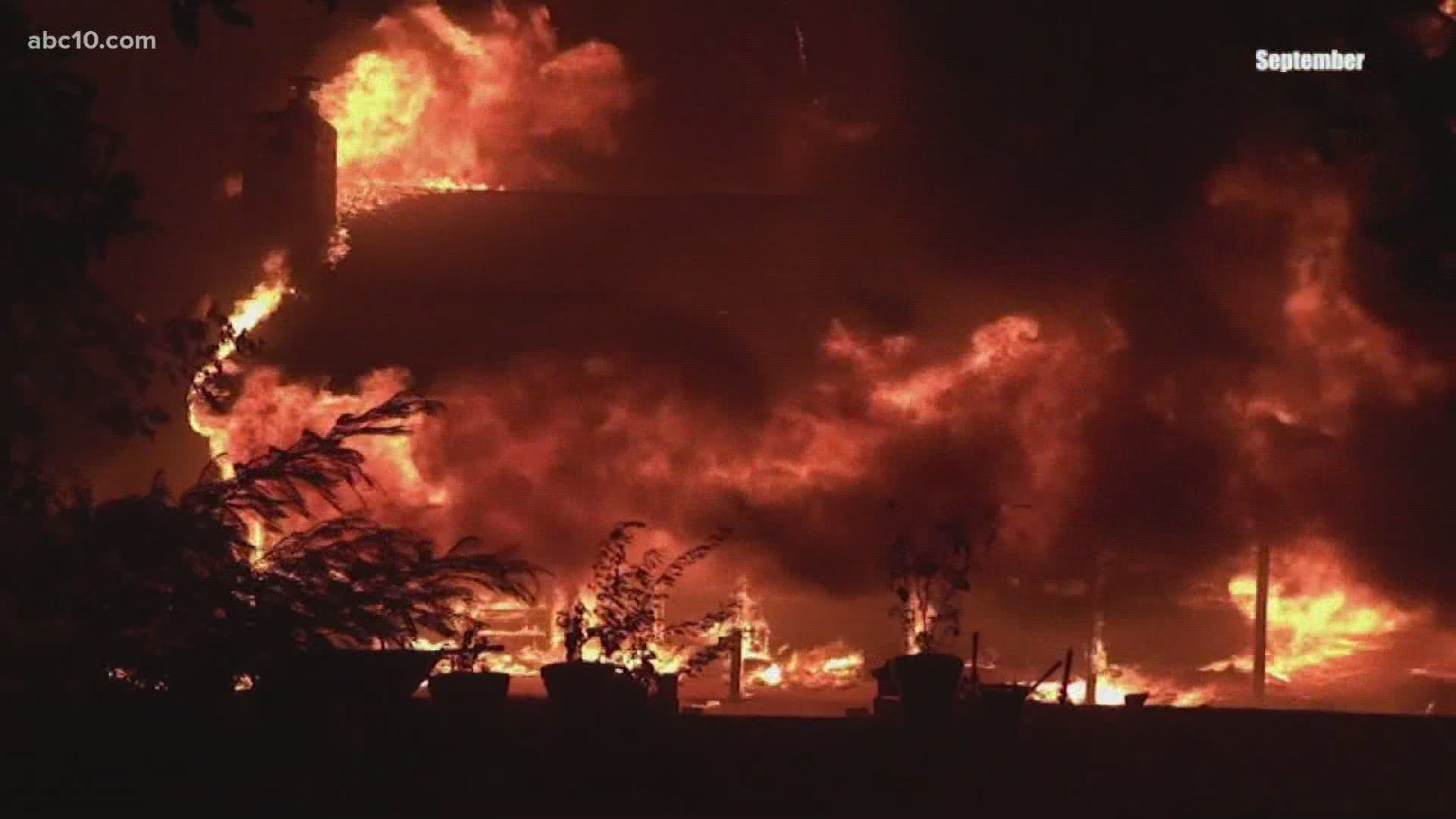 The Trump administration has reversed its original decision to deny California relief for multiple wildfires that scorched the state.

"Just got off the phone with [President Donald Trump]," Gov. Newsom said on Twitter. "[He] has approved our Major Disaster Declaration request."

Newsom added he was grateful for the president's quick response.

In a news release, the governor’s office said the Presidential Major Disaster Declaration helps people in the counties that were affected by wildfires. The relief will include crisis counseling, housing and unemployment assistance and legal services. Federal assistance will also be provided to help state, tribal and local governments fund emergency response, recovery and protective measures.

Just got off phone with @realDonaldTrump who has approved our Major Disaster Declaration request.

Grateful for his quick response. https://t.co/rF7VFqSENl

The fires are among the siege of deadly and destructive blazes that have scorched the state. Gov. Gavin Newsom formally submitted a letter to the White House on Sept. 28 asking for a major disaster declaration.

Brian Ferguson of the governor’s Office of Emergency Services says the state plans to appeal the denial and believes it has a strong case that the request meets federal requirements for approval.

Nearly 9,000 firefighters remain on the lines of 21 fires Friday.

When ABC10 reached out to the Federal Emergency Management Agency (FEMA) for a statement on why the relief funds were denied, FEMA Press Secretary Lizzie Litzow said that the September fires "were not of such severity and magnitude to exceed the combined capabilities of the state, affected local governments, voluntary agencies and other responding federal agencies."

FEMA said if California can find more information to support their request, officials may appeal the decision within 30 days.

Read the full statement from the FEMA Press Secretary, Lizzie Litzow below:

The damage assessments FEMA conducted with state and local partners determined that the early September fires were not of such severity and magnitude to exceed the combined capabilities of the state, affected local governments, voluntary agencies and other responding federal agencies. For example, the state may request assistance from the Small Business Administration, which could provide low-interest disaster loans to homeowners, renters and businesses to meet their recovery needs. Other federal programs may also become available to aid recovery. But we cannot stress enough, insurance is always the most frequent financial source of help after disasters. If someone has insurance, they should file a claim immediately. The faster they file, the faster their recovery can begin.

FEMA approved four Fire Management Assistance Grants in five counties for wildfires included in the state’s disaster request, allowing reimbursement to state, local governments and other eligible agencies for 75 percent of firefighting, evacuation and sheltering costs. These grants will deliver millions of dollars of assistance for emergency expenses and funds to help reduce the risks of future disasters. If the state identifies additional information to support the request, it may appeal the decision within 30 days.

According to Cal Fire, in 2019, California wildfires burned just under 260,000 acres from 7,860 incidents. Over 700 structures were damaged or destroyed and three people were killed. This follower two years of some of the “deadliest and most destructive wildfires” in California history.

If you live in a wildfire-prone zone, Cal Fire suggests creating a defensible space around your home. Defensible space is an area around a building in which vegetation and other debris are completely cleared. At least 100 feet is recommended.

The Department of Homeland Security suggests assembling an emergency kit that has important documents, N95 respirator masks, supplies to grab with you if you’re forced to leave at a moment’s notice. The agency also suggests signing up for local warning system notifications and know your community’s evacuation plans to best prepare yourself and your family in cases of wildfires.

Sacramento man saves panicked freeway drivers as wildfire takes over the freeway. One Good Samaritan, Gerald Contreras, had the presence of mind to help guide drivers away from the flames at a break in the fence along the I-5.