VERIFY: Did the author of the 'Citizenship Clause' intend to leave certain people out?

Many posts on social media claim that the clause's author in the 14th amendment excluded foreigners or 'aliens' in his publication. That has been Verified. 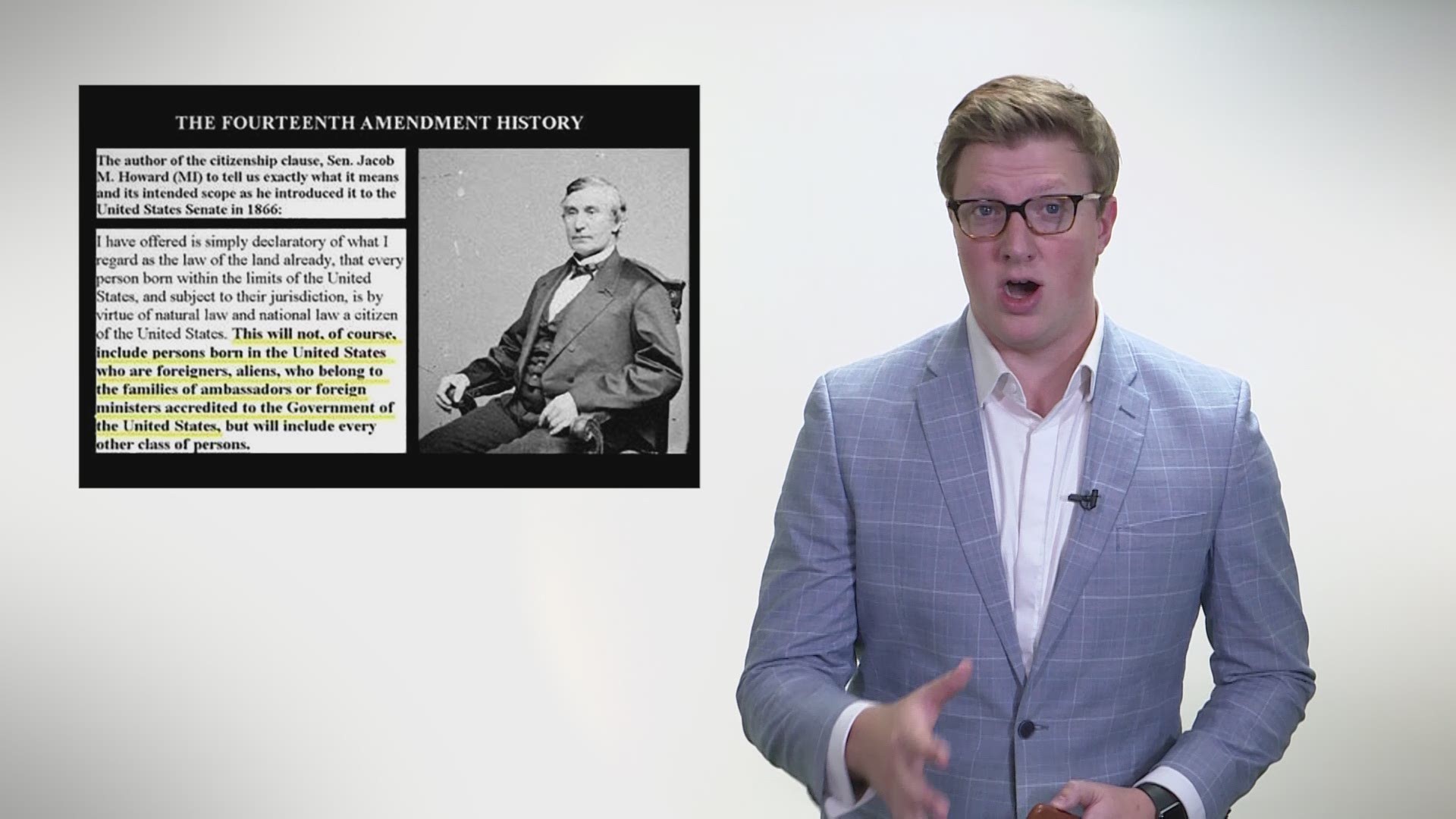 Following President Trump's comments to end "birthright citizenship" in the United States, a number of stories popped up disputing the claim.

VERIFY dove into the questions of whether or not the president could change a constitutional amendment with an executive order, and if other countries also had birthright citizenship policies. You can find that article by clicking here.

The post claims that the author of the citizenship clause, Senator Jacob Howard, wrote a statement about the amendment and that it shouldn't apply to foreigners or "aliens."

Did the author of the Citizenship Clause in the 14th Amendment specifically say that it shouldn't apply to immigrants and foreigners? If so, why hasn't that been taken into account?

It is recorded fact that Senator Jacob Howard did write the Citizenship Clause and that he did say the statement recorded in the post above. However, Howard's intent/beliefs were not added ino the text of the amendment itself and do not have any real legal power.

Earlier in the article, Howard offered his reasons for supporting the amendment.

"This amendment which I have offered, is simply declaratory of what I regard as the law of the land already, that every person born within the limits of the United States, and subject to their jurisdiction, is by virtue of natural law and national law a citizen of the United States," he said.

The next line in the publication matches the quote in the post above word for word.

"This will not, of course, include persons born in the United States who are foreigners, aliens, who belong to the families of ambassadors or foreign ministers accredited to the Government of the United States, but will include every other class of persons."

We can VERIFY that the post, as written is correct. Sen. Howard did author the "Citizenship Clause" of the 14th Amendment, and when he presented it to Congress in 1866, he did say that statement.

It's important to note that while it’s possible the amendment’s original authors didn't intend for our current system of birthright citizenship, their intentions never made it into the text of the amendment.

The language as written in the Constitution is what courts have used to determine it's meaning over time and multiple court cases have set up a precedent of supporting birthright citizenship.

Kim Ark challenged the ruling and once at the Supreme Court, the Justices ruled that even though both his parents were foreigners, Kim Ark was born on U.S. soil and thus was a U.S. Citizen.