The West Virginia state lawmaker joined the mob as it pushed its way into the U.S. Capitol building, and livestreamed himself joyfully strolling inside. 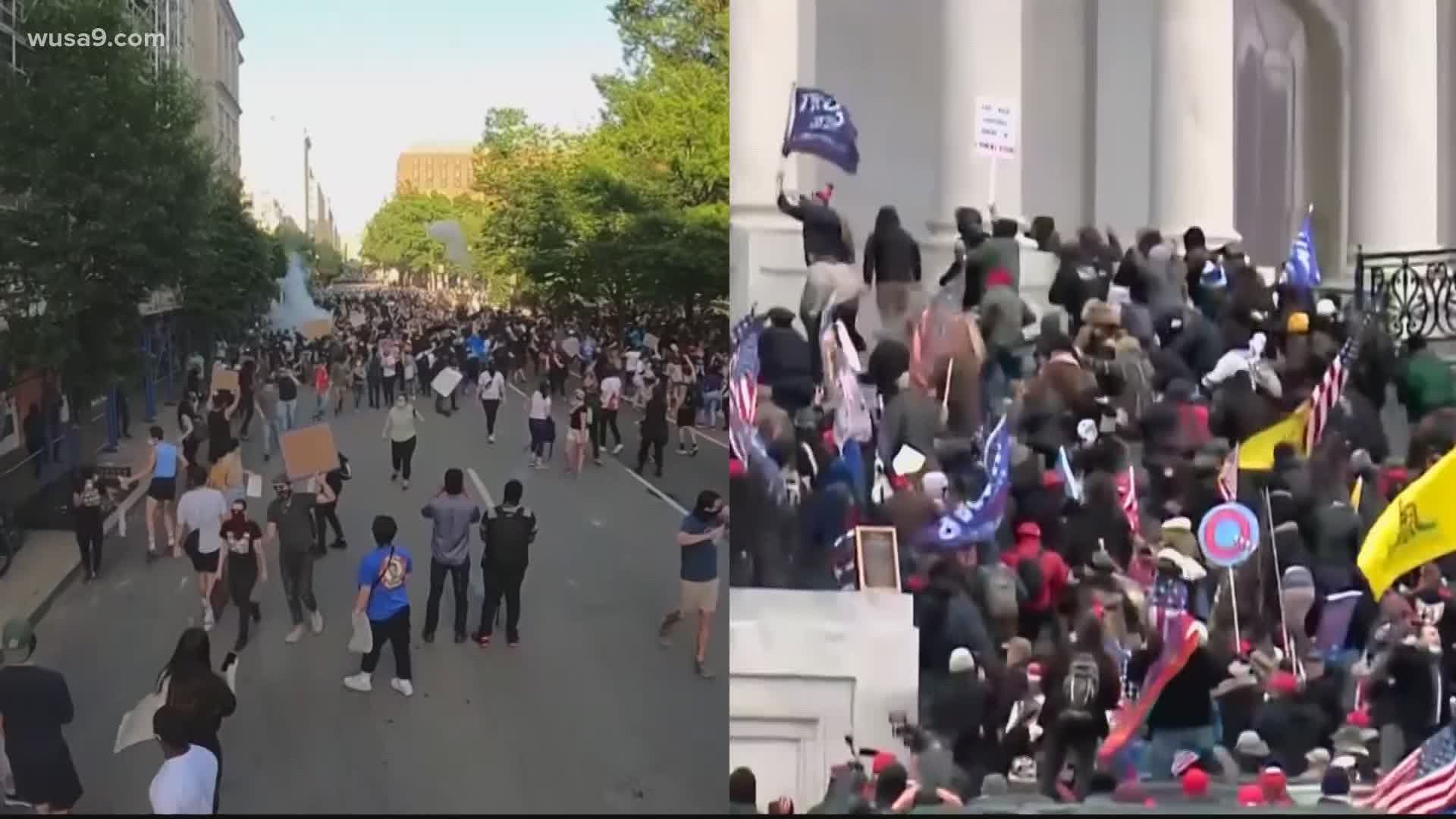 A West Virginia state lawmaker has been charged with entering a restricted area of the U.S. Capitol after he livestreamed himself rushing into the building with a mob of pro-Trump supporters, the Justice Department announced Friday.

Ken Kohl, a top deputy federal prosecutor in Washington, announced the charge against Republican state Del. Derrick Evans on a call in which he presented dozens of new charges against members of the crowd that violently stormed the Capitol on Wednesday.

His lawyer, John Bryan, said he hadn't seen the complaint against Evans and couldn't comment. He did not say if Evans had been taken into custody, but television station WSAZ posted a video on Twitter showing FBI agents escorting the handcuffed lawmaker from a home.

Legislators from at least seven other states traveled to Washington to support President Donald Trump and demonstrate against the counting of electoral votes confirming Democrat Joe Biden's victory.

Evans resigned Saturday as he faces the charges of entering a restricted area of the Capitol after he livestreamed himself with rioters. In a letter, he notified Gov. Jim Justice he was stepping down, effective immediately.

The 35-year-old appeared before a federal judge in Huntington, West Virginia, on Friday after being arrested. If convicted, Evans faces up to a year and a half in federal prison for two misdemeanor charges: entering a restricted area and disorderly conduct.

Evans issued a statement Saturday that he takes full responsibility for his actions, adding he deemed it best for him to resign to “focus on my personal situation and those I love.”

“I take full responsibility for my actions, and deeply regret any hurt, pain or embarrassment I may have caused my family, friends, constituents and fellow West Virginians," said Evans.

"I hope this action I take today can remove any cloud of distraction from the state Legislature, so my colleagues can get to work in earnest building a brighter future for our state. And more importantly, I hope it helps to begin the healing process, so we can all move forward and come together as ‘One Nation, Under God,’” he added.

In a since-deleted video that was widely shared online, Evans is seen clamoring inside a jampacked Capitol building doorway, trying with others to push his way inside. He hollers along with other Trump loyalists and fist-bumps a law enforcement officer who let them in.

A growing number of Republicans and Democrats had said they want to expel Evans from the legislature if he did not resign.

Credit: AP
West Virginia House of Delegates member Derrick Evans, left, is given the oath of office Dec. 14, 2020, in the House chamber at the state Capitol in Charleston, W.Va. (Perry Bennett/West Virginia Legislature via AP)

The president of the national Democratic Legislative Campaign Committee, Jessica Post, said "any Republican legislator who took part in yesterday’s insurrection, in Washington, D.C., or anywhere else in the country, should resign immediately.”

“Yesterday was a stain on our country’s history and a dangerous affront to democracy — all those involved have no place making laws,” Post said in a news release.

Washington, D.C., officials said the FBI and the local Metropolitan Police Department were leading the investigation into identifying the participants in Wednesday’s violence. The top federal prosecutor for the District of Columbia, acting U.S. Attorney Michael Sherwin, said 40 cases have already been presented in superior court and prosecutors plan to file 15 federal cases Thursday. Sherwin said “all options are on the table,” including sedition charges.