Korean War hero is latest to earn Medal of Honor 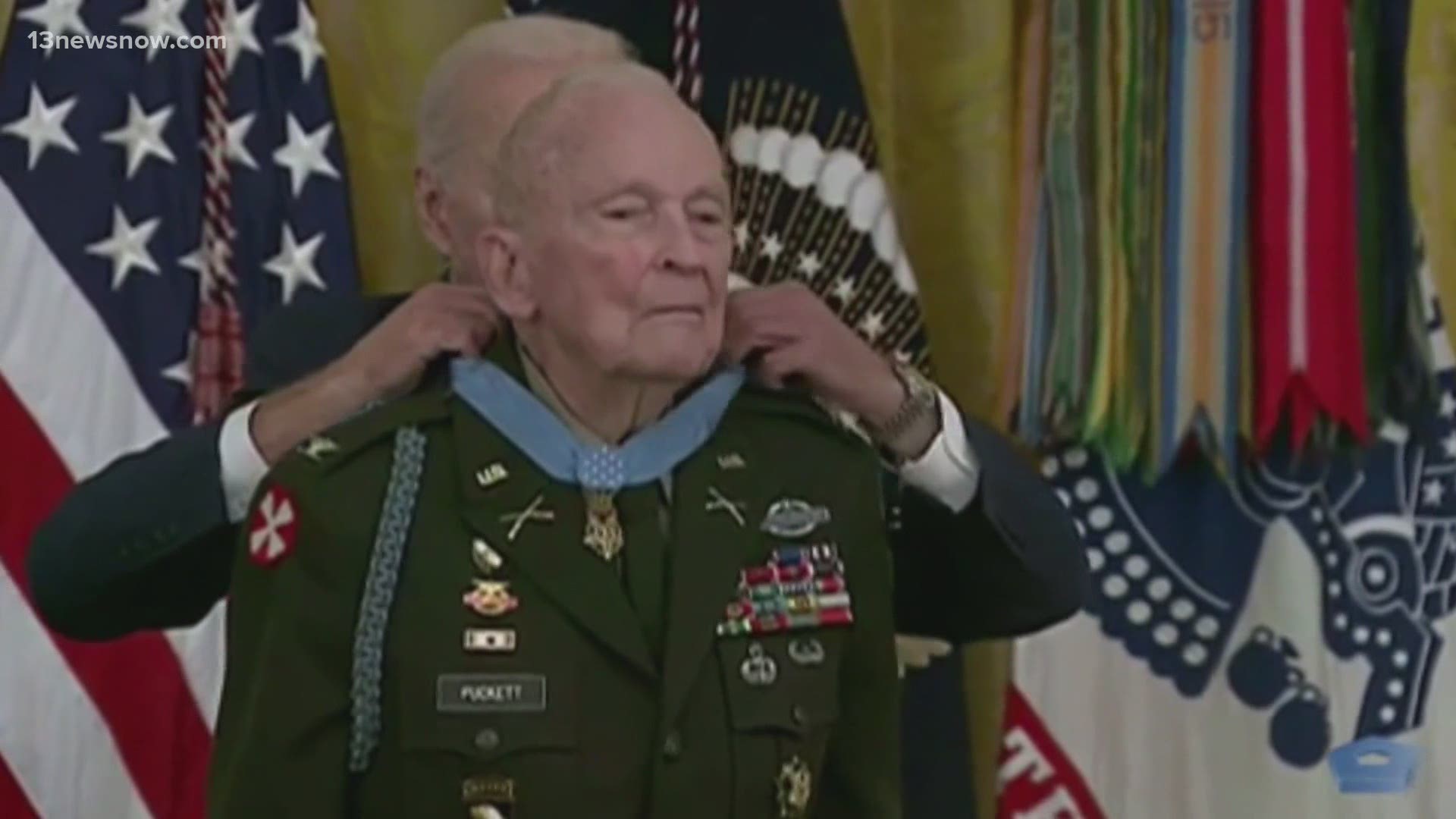 WASHINGTON — President Joseph R. Biden on Friday awarded his first Medal of Honor since he became commander in chief.

The nation's highest military decoration was presented to 94-year old Col. Ralph Puckett, Jr. of Georgia, for bravery during the Korean War, when he was just 24 years old.

Over two days in November 1950, Puckett as first lieutenant helped the 8th U.S. Army Ranger Company to secure a strategically important hill. Puckett sprinted across the open area to draw fire so that Rangers could find and destroy enemy positions.

He is a West Point Graduate, a retired Army Ranger and Colonel who also served in the Vietnam War, and earned a total of five Purple Hearts.

President Biden told him: "My mother would say, 'God love you, man.'"

The President continued: "He leads from the front. He leads by example. He leads with his heart. He's a Ranger, and that's how Rangers lead. That's how you lead."

A change in policy was needed for retired Puckett to receive the Medal of Honor. The 2020 defense policy bill removed a requirement that such awards be given within five years of a valorous act.

Puckett becomes the 3,508th American to earn the Medal of Honor since 1863. He is the 67th person who is still living to have earned the Medal.