Cassady was elected to the College Football Hall of Fame in 1979. When he left Ohio State he held school records for career rushing yards, all-purpose yards and scor 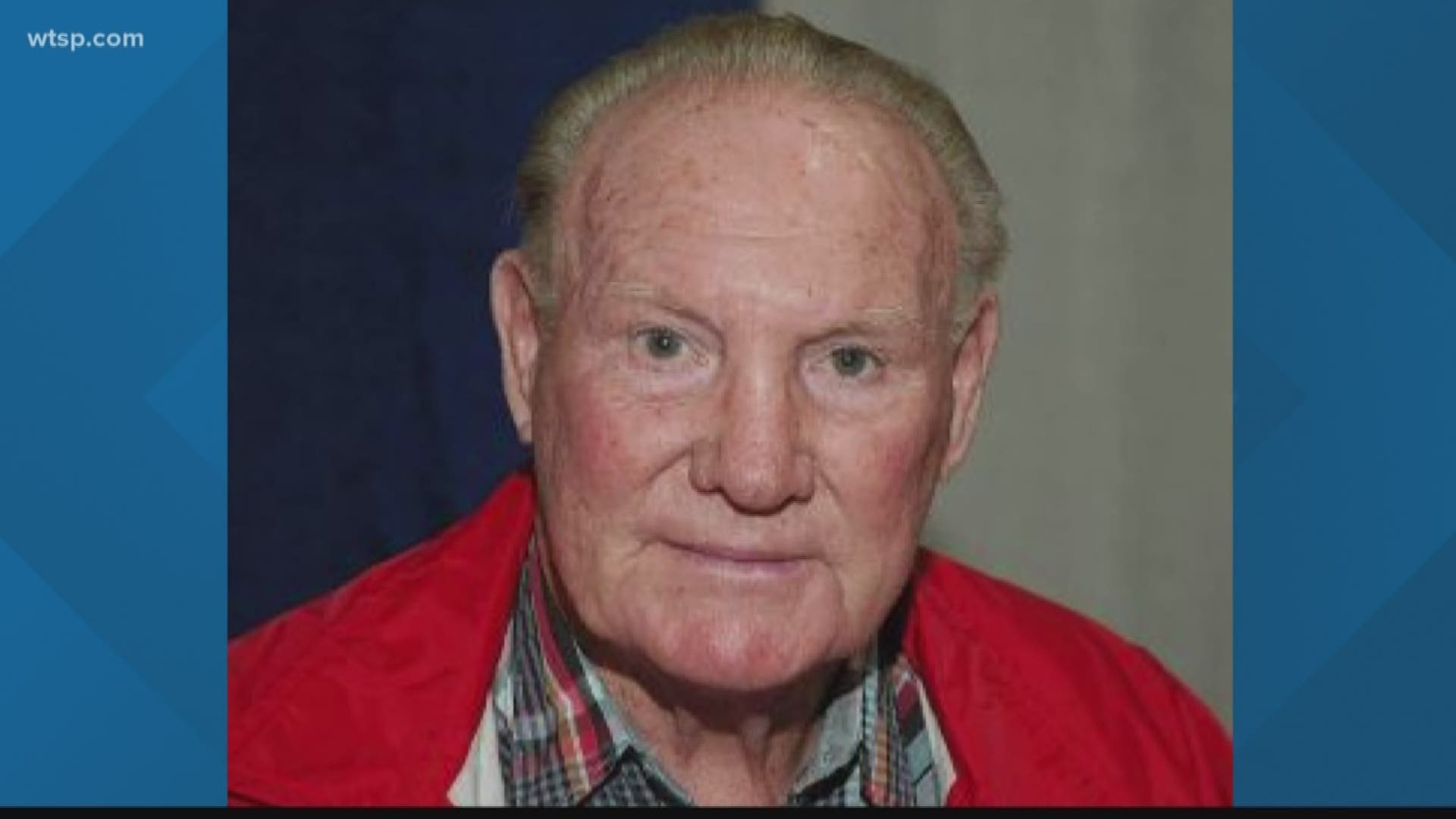 TAMPA, Fla. — Howard "Hopalong" Cassady, the 1955 Heisman Trophy winner at Ohio State and running back for the Detroit Lions, died Friday. He was 85.

He died in Tampa, Florida, his longtime home, the university said.

Cassady was a legendary half back for the Ohio State University in the 1950s. And according to those who knew him best he was as humble as he was successful.

"We've lost not only a legendary Buckeye, but also a wonderful person in Hop Cassady," Ohio State athletic director Gene Smith said in a statement. "He was an all-time great Buckeye in every way."

“I will miss him,” said Maria Shearer who has lived on David Islands for more than 30 years - right across the street from Howard Cassady and his wife Barbara.

“He was a great person,” said Shearer, “Very involved in sports. Love children. Always helped everyone that needed help.”

Despite winning the Heisman Trophy and leading the Ohio State Buckeyes to a National Championship in 1954, his friends and coworkers say Cassady was always friendly. Always humble.

Cassady also played baseball at Ohio State and was a longtime coach in the New York Yankees organization. It was the late owner and friend George Steinbrenner who was the first to tell Cassady he had won the Heisman.

"I had gotten word from my friends and told him not to get too big of a head but you're gonna win the Heisman," Steinbrenner was quoted as saying.

Cassady was elected to the College Football Hall of Fame in 1979. When he left Ohio State he held school records for career rushing yards, all-purpose yards and scoring. He’ll be honored at Ohio Stadium Saturday during the Buckeyes game.

"In those days if I had 100 yards in the first half I wouldn't play in the second half," Cassady said during a 2001 interview with The Associated Press. "It wasn't until after Woody started to dominate that he tried to get his players recognition."

Cassady, whose No. 40 jersey number was retired by Ohio State in 2001, didn't need help getting recognized. He was nicknamed "Hopalong" by local sports writers in his first game when he scored three touchdowns in a 33-13 win over Indiana and "hopped all over the field like the performing cowboy." It was an ode to the movie actor Hopalong Cassidy, the cowboy star of the 1950s who would pose with the football star for a memorable photo at the 1955 Rose Bowl.

The Columbus native was a four-year starter and letter winner and a two-time consensus All-American for the Buckeyes. He rushed for 2,466 yards and scored 37 touchdowns in his 36 games at Ohio State. During his four years under coach Woody Hayes, he averaged almost 6 yards a run.

"He was thinking of transferring from Ohio State because he wanted to play baseball and they wanted him at football practice," Steinbrenner said. "I gave him hell and told him he will be an All-American if he sticks with it."

Cassady was a skinny freshman running back for Hayes, who was under fire for finishing in a tie for fifth in the Big Ten his first season.

Cassady caught the attention of Hayes by consistently scoring on the varsity in practice. But it wasn't until the Thursday before OSU's opener against Indiana that Hayes told Cassady to get a uniform.

"That was a big deal because mom and dad got tickets if you dressed," said Cassady, who picked the number 40 because the only other number left was 13.

In the middle of the third quarter with Indiana up 14-0, Hayes told his coaches to "put the redhead in," and Cassady took his first punt return to Indiana's 45-yard line. He went on to score all three touchdowns as the Buckeyes won.

Cassady also caught 43 passes for 619 yards and four more scores during his career. He also starred on kickoff and punt returns. It was said that as a defensive back he never had a pass completed over him in four years of Big Ten competition.

As a junior, he rushed for 701 yards and eight touchdowns when the Buckeyes went 10-0 and won the national championship. He was third in the Heisman voting.

Cassady was the third of Ohio State's seven Heisman Trophy winners, at the time following Les Horvath (1944) and Vic Janowicz (1950).

His margin of 1,477 points over Jim Swink of TCU in the Heisman balloting is among the largest.

Cassady squeezed in baseball at college for four seasons, starting for three years at shortstop. In 1955, when Ohio State won the Big Ten championship, Cassady had more home runs than Frank Howard, who went on to play 16 years in the majors.

After graduation, however, Cassady passed on the chance to play professional baseball. "I could have signed for $10,000 with the Yankees, but I would have had to go through the minors," he said. "As the No. 1 draft choice I could start right away playing football."

It was his next career move that ultimately brought Cassady to the Tampa Bay area.

The Detroit Lions offered him a signing bonus of $15,000 that matched his annual salary. Cassady played for eight seasons with the Lions, one with the Cleveland Browns and one with the Philadelphia Eagles before retiring in 1964.

“And, you know he never even made the fact that he was - or made it aware that he was a Heisman Trophy winner,” said Howard Grosswirth, a spokesman for the Yankees, “He was just very, very humble. He was just a good man.”

Walter Hill owns The Press Box, a sports bar in South Tampa where lots of Buckeye faithful gather on weekends to watch the games.

Many of them thought of Cassady as an approachable local legend.

“He would stop and talk to anybody,” said Hill, “Anybody would see him around Davis Islands, he would have a conversation with them.”

Cassady was as generous as he was humble. Coworkers and neighbors say he would help with local fundraisers, and never refused an autograph.

For almost 20 seasons, Cassady was a first-base coach for the Triple-A Columbus Clippers, the top farm club of the Yankees. Steinbrenner and Cassady traced their friendship to the 1950s when Cassady received ROTC training at the former Lockbourne Air Force Base near Columbus, where Steinbrenner coached the baseball team.

“I have relatives that don’t live here but we’re fans of Ohio State. And they always asked me if I still live across the street from Mr. Cassidy and he’d sign autographs and I would mail them to them,” said Shearer.

Cassady had become ill in recent years. He died early Friday after spending the last few days in hospice care.

Cassady's son, Craig, was a three-time letter-winner at Ohio State, and shares the school record for interceptions in a game with three. His father was almost as proud of that record as any that he had set.

He is survived by his wife, Barbara, and three sons.

“Well, he’s still playing football wherever he is,” Shearer said smiling. “I think he’s a great guy. He was a great guy.”