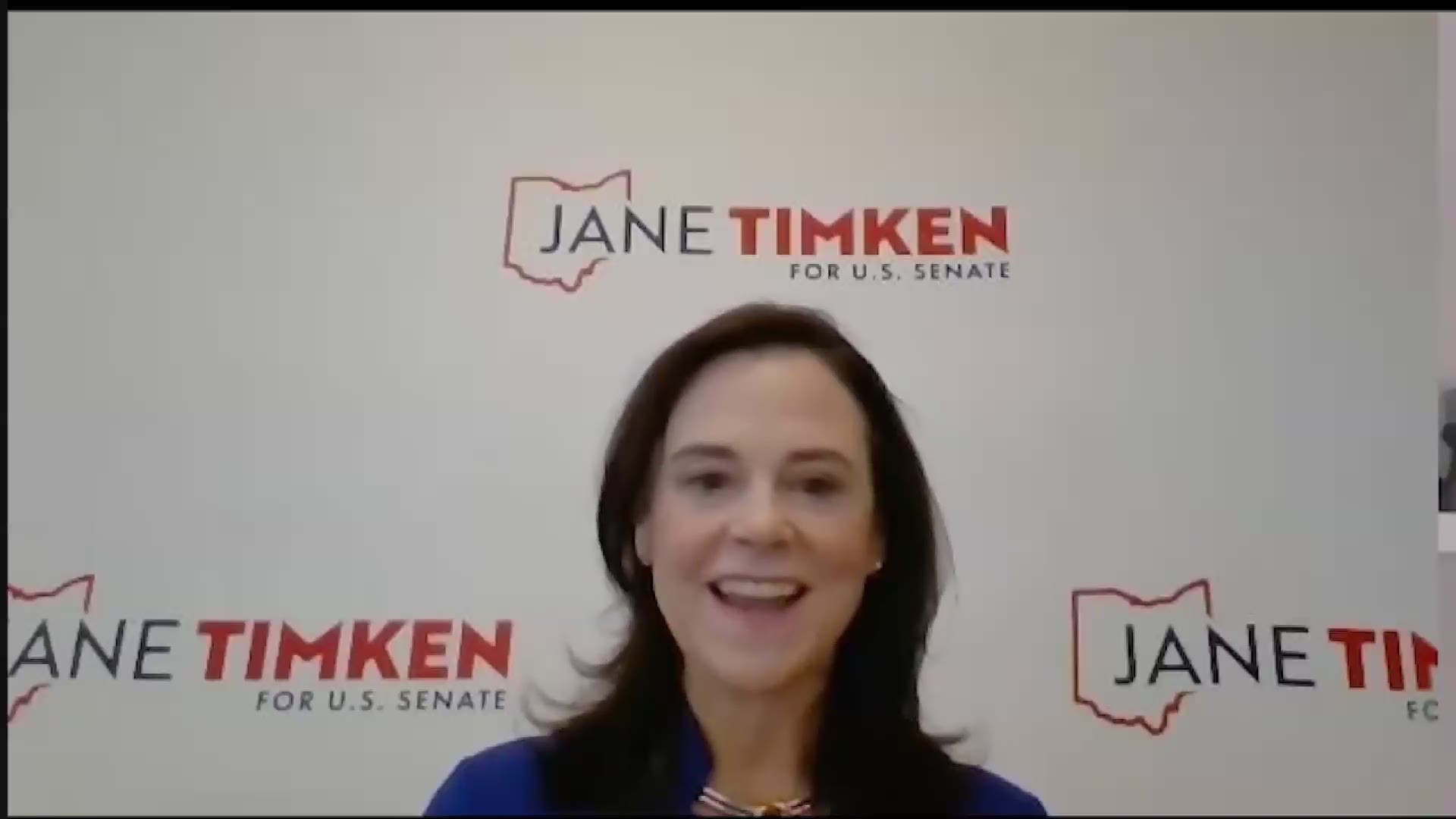 Timken also said she believes widespread voter fraud tainted the presidential election and must be investigated. She, however, said there is no evidence of cheating in Ohio, which Trump won by eight-percentage points.

“I'm going to go to Washington, D.C. and fight for election integrity and do it right here in Ohio, where it's easy to vote and hard to cheat. The rest of the country - not so much.”

President Trump’s campaign and advocates have failed to present evidence of widespread election fraud. Numerous top state election officials – including Republicans – have rejected such assertions and judges around the country have dismissed dozens of lawsuits challenging election results because of a lack of evidence of fraud.

Yet, Timken insists the election was rigged and needs to be investigated.

“I think there's no question and it's been widely reported that there was widespread fraud and irregularities across this country,” she said. “We never had the opportunity to have common sense hearings on that or any evidence that we could actually see because it was swept under the bus. And we need to continue to fight for election integrity. The American people and a lot of Republicans are very upset about what happened in November. And if we don't have faith in our election systems, we don't have a democracy.”

Her comments put her on par with Mandel, who told 3News, without citing any evidence, that Trump won the 2020 presidential election and over time widespread fraud would come to light. (For more on how Timken and Mandel fit into the race, click here.)

Portman leaves Washington with a reputation as a policy-first politician willing to reach across the aisle.

Asked if she would do the same to promote issues affecting all Ohioans, Timken said:

“Well, I will never compromise my principles or my values, and I will always fight for the American dream, Ohio's workers and our freedoms and their families. But that does not mean I won't work with people to solve problems for Ohio. I will always put the interests of Ohioans first, and I will work with anyone who is going to help me solve those problems and get the job done on that kind of person. When I became chairman, we had a divided party and I united the party and brought people together.”

She said she would continue Portman’s campaign to fight opioid addiction in Ohio, and then linked the issue to President Biden’s immigration policy.

“And quite frankly, I see that Joe Biden is opening up our border, which means more drugs are coming across the border,” she said, without an explanation of how his policies will lead to more illegal drugs in the United States. “We have to stop that. We have to treat addiction. We have to make sure that people have a brighter future.”

Watch more from Jane Timken in the player below: