Vice presidential debate could now be more important than ever

Presidential candidates may not face off again on national stage. 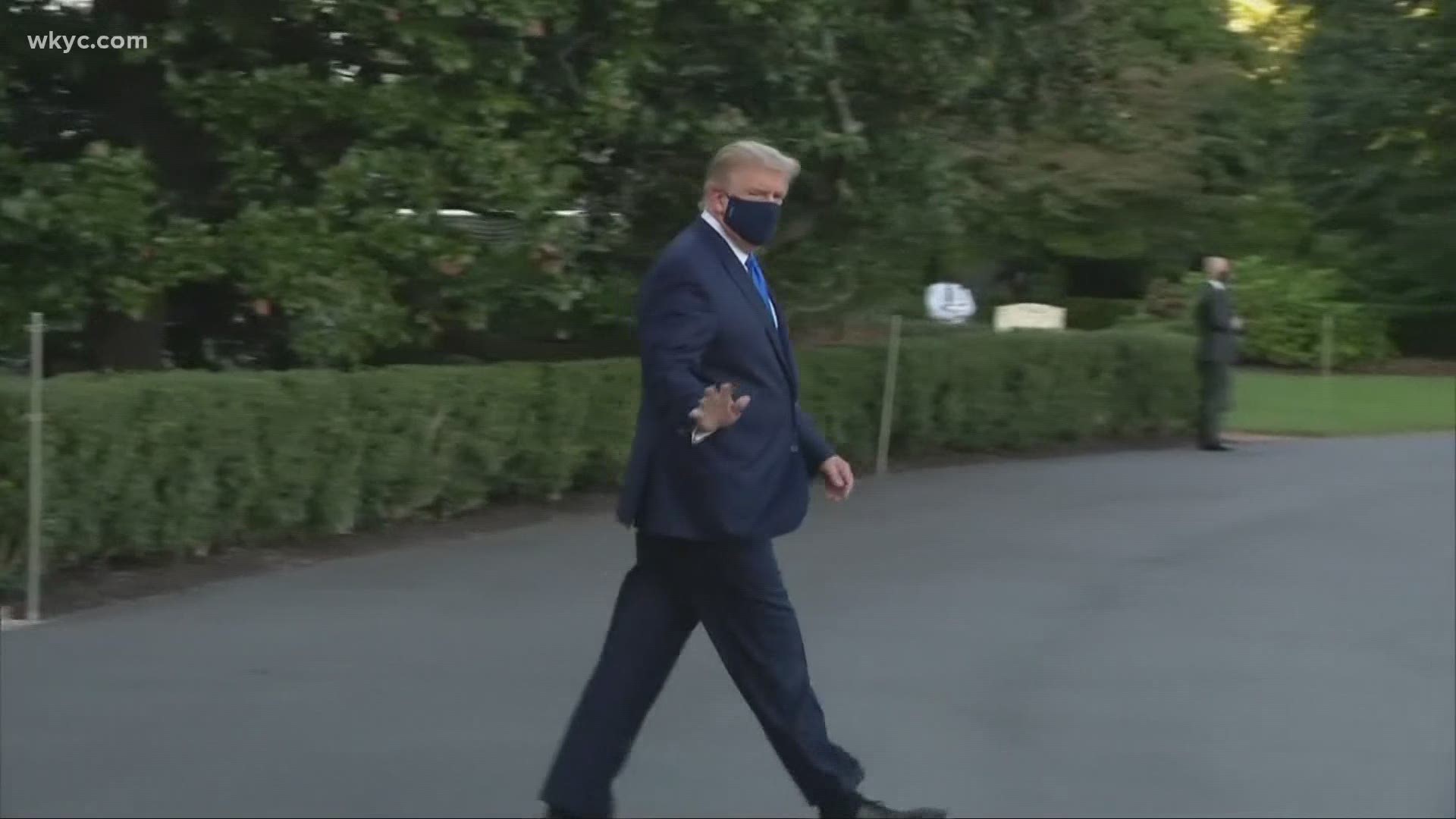 CLEVELAND — President Trump’s reelection campaign has been turned upside down by his diagnosis, and it could now make the upcoming vice presidential debate even more important.

When Sen. Kamala Harris and Vice President Mike Pence take the stage, it could very well mark last time that the two national campaigns appear on national television together. Undecided voters will have fewer debates to go by to make up their minds.

On Friday, Trump’s campaign announced that, "All previously announced campaign events involving the president’s participation are in the process of being moved to virtual events or are being temporarily postponed." Professor Joshua Meddaugh says it could be an opportunity for the Biden campaign to hammer home the virus issue.

"This might be the October surprise that we always talk about in political science," he said.

As for President Trump, the messaging may now have to change.

Earlier that night, 3News interviewed Trump campaign advisor Kimberly Guilfoyle, who said her team was tested before boarding Air Force One but not at the Cleveland Clinic. Donald Trump Jr. had a mask with him at the time, but did not wear it for the interview. On Friday Guilfoyle and Trump, Jr. both tested negative for the virus.

Meddaugh believes that not debating again could hurt both candidates, especially Trump, since undecided voters may hold a candidate's last performance against them.

"That is the lasting image, that last debate of him undercutting the moderator Wallace or under-talking the vice president, Biden," Meddaugh said. "That’s not going to help the campaign."

On Friday, both the Trump and Biden campaigns confirmed that Pence and Harris will be kept 12 feet apart and seated during their debate.