Sen. Rob Portman says it's "not a federal government responsibility" to pay for 4 more years of education

Portman made the statement Sunday morning on "Meet the Press." 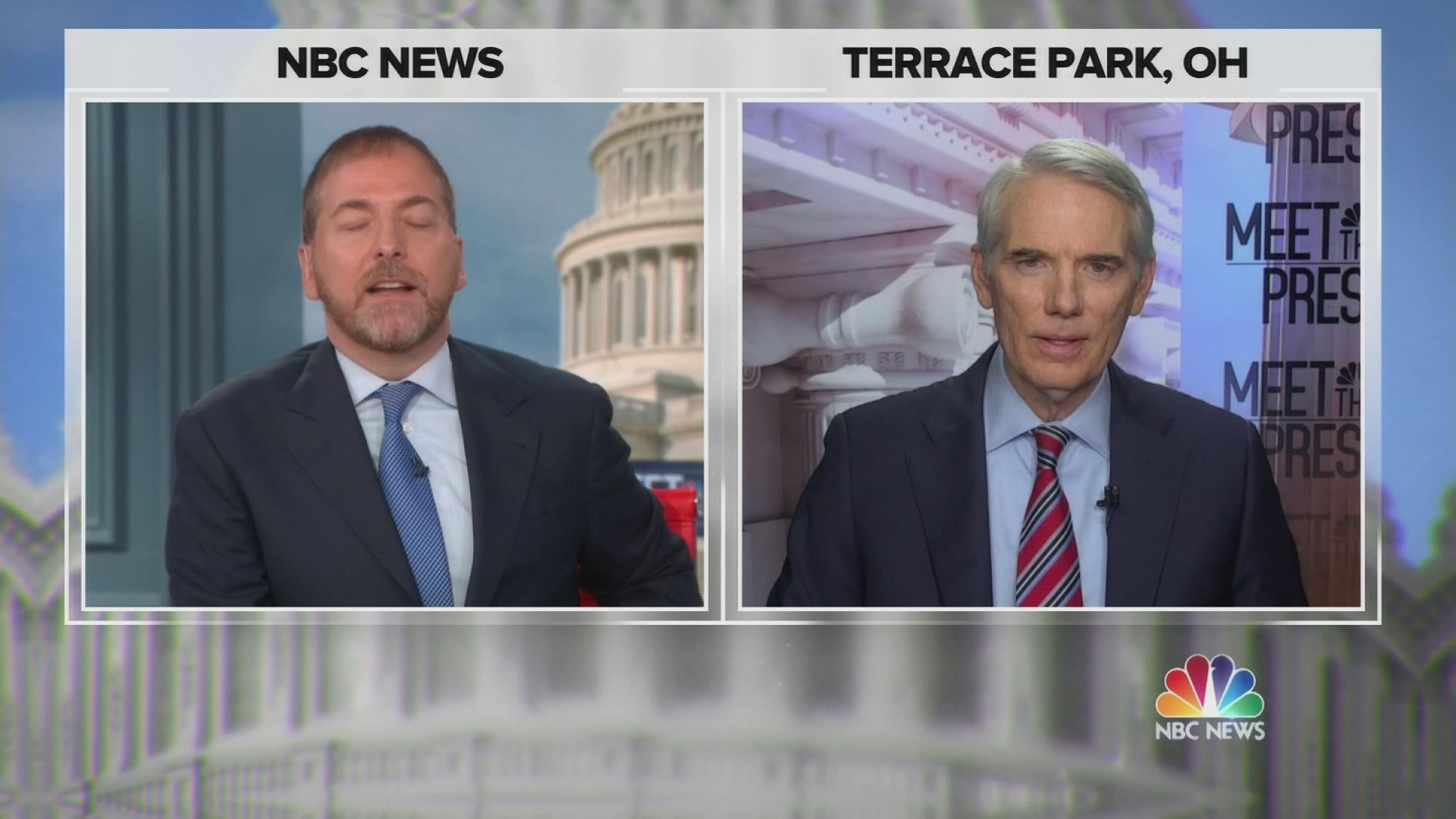 "Only about 20 percent of the jobs bill that the President is proposing goes to real infrastructure," Portman told "Meet the Press" host Chuck Todd as one of his reasons for coming out against the legislature.

The Senator also address the American Families Plan, a $1.8 trillion plan that the White House says "will create millions of good jobs, rebuild our country’s physical infrastructure and workforce, and spark innovation and manufacturing here at home."

Portman says that he is not in favor of having the federal government pay for universal pre-kindergarten and two years of community college, both proposed in the American Families Plan.

RELATED: Biden to propose free preschool in address to Congress

"Typically, it is not a federal government responsibility. As you know, feds probably pay about 6 or 7 percent of K-12 education," Sen Portman said. "I think we can provide some incentives for it. Pre-K makes sense," Portman did clarify.

While he said he is "a big fan of what community colleges do," Portman said he is more excited by funds being allotted for trade schools and worker retraining, saying "let's close the skills gap. To me, that would be the most effective use of that funding."

Portman is slated to retire from the Senate in 2022.

Editor's note: The video in the player below is from a story published on April 28, 2021.