The man set up a cellphone before picking up a brick and striking the officers from behind. 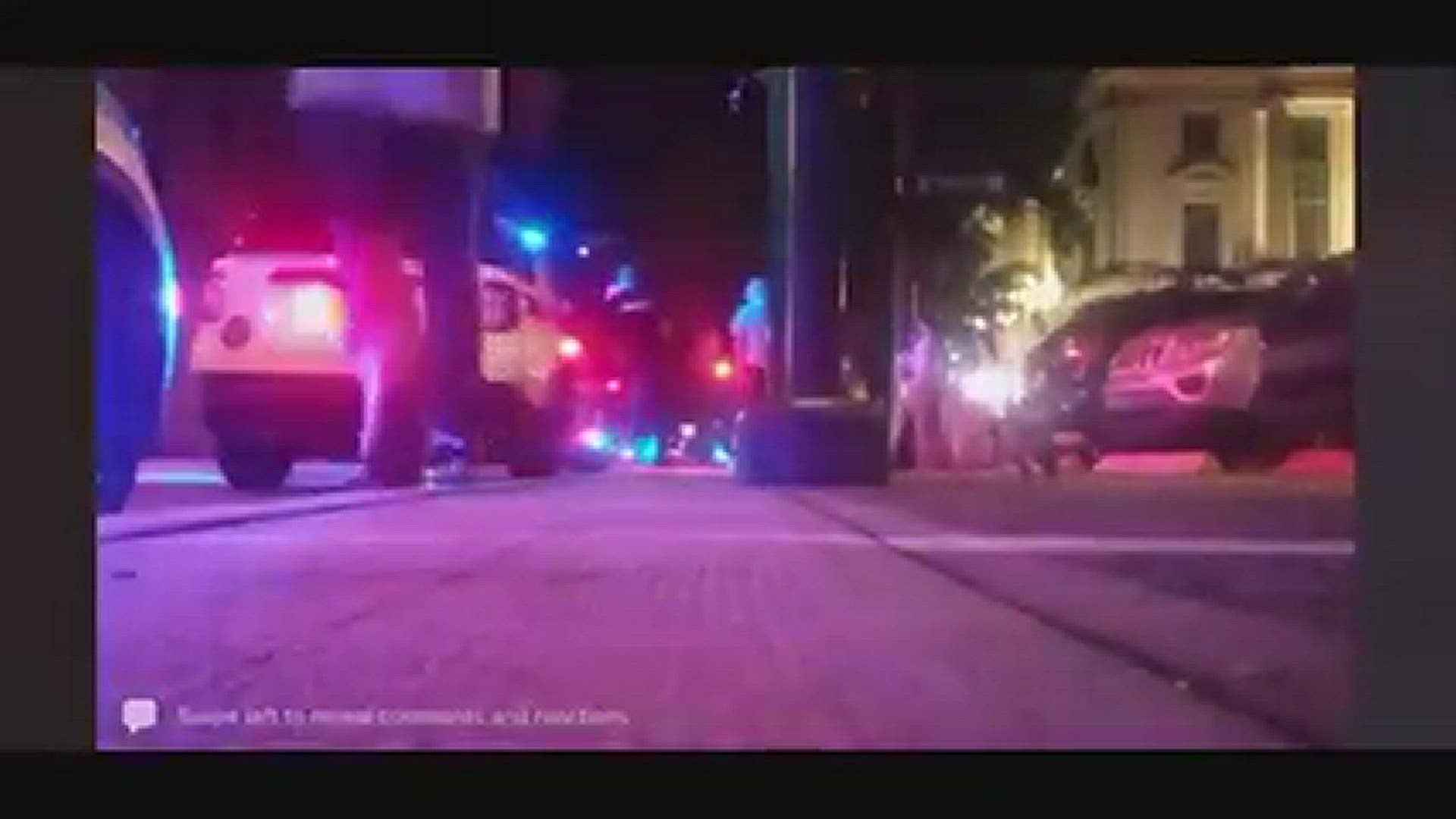 ORLANDO, Fla — The Orlando Police Department said their officers have suffered at the hands of two unprovoked attacks in the last week.

The latest attack was live-streamed before a Facebook audience when a man attacked two police officers from behind with a brick in downtown Orlando, authorities say.

William McClish, 27, attacked the officers with a brick at Washington Street and Magnolia Avenue around 12:40 a.m. on Saturday, police tell WKMG News.

Police released video from the man's phone showing him picking up the brick from behind a car and repeatedly striking the officer in the head. Police Chief Orlando Rolon said the office suffered significant facial injures and the other officer was bit and nearly had his eye gouged out.

Rolon also said it took four officers to arrest McClish before he was taken into custody.

At this time, McClish faces several charges including attempted murder of a law enforcement officer.

This attack comes not long after police say a group with weapons fired gunshots against police officers before they could get out of their car.

"We cannot wait for an officer or a citizen to be murdered," Rolon said in a statement on Facebook. "Prosecution and proper sentencing will be a deterrent for those who think they will only get a slap on the hand and probation soon after a short time in prison."