Leon Bibb: Chauvin trial could be a turning point

What is it that makes this scene a turning point? It is the video. The unblinking eye of a camera trained on police officer Chauvin and victim George Floyd. 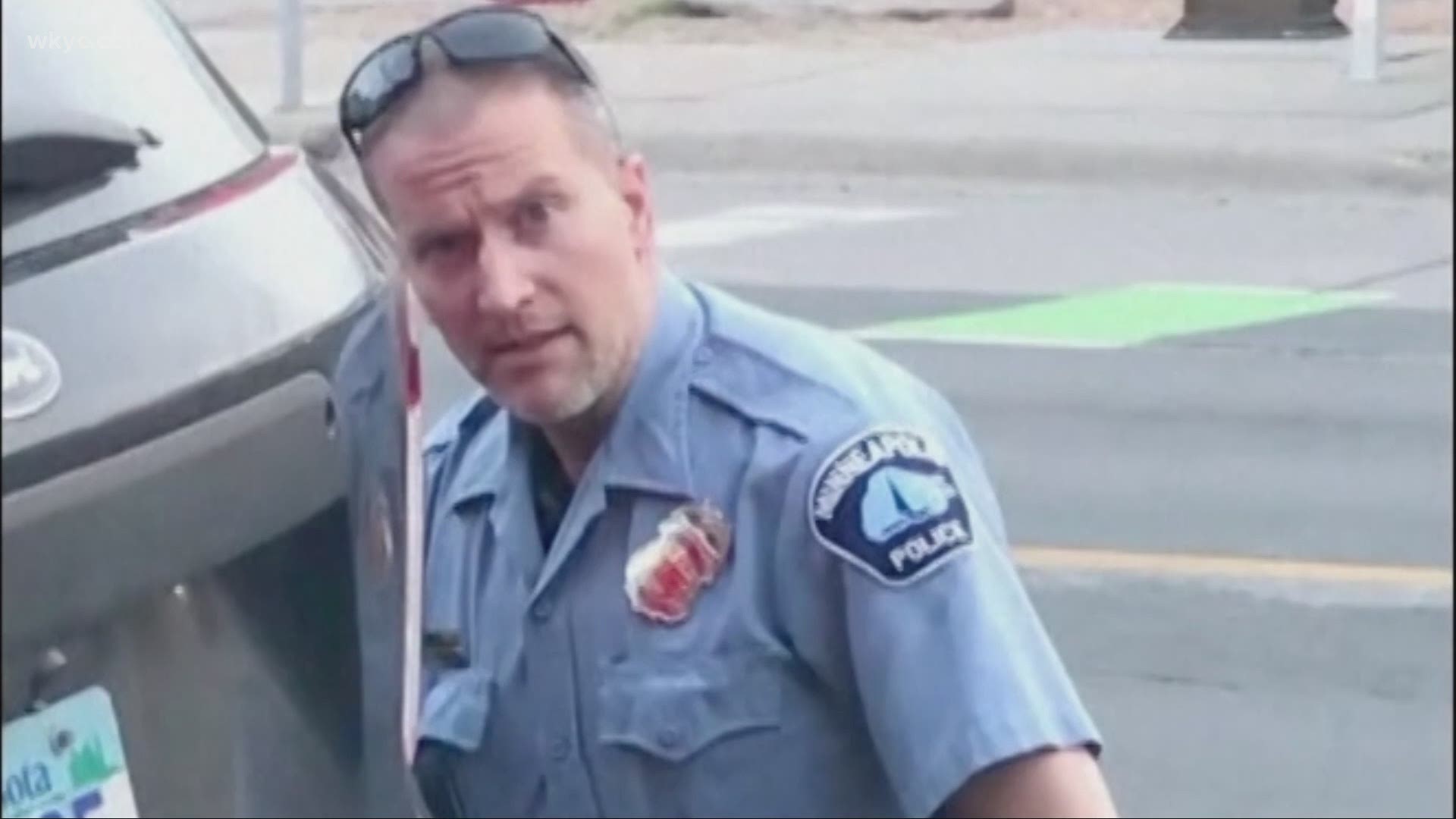 CLEVELAND — The scene is shocking, deeply distressing. Horrible by any account of it. Through the moving video of the death of George Floyd of Minneapolis, the world saw the man struggling and pleading for life, gasping for the breaths he could not take while under the knee of a police officer.

Many times, we have seen other scenes of controversial killings at the hands of police. But often those scenes captured by a camera showed images so blurry or distant, there could be different interpretations of exactly what took place.

But what THIS camera recorded was different. Up close. Focused. With audio. Underway is the murder trial of Derek Chauvin, the former Minneapolis police officer whose knee was pressed into Floyd’s neck for more than nine minutes. In race relations, the killing of Floyd marks a turning point in this nation.

Question: What is it that makes THIS scene a turning point?

It is the video. The unblinking eye of a camera trained on police officer Chauvin and victim George Floyd. The video says so much. This case is unlike so many others where police actions came into question – where there was no camera or where images were blurry, out of focus, or distant.

The case of the Cleveland boy, Tamir Rice, who was playing with an airsoft pellet-firing replica-style gun and was killed by a Cleveland police officer’s gunfire  in a highly-controversial shooting. The Tamir Rice killing captured by security camera video grabbed the nation’s attention. But in the killing of George Floyd, a witness’s cell phone video was made within a few feet of Chauvin’s actions.

The chilling death of George Floyd widened and strengthened the Black Lives Matter Movement which already was protesting controversial police killings of black people. The Movement even spiraled to other countries.  The on-camera killing of George Floyd marked a turning point for racial justice and police accountability.

There have been other photographic images strengthening earlier movements. In 1955, the racial murder of a 14-year-old black boy, Emmett Till,  by two white Mississippi men was a turning point.  So gruesome was the boy’s mutilated body, the boy’s mother kept the casket opened so the world could see. The gruesome published photograph  so enraged many in America, the Civil Rights Movement was strengthened. The white men tried for Emmett Till’s murder were acquitted by an all-white Mississippi jury, only to admit to a national magazine they, indeed, had murdered the boy.

In 2020, more turning point images. More than nine minutes of recorded video of  Minneapolis Police Officer Derek Chauvin pressing his knee into the neck of George Floyd while several other officers stood near. Had there been no witness’s camera, what would have been any police-written report as to how George Floyd had died?  But a camera was there to also capture the demeanor of Derek Chauvin blankly looking into the lens. The unblinking eye of a camera recorded the scene as well as the voices of witnesses begging for Floyd’s life as George Floyd himself begged for breath until his voice fell silent.

It is now a courtroom case where the charge is murder, and the star witness is a video.  A case where distressing images mark a turning point in the nation’s conscience not only about a horrible death which the images show, but also about racial justice and police accountability which are also on trial. A Turning Point.

*Editor's Note: The video in the player above is from a panel discussion held March 30 on how race is impacting the trial.