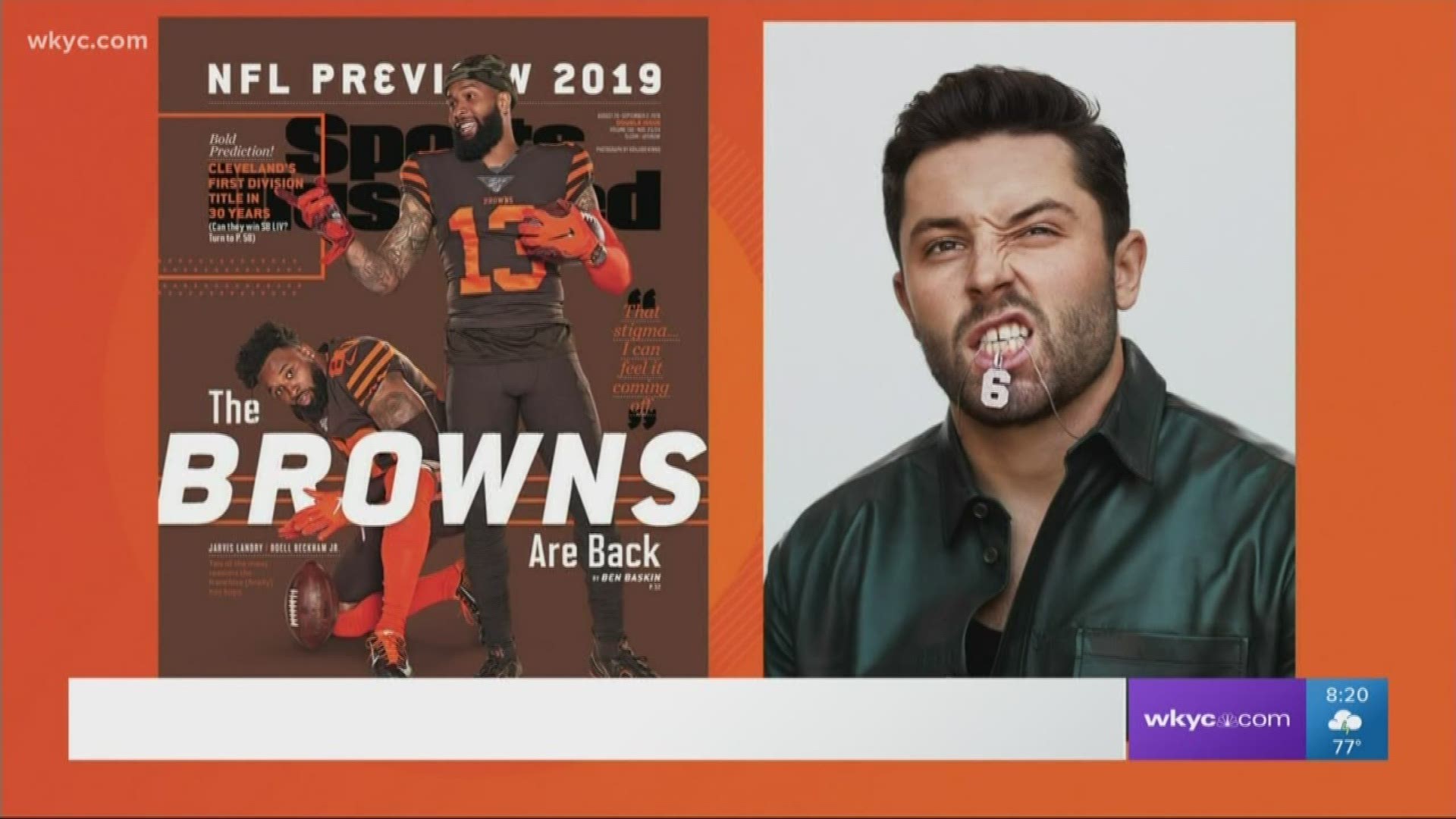 Someone else already said it best about Mayfield making news in GQ. So I’ll defer to Tony Grossi on ESPN 850 Tuesday when asked the same basic question: “It’s better than High Times.”

Bud: Some folks are comparing Yasiel Puig to Albert Belle, but I don’t see it. Belle had the more powerful stick and Puig the more powerful arm. And Albert needed only one finger to wave. — Vince G., Cincinnati.

Outside of weekly therapy sessions, I haven’t thought about Albert in 25 years.

Bud: So Odell Beckham Jr. told Sports Illustrated his trade from the Giants to the Browns wasn’t a business deal? That the Giants sent him here “to die.” I don’t get it. Weren’t the Browns better than the Giants a year ago? — Chuck.

I don’t want to say Beckham can be overly dramatic, but, confidentially, that’s what one of his old kicking nets is telling people.

Bud: I am having knee surgery this week and I wonder if you think I'll be able to run a 4.45 40-yard dash after this. — EastSide Eddie.

Depends. Is Stipe Miocic chasing you? On the back of a dragon?

Hey, Bud: Be honest. You had to have received some sa-weet endorsement deals for Links to the Game.  — Keith Jameson, Fairview Park.

Bud: Other than going face-first into the single-fold cologne sample pages, why would you ever pick up an issue of GQ magazine? — Jim Corrigan, Fairview Park.

I do it now on the off chance that the next Brown featured there is Freddie Kitchens trying to bring back the RompHim.

Bud: Is it true Antonio Callaway is all in favor of joint practices? — Paul Ferko, Parma.

Bud: I see Chris Sale reached 2,000 strikeouts faster than any other pitcher. How does that compare to your high school dating career? — Kevin from Medina.

You Said It “winners” finally make a connection.