No. 3 Ohio State beats back comeback bid by No. 9 Indiana 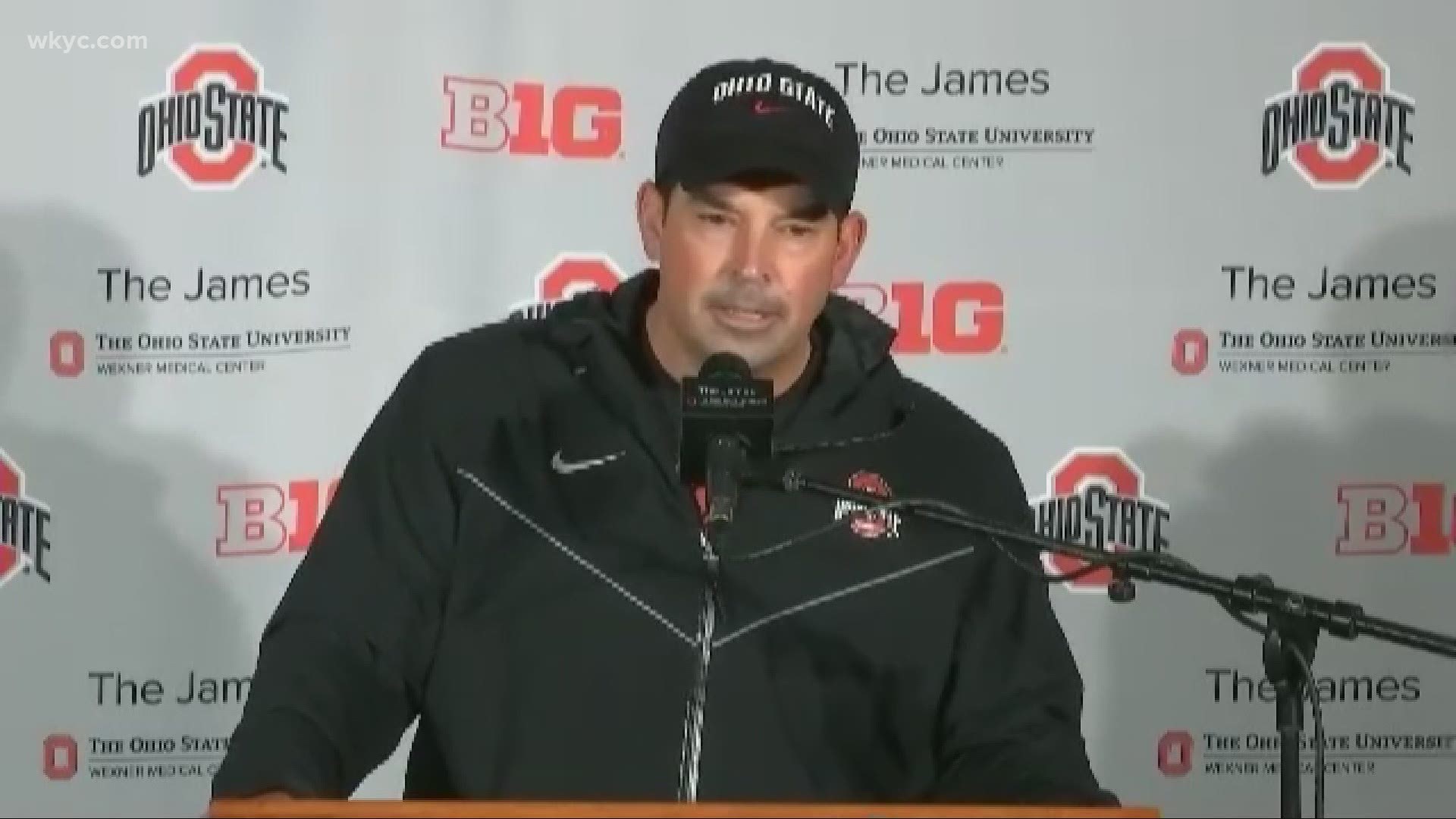 Master Teague ran a career-high 169 yards and two touchdowns, Justin Fields accounted for three scores and No. 3 Ohio State held off a comeback bid by Michael Penix Jr., Ty Fryfogle and No. 9 Indiana to win 42-35 on Saturday.

The Hoosiers (4-1) rallied from a four-touchdown deficit in the second half and made it a one-score game with 10:26 left, when Penix and Fryfogle connected on a 56-yard touchdown.

Penix was 27 for 51 for a career-high 491 yards and five touchdown passes for Indiana.

The Buckeyes (4-0) put up 607 yards and led 35-7 early in the second half, but struggled to contain Penix and Fryfogle, who caught seven passes for 218 yards and three touchdowns.

Fields was 18 for 30 for 300 yards and two touchdown passes, but he also threw his first three interceptions of the season and was sacked five times.

Garrett Wilson had seven catches for 169 yards — his fourth straight game of 100-plus yards — and two scores for the Buckeyes.

Penix passed for four touchdowns in the second half but also made a critical error, tossing an interception that Ohio State’s Shaun Wade returned for a touchdown at the end of the third quarter.

Indiana had climbed its highest ranking in the AP Top 25 in more than a half-century, and the Hoosiers had pumped up their confidence by beating conference rivals Penn State, Michigan and Michigan State for the first time in program history.

Indiana: Penix had a great day but came up just short of being able to dig the Hoosiers out of the hole and Indiana has now lost 26 straight to the Buckeyes.

Ohio State: The Buckeyes took awhile to get going, and Fields had a few rough patches. Getting outscored in the second half for the second straight game has be to concerning.

Indiana: After reaching its highest poll ranking in over a half century, the Hoosiers will tumble slightly.

Ohio State: Beating another Top 10 team should get the Buckeyes some attention and possibly some more votes.

Indiana is scheduled to go on the road against Maryland, which has had its last two games canceled because of positive COVID tests there.

Ohio State is at Illinois.