5 candidates to replace Corey Kluber in the Cleveland Indians' rotation

Corey Kluber left the Cleveland Indians' loss to the Miami Marlins on Wednesday with a fractured right forearm. 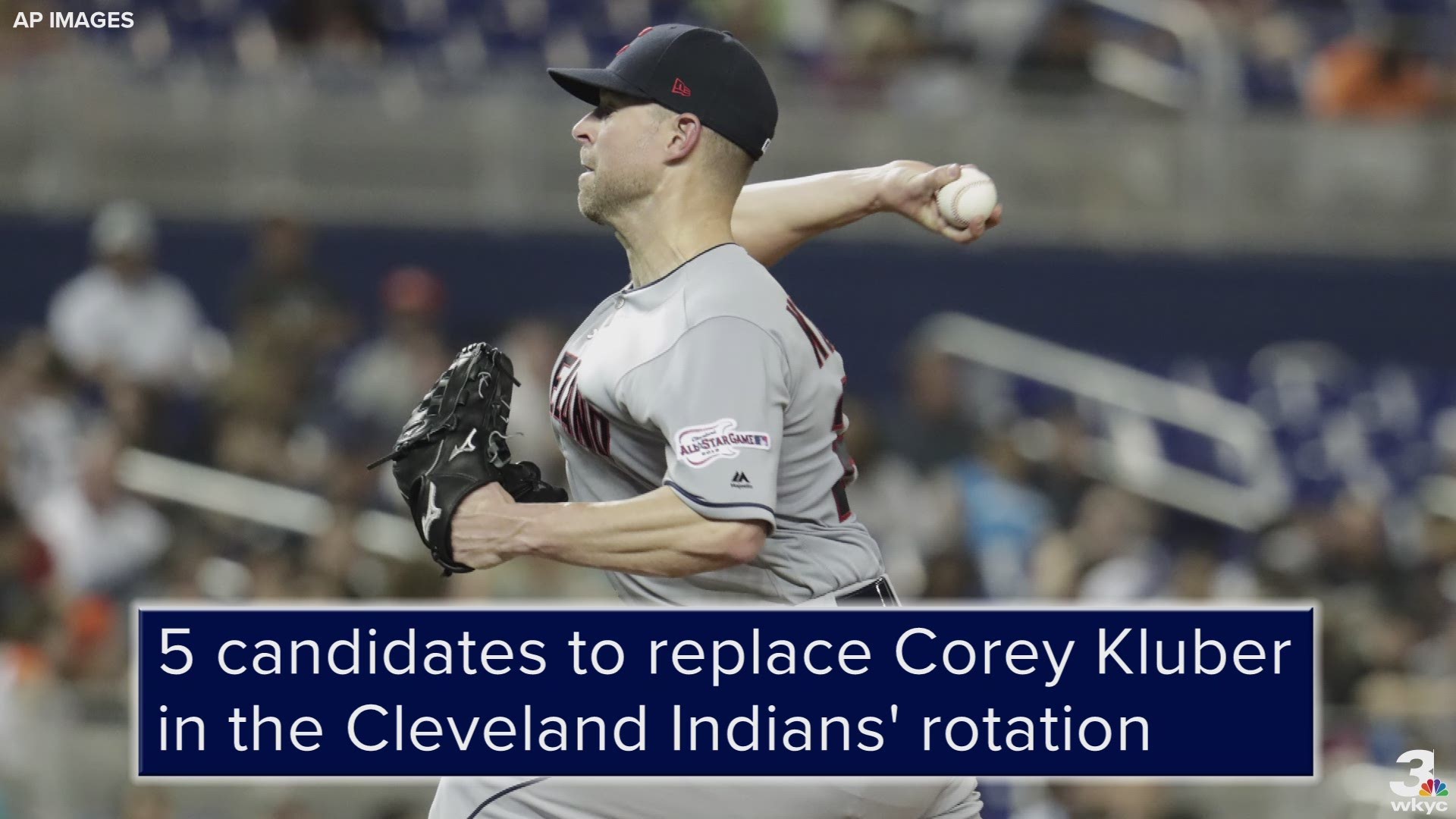 For all the questions surrounding the Cleveland Indians' roster entering the 2019 season, the team's starting pitching depth wasn't supposed to be one of them.

It didn't take long, however, for that to change.

On Wednesday, ace Corey Kluber took a line drive off his right forearm, leaving the Indians' eventual loss to the Miami Marlins with what was later diagnosed as a non-displaced fracture of the right ulna. Although a timetable has not yet been offered on Kluber's return, the length of his absence from Cleveland's rotation figures to be significant.

With Mike Clevinger still out for at least another month with an upper back strain -- the right-hander began throwing earlier this week -- the Indians' rotation finds itself down two of its top four pitchers. Already, 25-year-old right-hander Jefry Rodriguez appears to have secured one of those spots. But with Kluber now out for the foreseeable future -- and a schedule that includes just one off day between Friday and June 2 -- Cleveland finds itself in need of another starter for its already short-staffed rotation.

Who might the Indians hand the ball to? Let's take a look:

Given his previous experience with the Indians -- he appeared in 34 games from the 2015-16 and three more this season -- Cody Anderson would likely be Cleveland's first choice to fill in for Kluber if not for the 28-year-old still working his way back from Tommy John surgery.

Although he's available to pitch -- the right-hander appeared in three games in relief duty for the Indians before being demoted to Triple-A Columbus earlier this season -- he's likely not ready yet to handle a full starting load. Nevertheless, Cleveland could initially call on Anderson as an "opener" of sorts as he continues to work his way back to full strength.

Already a member of the team's 40-man roster, the Indians could call on Chih-Wei Hu, who they acquired in a trade with the Tampa Bay Rays this past offseason.

A 25-year-old right-hander, Hu already possesses Major League experience, having started 11 games over the course of the previous two seasons with Tampa Bay. In five starts with Triple-A Columbus this season, Hu has amassed an 0-1 record, to go along with a 5.01 ERA and 16 strikeouts.

If the Indians are looking to promote a hot hand, they could do worse than Michael Peoples, who has totaled a 3-0 record, 2.96 ERA and 25 strikeouts in five appearances in Columbus this season. Although he's not currently on Cleveland's 40-man roster, the Indians front office should be plenty familiar with the 27-year-old right-hander, who has spent the past seven years in the team's minor league organization since being selected in the 14th round of the 2012 MLB Draft.

Like Anderson, Adam Plutko would likely be an obvious solution to the Indians' need for a starter if not for the fact that he's still dealing with an injury of his own. In fact, while Plutko may ultimately be Cleveland's long-term solution for replacing Kluber -- at least while Clevinger remains sidelined -- it won't be until the 27-year-old righty fully recovers from the right forearm strain that has kept him sidelined since the start of the season.

In 17 games with the Indians last season -- including 12 starts -- Plutko tallied a 4-5 record, 5.28 ERA and 60 strikeouts. Although he began the year initially optioned to Triple-A Columbus, he was expected to be the next man up should the Indians find themselves in need of help in its starting rotation.

Asher Wojciechowski, like Peoples, isn't currently on the Indians' 40-man roster. But if the right-hander's hot start to the 2019 season continues, that won't be the case for long.

In four starts with Triple-A Columbus this season, Wojciechowski has allowed just 11 hits, amassing a 2-0 record, 0.82 ERA and 24 strikeouts. In his most recent outing on April 25, the 30-year-old allowed three hits and no runs in five innings pitched, picking up a win over the Norfolk Tides.