He's the 13th Cleveland Indian to become a Hall of Famer. 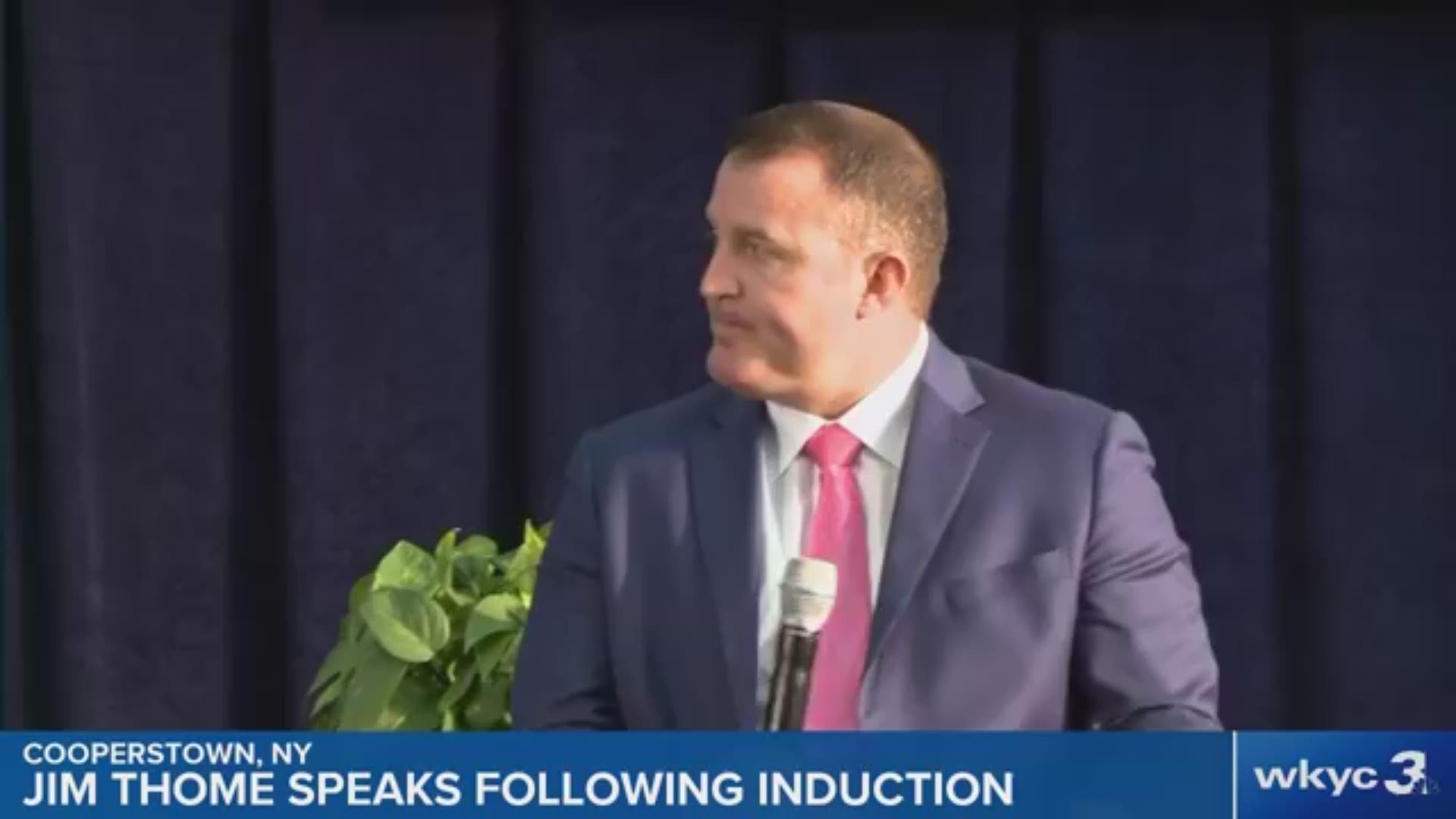 COOPERSTOWN, N.Y. -- There was no bigger name among Cleveland's streets in the 90s.

Jacob's Field was packed with Jim Thome jerseys from April to October. The slugging third baseman became a hero to children and adults alike as his mammoth moonshots into the bleachers became a spectacle.

On Sunday, Thome joined baseball's greats in the National Baseball Hall of Fame.

Thome was the last of the inductees to speak and receive his plaque, but the Indians fans in attendance were happy to wait for his moment.

"What can I say about Cleveland?" Thome said. "My time in Northeast Ohio shaped the person that I am today."

Family was also an integral part of Thome's speech as he thanked his wife, Andrea, and their kids, Landon and Lila, who sang the national anthem to lead off the induction ceremony.

Thome's mother passed away 13 years ago, but he said he hopes the man he's become has made her proud.

"You can take a lot of credit for it," he added.

Thome was the Indians' 13th round pick of the 1989 draft. The Peoria, Illinois native made his major league debut in September 1991, though injuries the following year kept him in the minor leagues before his career at the plate excelled.

Thome remained in Cleveland for 12 seasons, which included three straight All-Star nods from 1997-99. Though he departed for Philadelphia in 2003, he eventually returned to Cleveland at age 40 for the 2011 season.

Through 22 seasons in MLB, Thome hit for a .276 average, highlighted by 612 home runs, making him eighth on the list of all-time home run leaders.

Thome's induction Sunday made him the 13th Indian to enter the Baseball Hall of Fame. He's already a member of the Indians' Hall of Fame and a statue depicting his infamous batting stance sits inside the center field gate at Progressive Field.

Now that he'll rest among baseball biggest stars, Thome urged all kids to pursue their dreams and work hard.

"Baseball is beautiful and I am forever in its service," he said.