With the Cleveland Indians having established themselves as baseball's hottest team, could MVP consideration be in Carlos Santana's future? 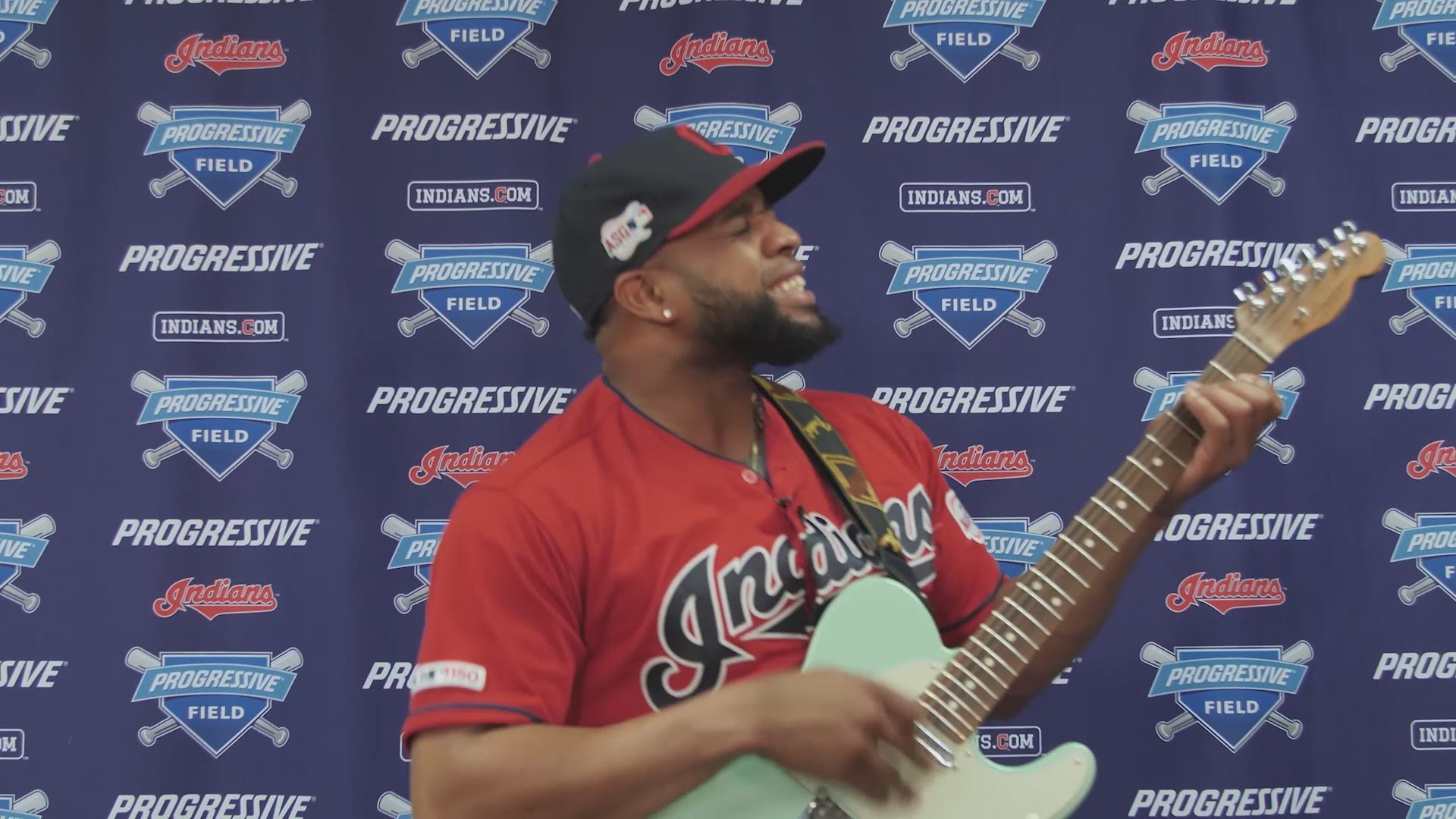 CLEVELAND — If the betting odds are any indication -- and they usually are -- the 2019 American League MVP race is already over.

At -1000 odds -- meaning one would have to risk $1,000 to earn $100 on a successful bet -- Los Angeles Angels outfielder Mike Trout appears poised to land his third career Kenesaw Mountain Landis Memorial Baseball Award.

But just because Trout and his 7.7 WAR already appear to have ended the A.L. MVP race, that doesn't make a look at the other candidates any less interesting. And while the only players listed with odds by sportsbettingdime.com play for the New York Yankees, Houston Astros and Boston Red Sox, a member of the Cleveland Indians may be on the verge of entering the conversation.

Should Carlos Santana be considered an A.L. MVP candidate? There's a case to be made that's growing stronger by the day.

When the most recent MVP odds were released on Aug. 2, the Indians still trailed the Minnesota Twins in the American League Central by 3.0 games. Team success, of course, is hardly a prerequisite for an individual award in baseball like MVP -- look no further than the Angels'  58-62 record. But considering that Santana doesn't possess the name recognition as a player like Trout and has spent the better part of the season playing for a second-place team, perhaps it shouldn't come as a surprise that his MVP candidacy has been slow to get off the ground.

That may soon change.

Having amassed an MLB-best 43-18 record since July 1 -- and American League-best 22-9 record since the All-Star break -- the Indians enter the final stretch of the 2019 season as arguably the sport's hottest team. On Monday, Cleveland overtook the Twins for first place in the A.L. Central with a 6-5 victory over the Red Sox.

Santana hit the game-winning walk-off home run -- one day after beating the Twins with a walk-off grand slam.

While Santana may not be the only -- or even primary -- reason for the Indians' second-half surge, it's worth noting that his steady production throughout the season helped keep the Indians in position to eventually catch the Twins.

On June 1, Santana was the lone player in Cleveland's lineup hitting above .290 and led the team with a .931 OPS and 11 home runs. Who knows where the Indians would be now had he not spent the first two months of the season nearly single-handedly keeping the team's offense afloat.

RELATED: The 5 biggest reasons the Cleveland Indians turned around their season

While Santana's team-leading WAR (3.9) may be just slightly half as high as Trout's, one could argue that four wins to the Indians are more valuable than eight to the Angels. Subtract four wins from Cleveland's total and it would be back in second place. Negate eight victories from Los Angeles and it would remain in fourth place in the American League West.

History, however, suggests, voters won't think this way, as four of the last five A.L. MVPs have also led the league in WAR (Josh Donaldson ranked second when he won the award in 2015). It's also worth noting that Francisco Lindor (3.9 WAR), has quietly made an MVP case of his own -- or at the very least could split votes with Santana should either or both garner consideration by season's end.

Nevertheless, despite baseball's increased reliance on numbers and advanced analytics, the criteria for MVP voting remains subjective. And if you want to make the argument that Santana has been the most valuable player on what has suddenly become one of baseball's best teams, it's there -- or at the very least worthy of taking into consideration.