Bauer was not a happy camper. 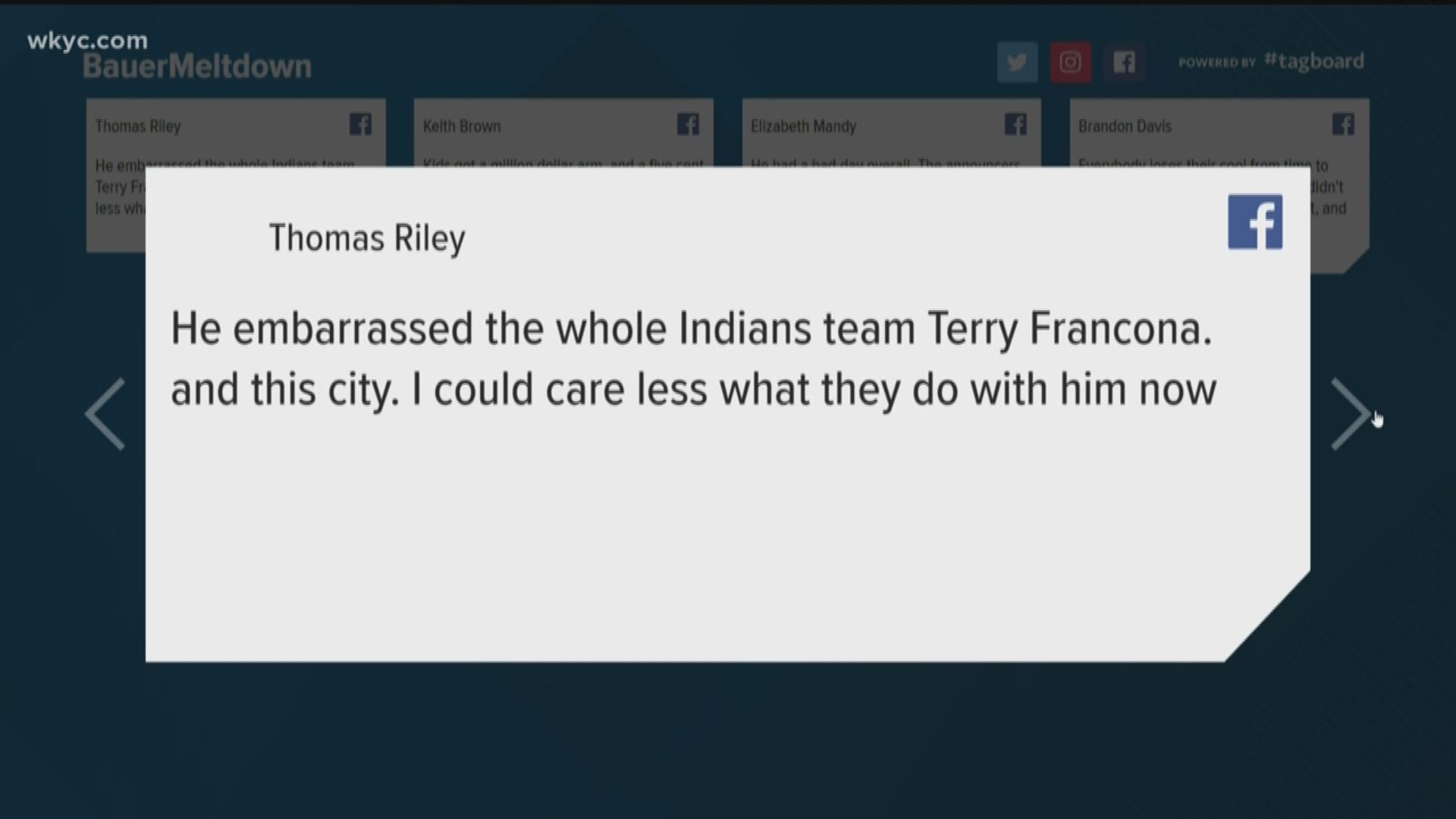 It was a frustrating day in Kansas City for the Tribe, as they hoped to sweep the Royals Sunday afternoon, especially for Indians pitcher, Trevor Bauer.

In the fifth inning, things really started to heat up. Bauer gave up a single to Nick Lopez with the bases loaded, allowing the Royals to take the lead, 6-5.

He launched a baseball clear into center field over the head of Oscar Mercado, clearing the fence at Kauffman Stadium. Check out the clip below.

In the clip, Franconca can be seen giving Bauer a mouth-full before sending him to the dugout.

After the game, while addressing members of the media, Bauer issued an apology for losing his cool.

"It was childish, unprofessional and there's no place for it in the game," said Bauer.

The Royals beat the Indians 9-6.