According to Joe Vardon of The Athletic, J.R. Smith is no longer "actively with" the Cleveland Cavaliers as he seeks a trade. The team confirmed those reports Tuesday. 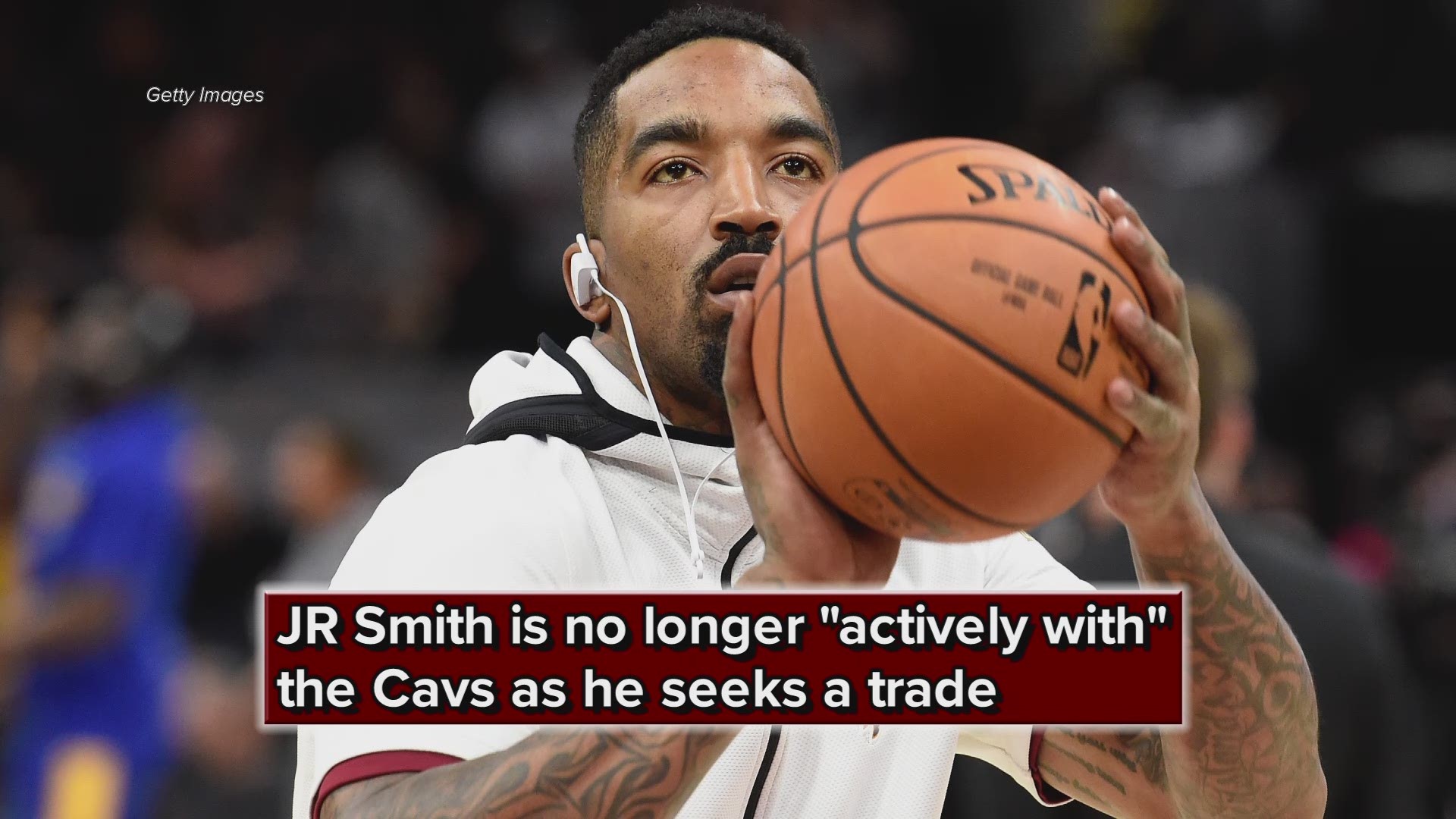 CLEVELAND -- It appears J.R. Smith may have played his final game for the Cleveland Cavaliers.

According to Joe Vardon of The Athletic, the 15th-year shooting guard is no longer "actively with" the team and will work out on his own as he continues to work with the team on a trade. Per Vardon, the breakup is "amicable" and the two teams are not working on a buyout at this time.

"The Cleveland Cavaliers announced today that JR Smith will no longer be with team as the organization works with JR and his representation regarding his future. The organization wishes JR and his family well and appreciates and thanks him for his contributions in the community, to the team and his role in the 2016 NBA Championship."

Vardon's report comes just hours after Smith spoke out regarding the state of the Cavs, who lay claim to an NBA-worst 2-13 record. In an interview with Jason Lloyd of The Athletic, Smith accused the franchise of tanking and said that its primary goal was no longer to win games.

It's been a tumultuous season for Smith, who's found himself reinserted in and out of the Cavs' lineup following the offseason departure of LeBron James. After he was pulled from the team's rotation in favor of younger players earlier in the season, Smith publicly admitted he had asked the team for a trade, although injuries later necessitated him rejoining the starting lineup.

In 11 games this season, Smith has averaged a career-worst 6.7 points per game on .342 percent shooting. He currently has $14.72 million owed on his contract for this season, with a $3.87 million buyout available next summer.

The Cavs will return to action on Wednesday when they host James and the Lakers at 8 p.m ET.