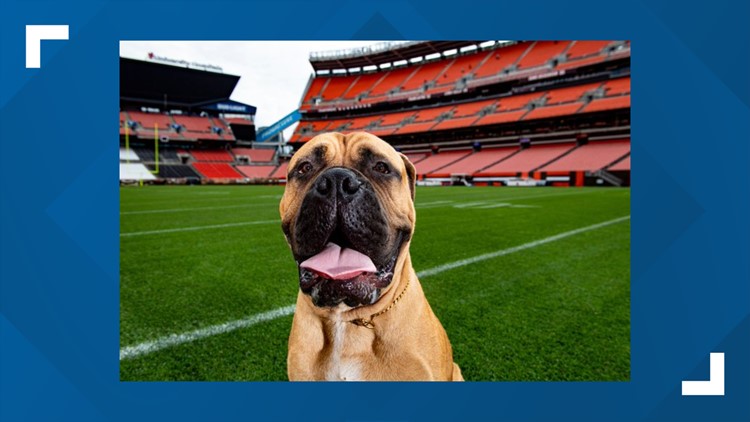 CLEVELAND — It's time for new beginnings!

After five + season with the Cleveland Browns, Swagger, the team mascot was placed on the retired list. With Swagger moving on, the team began searching for a new face for the organization.

Luckily, they didn't have to look too far. The team selected Swagger's son, SJ, to carry on the tradition.

On Sunday, the 11-month -old bull-mastiff will lead the team from the tunnel for the first time as they host the Buffalo Bills at FirstEnergy Stadium.

To get everyone excited for SJ's first official appearance, the Browns released a rocky-themed hype video for the pup. Check it out in the player below.

SJ has earned the American Kennel Club Canine Good Citizen badge and will make pre-game visits to Dawg Pound Drive, just like Swagger did in his career.