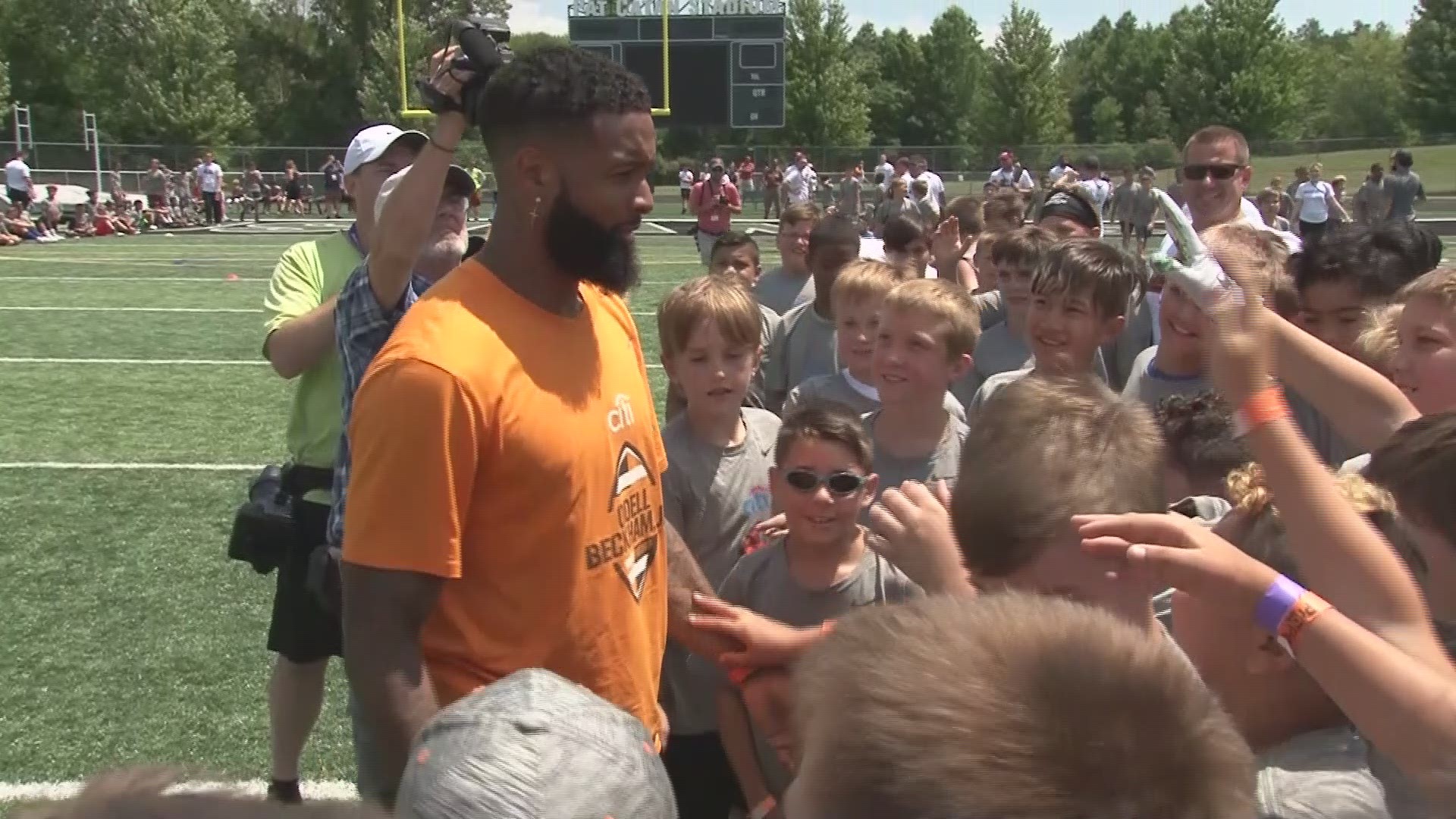 Well, in addition to pursuing a legacy of Super Bowl championships and making a living that could take care of his family for life, Beckham Jr. draws inspiration from a young legion of fans, one in which he relates to well.

“I definitely feel that because I’m a big kid at heart, and I feel like I relate to them so much,” Beckham Jr. said at his football camp at Strongsville High School Tuesday. “Whether it’s the dances, this, that, I feel like I can really relate to them. The thing I love about kids is they’re innocent and pure.

“They haven’t really seen the world as much, so they just live. There’s no shame in them. There’s no having to feel embarrassed about any moment. I have seen that a lot of kids that were fans of other teams.”

Even while playing for the New York Giants, which, as a member of the NFC East Division, comes with heated rivalries with the Dallas Cowboys and the Philadelphia Eagles, Beckham Jr. felt he had the respect of opposing fans.

In order to signify a fresh start to his NFL career after the mid-March trade from the Giants, Beckham Jr. tightened up his hairstyle and dumped the blond look, but if that loyal base of young fans makes a request, he might bring it back.

“I don’t know what’s going to happen with the hair, but I just wanted a fresh start,” Beckham Jr. said.

“I feel a little lighter. Honestly, it was just a fresh start, just kind of you’re not identified by anything, and I’m just comfortable with who I am. We’ll see what happens. There might be some blond going back in there. There’s a lot of kids who want it, so I guess if it’s requested, I might have to go back to it.”