Jim Donovan and Dave 'Dino' DeNatale also look ahead to this Sunday's rematch between the Browns and Steelers in the AFC Wild Card game. 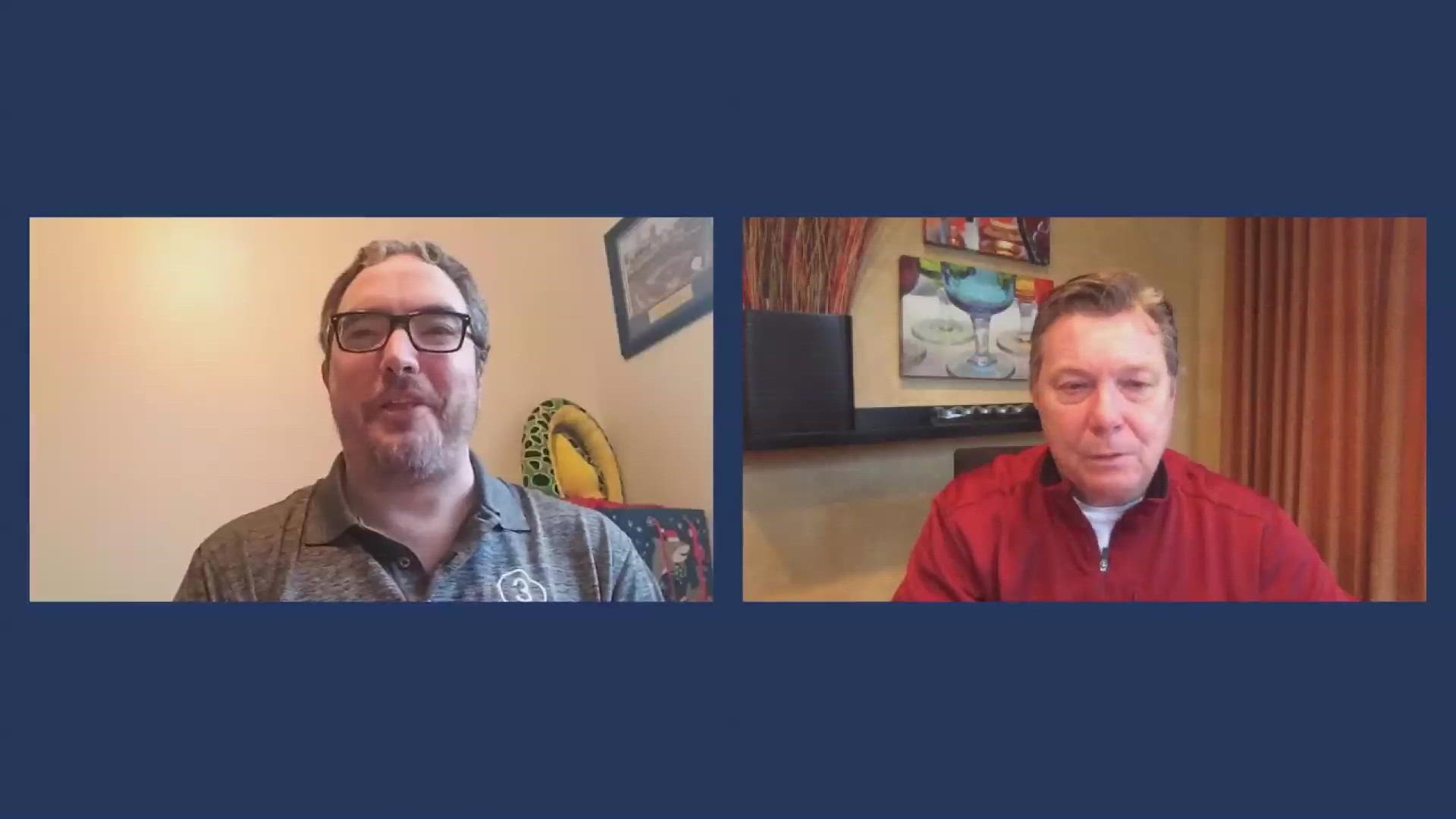 CLEVELAND — There will be moments from Sunday's Cleveland Browns 24-22 win over the Pittsburgh Steelers that we will always remember.

For me, it's going to be this moment.

“And the only thing that’s missing is all of you.” 🥺

The Jim Donovan radio call we’ve all been waiting for. pic.twitter.com/LSTrzvudl6

RELATED: 'Unbelievable! What a season!' Jim Donovan's must-see reaction when the Cleveland Browns made the playoffs

Jim Donovan has been the voice of the Browns since the team returned to the NFL in 1999. In all of that time, he's gotten to call exactly one playoff game. And even after the Browns beat the Atlanta Falcons in the epic 'Run William Run' regular season finale in 2002, it was not a sure thing that the team would advance to the playoffs. So Sunday was the first time that Jimmy has ever gotten to tell the listening audience that the Cleveland Browns were headed to the postseason. But because of COVID-19, he did it in a stadium that only had 12,000 fans inside.

In that moment of joy, Jimmy thought of all of you Browns fans.

"I miss them all. I miss you all," Jimmy said of the fans during our Donovan & Dino show on Monday. "I'm proud to be there and I'm glad we're there calling the games. We are missing a big part of it though, the most passionate fans in the league."

Jimmy also reflected on how it feels to see the Browns back in the playoffs after an 18-year absence. "It means so much to have them back in the postseason," he told me. "It's so neat to think about it, but I think we can only think about it for the 24-hour rule before we start diving in to those Steelers again. But it's a great, great story to tell."

The Browns will indeed face the Steelers once again in the AFC Wild Card game on Sunday night at Heinz Field in Pittsburgh. We'll have it for you on WKYC Channel 3 starting at 8:15 p.m.

Jimmy and I previewed the game with some of these key points:

Watch Donovan & Dino in the player above or below

You can get more from Jim Donovan on the Browns' march to the playoffs on Jimmy's Take here.