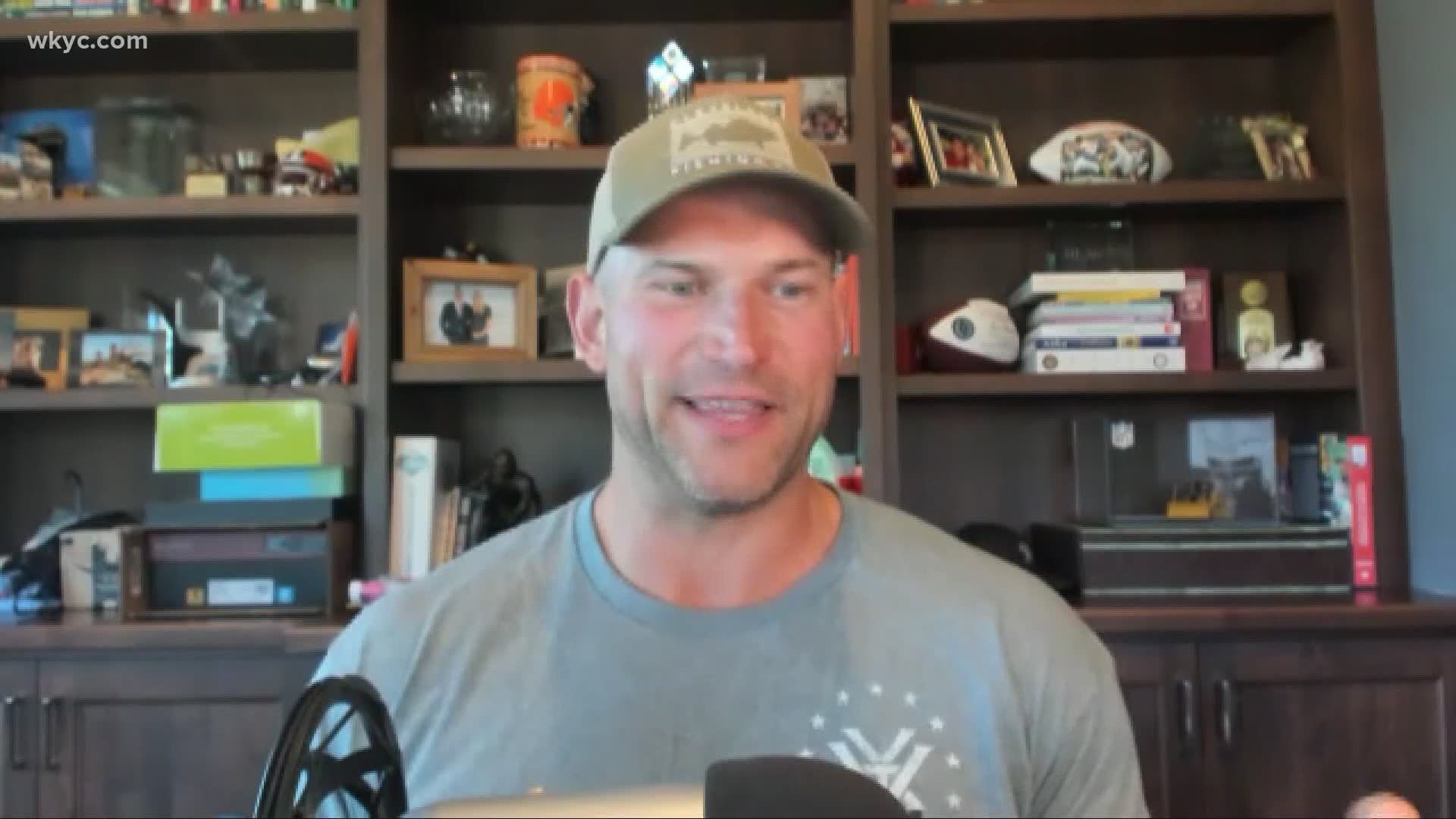 According to a release, the conversation between Thomas and Hawkins will be moderated by the City Club’s Dan Moulthrop and include discussion "about the duo’s NFL careers and how they continue to use their platforms to drive awareness of important social justice topics across sports, education and within the community." Since 2018, Thomas and Hawkins have served as the co-hosts of "The ThomaHawk Show" podcast, which focuses on football and stories from the duo's playing careers.

In addition to airing live on 90.3 WPCN, the forum will be livestreamed on cityclub.org. Afterward, it will also be digitally archived at cityclub.org.

Free registration for the event is available here.

The No. 3 pick of the 2007 NFL Draft, Thomas spent his entire 11-year future Hall of Fame career in Cleveland, earning 10 Pro Bowl appearances while playing an NFL record 10,363 consecutive snaps. Hawkins, meanwhile, joined the Browns as a free agent prior to the 2014 campaign, totaling 123 receptions for 1,424 yards and five touchdowns in three seasons in Cleveland.