Cleveland Browns head coach Kevin Stefanski was named the recipient of the 2020 AP NFL Coach of the Year Award at NFL Honors on Saturday. 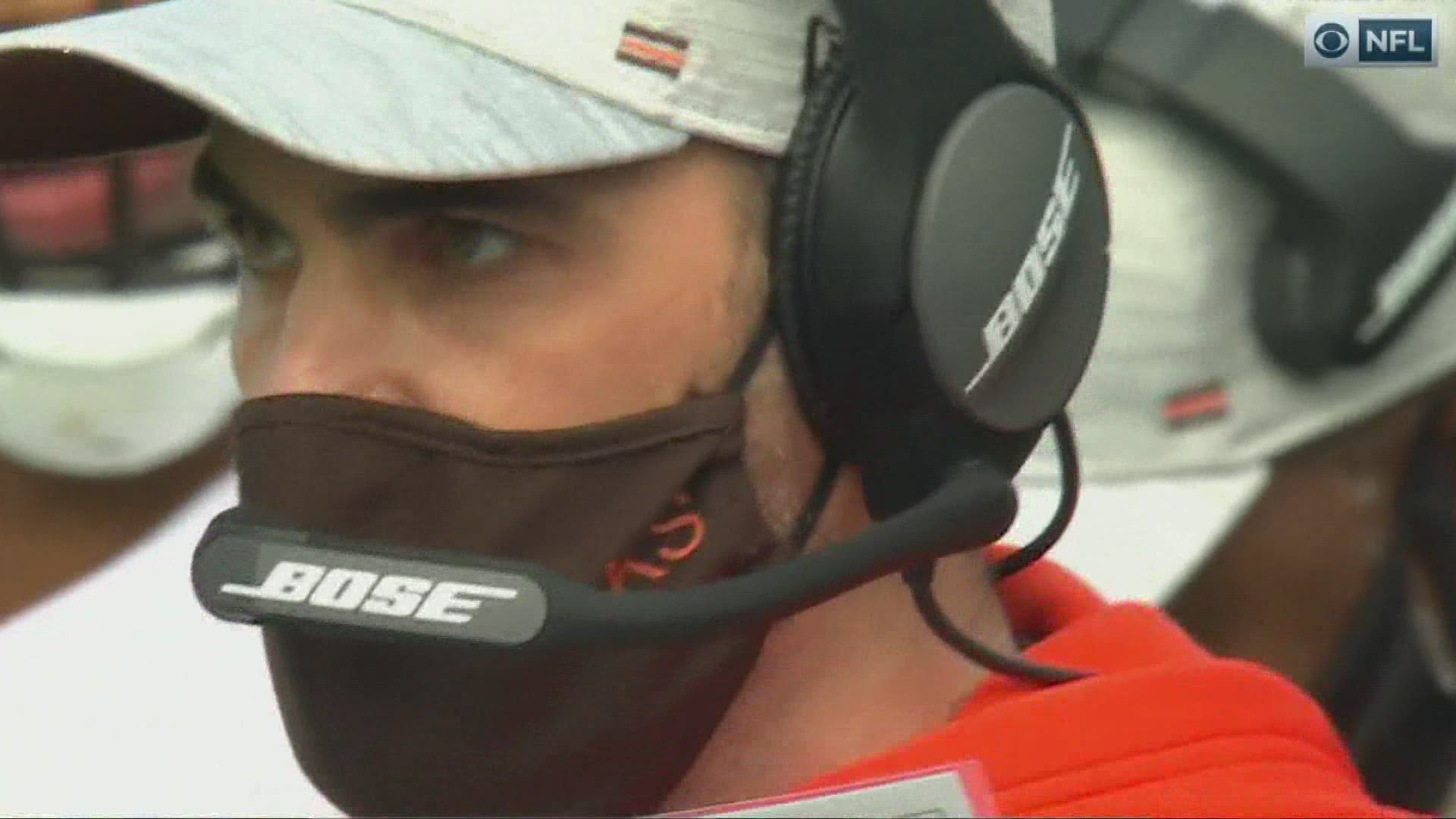 Rather than searching for a new head coach this winter, the Cleveland Browns are celebrating theirs. Nearly one year after being hired as the head coach of the Browns, Kevin Stefanski was named the recipient of the 2020 NFL AP Coach of the Year at the annual NFL Honors show.

In what marked his first season as an NFL head coach, Stefanski helped lead the Browns to an 11-5 regular-season record -- Cleveland's best since the 1994 season. Despite dealing with the challenges of the coronavirus (COVID-19) pandemic, the Browns clinched their first postseason appearance since 2002 and earned their first playoff victory since the 1994 season with a 48-37 win over the Pittsburgh Steelers in the AFC wild card round, before suffering a season-ending defeat to the Kansas City Chiefs in the divisional round.

Stefanski, who was hired in Cleveland following a 14-year stint as an assistant coach with the Minnesota Vikings, is just the second Browns head coach to win the NFL AP Coach of the Year Award, which has been handed out each year since 1957. Forrest Gregg won the award after leading Cleveland to a 9-5 record in 1976.

In addition to being named the NFL AP Coach of the Year on Saturday, Stefanski has also previously won Coach of the Year awards from the Pro Football Writers of America and The Sporting News. This year's NFL Honors was held virtually as a result of the coronavirus pandemic.