Former No. 1 overall pick Myles Garrett enters his second season with the Cleveland Browns carrying no shortage of lofty expectations. 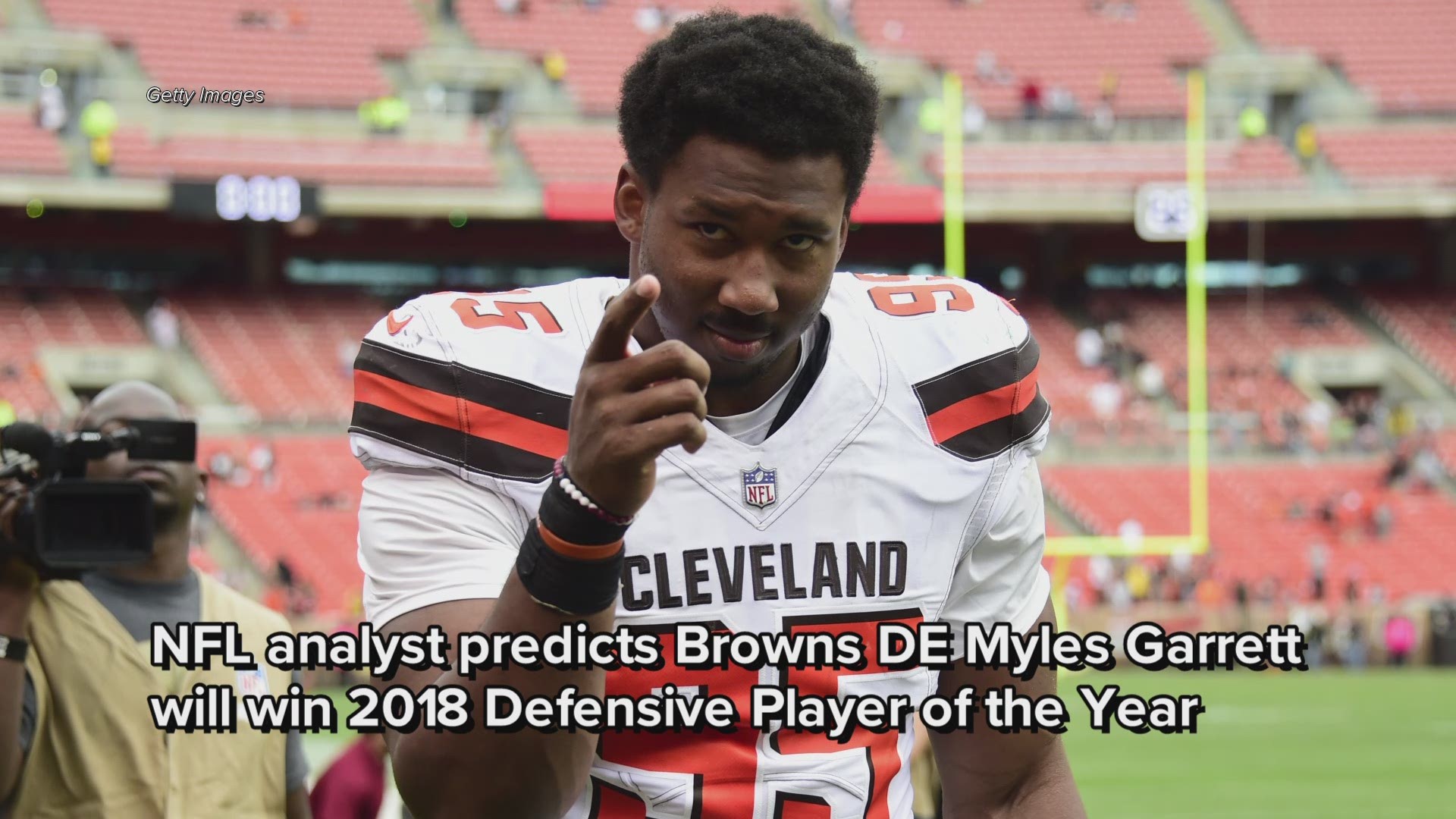 As the debate as to whether or not the Cleveland Browns should play Baker Mayfield right away rages on, there's been little to argue when it comes to the team's other former No. 1 overall picks.

As the 2018 season approaches, this much already seems clear: Myles Garrett appears primed for a breakout campaign.

So much so that one analyst is predicting the top selection in the 2017 draft to walk away with some major hardware in his sophomore season.

"Lock it in. I am putting in my pick right now," Bleacher Report's Chris Simms told his co-host Aaron Lefkoe of his prediction that Garrett would be named the 2018 NFL Defensive Player of the Year. "There is nothing changing my mind."

Simms, who spent five years in the NFL as a quarterback, went on to point to Garrett's impressive preseason as a sign of a burgeoning breakout season. In three games, the Texas A&M product has accumulated 4 tackles, 2 sacks and 3 QB hits, while also recording a safety in the Browns' 5-0 win over the Philadelphia Eagles last week.

"He's the most impressive rusher that I have seen so far in the first two weeks of preseason," Simms said. "He is a specimen. If he played the whole game against the starters last week against Nate Solder and the Giants, I have no doubt that he would have had three sacks in the game. If he played the whole game last weekend against the Buffalo Bills, he would have had three more sacks.

In order for Garrett to win what essentially amounts to the defensive MVP award, he'd have to make a sizable sophomore leap. Simms, however, is expecting just that.

"I think he is going to have a huge year," he said.