Mike gives Browns fans a little perspective to remind us where we came from so we can appreciate that we’re now 8-3. 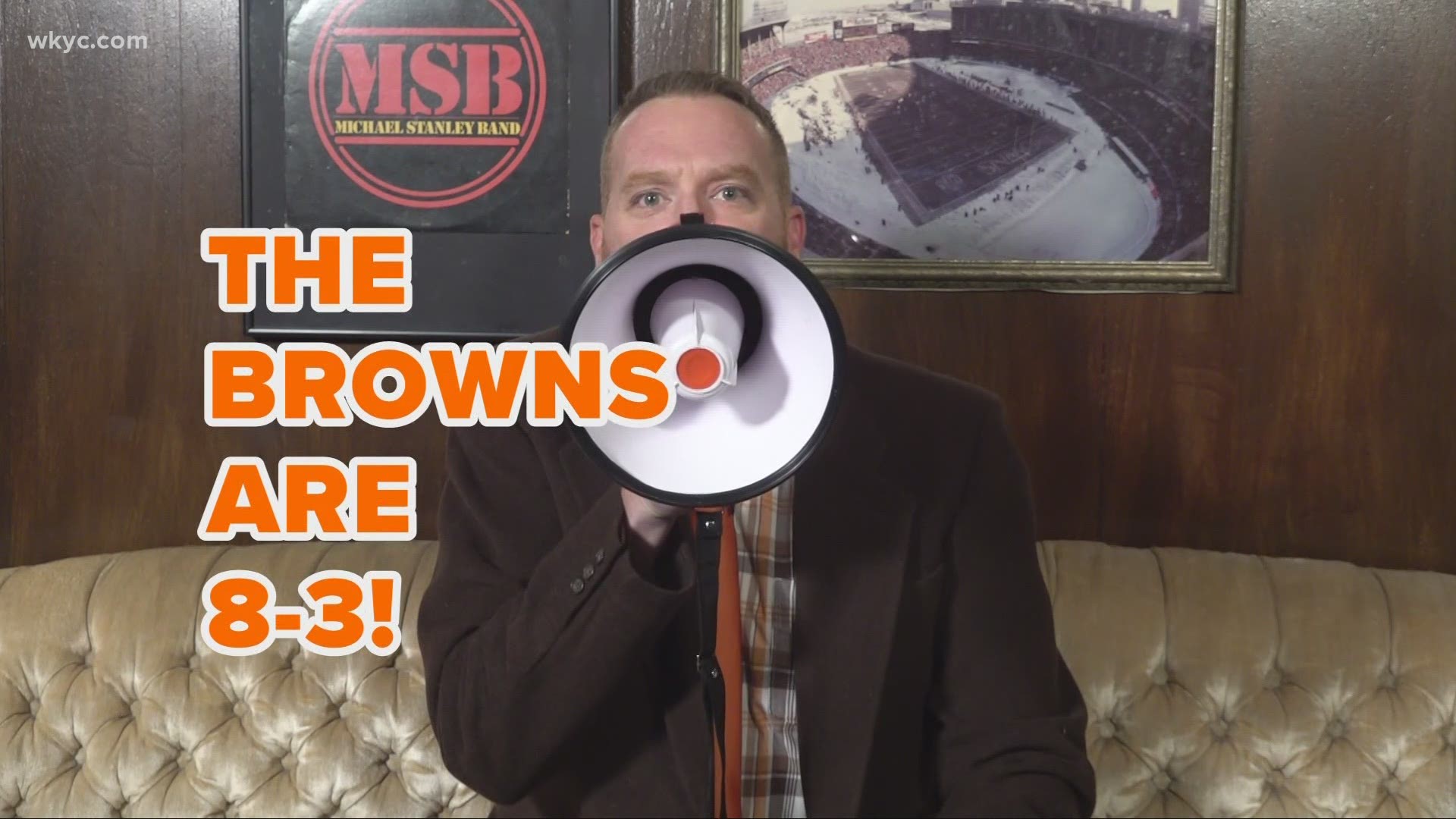 CLEVELAND — I’m hearing a lot of negative nellies out there clucking about how the Browns aren’t actually as good as their 8-3 record suggests, but that they’re merely benefiting from an easy schedule and racking up cheap wins against inferior opponents.

Well here’s what I have to say to you people…there is definitely a lot of truth in that.

We are barely winning games against dumpster dweller teams and most of the time we do NOT look good doing it.

So you have a point there. But here’s the thing about that: Boy I don’t care about that.

Ya know what I care about? The Browns are 8 and 3.

Let me ask you this: Who are we as Browns fans to suddenly become picky about how we win football games? Did some of you just get here? I wouldn’t care if one of those wins were against Appalachian State.

Look, as I said, could this team be better? Yes. Is the roster perfect? SendeNO. But guys, while you’re out here griping about how we’re a mediocre team barely winning against terrible teams, do I really need to remind you that we just spent the last 20 years BEING the terrible team that was barely being beaten by mediocre teams?

And I’ve gotta tell ya, having now had a taste of both sides of the action, I can say that I strongly prefer this situation.

I think what we need is just a little perspective to remind us where we came from so we can appreciate that we’re here.

You know what I really think our problem is? This is all so new to us. We’re like rookies at winning. We have no experience at supporting a good football team and we’re all still learning how to do it. Here’s hoping we get some more practice.

And remember, next time you’re fretting about about how the Browns beat Jacksonville last week despite that they’re atrocious, just remind yourself of this….