"I get it. You're back home, I understand that. But being back home with people who aren't carrying firearms the proper way makes you look how?" 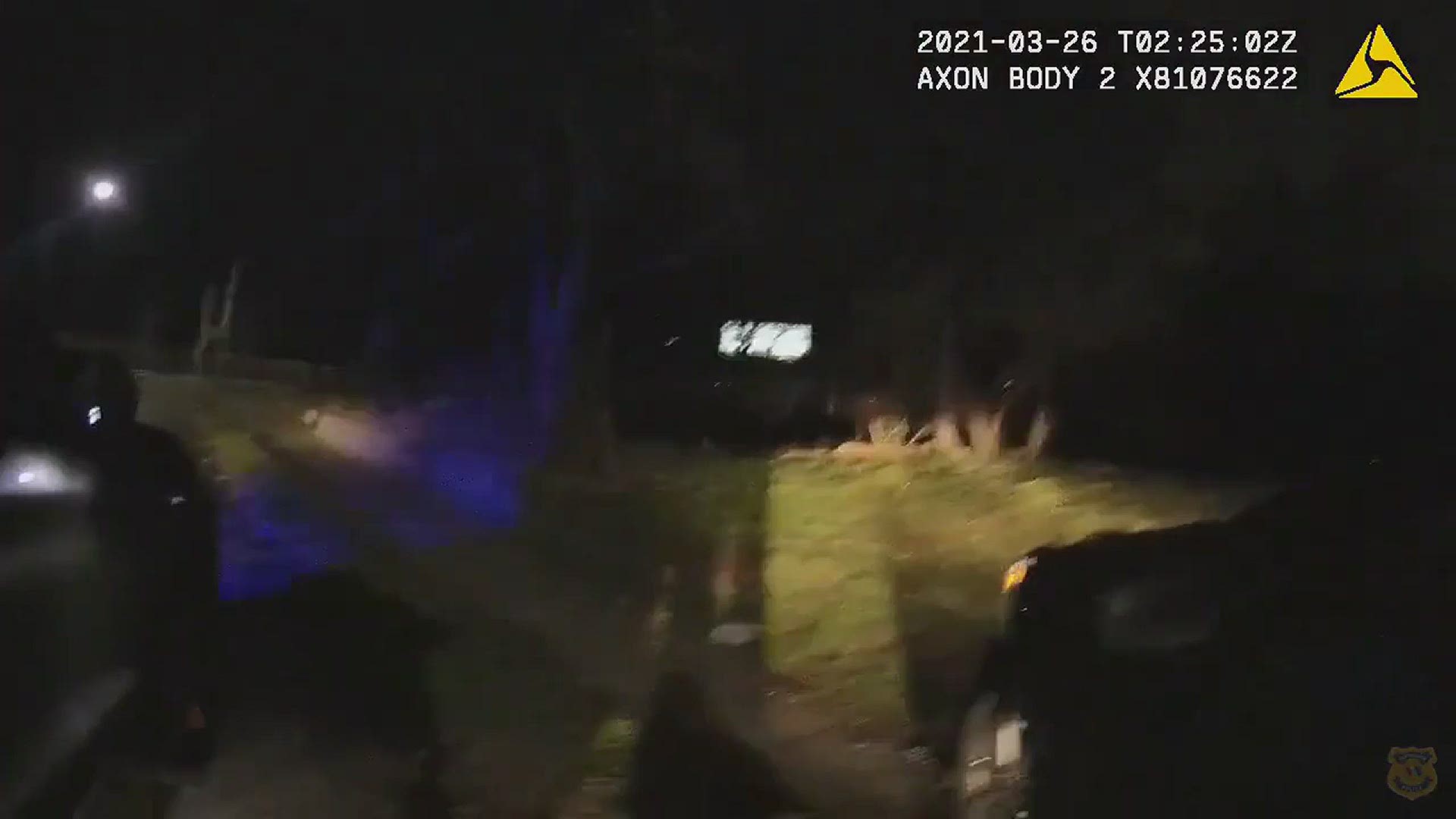 The videos show roughly 13 minutes of the traffic stop that ended in Lattimore's arrest, along with the three men he was with, by the Cleveland Police Department.

Near the beginning of the video, an officer addresses Lattimore and says "If there's something in here, let us know now. No one's gonna get beat on, nothing like that, OK? Just tell us if there's a gun or anything like that in here."

After Lattimore tells the officer that he has a gun on him, the police officer asks where it is, if it's loaded and if he has a concealed carry permit. Lattimore tells him that he does have a permit and that there is a loaded Smith and Wesson in his waistband.

"You're going to shoot your d*** off," the officer responds. "Get yourself a holster, bro."

According to the arrest report, officers initiated the March 25 traffic stop because the driver, Carl Willis, committed multiple traffic violations. In the video, you can hear one officer tell Willis "You're driving like a jackass."

The officers on the scene eventually find out that Lattimore is an NFL player.

One of the officers then goes to confront Lattimore about why he'd be in this situation.

"I get it. You're back home, I understand that. But being back home with people who aren't carrying firearms the proper way makes you look how?" the officer said.

Lattimore was charged with a fourth-degree felony because the handgun in his possession was allegedly stolen.

Willis was arrested for improper handling of a firearm in a motor vehicle and issued a ticket for a broken tail light.

The two other passengers in the car, Kenyon Moon and Maurice Walton, were arrested for having weapons while having a felony record.

Lattimore's bond was set at $5,000 and he was released on bond the Saturday after his arrest.