Did you know Super Bowl footballs are made in a small Ohio town?

The Wilson Football Factory is where every ball in the NFL, since 1941, has been made. 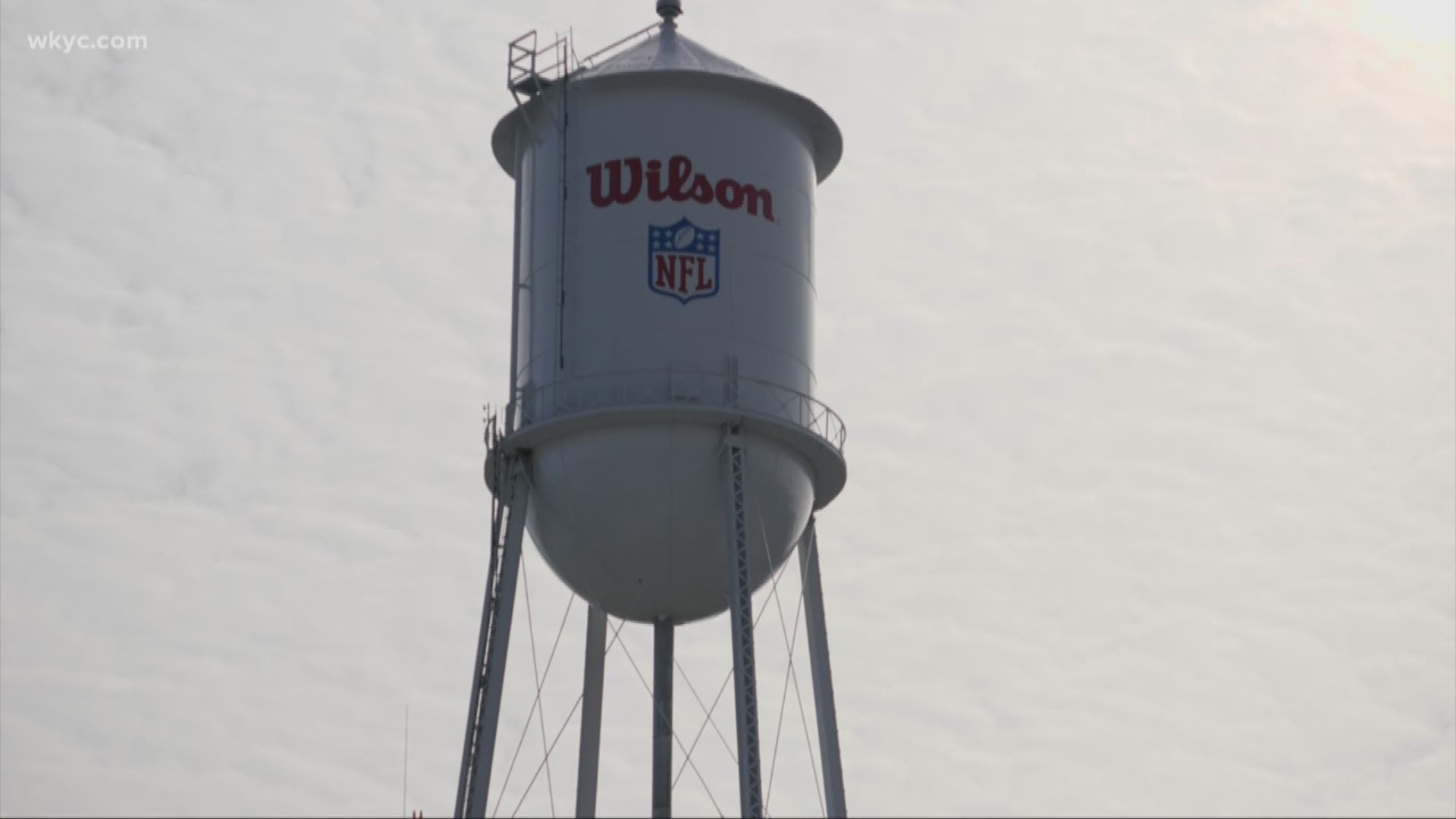 ADA, Ohio – At the kick-off at Super Bowl 52, a piece of Ohio will be feature: the football itself.

In fact, every football, in every Super Bowl has been made in the small town of Ada, Ohio.

“We are surrounded by corn fields most of the year. They don’t realize it’s just a small town here putting this product out there,” said Kaitlin Long, a sewer at the Wilson Football Factory.

The Wilson Football Factory is where every ball in the NFL, since 1941, has been made. Workers and machines have been running 24-7 since the Philadelphia Eagles won on Jan. 21.

“When they kick that Super Bowl off, to know that ball came from Ada, Ohio, that’s a pretty good thing for us,” remarked the Wilson’s plant manager, Dan Reigel.

“This is the busiest two weeks of the entire year. It’s trying to get out as many of these balls as we can,” Reigel said.

Thousands of footballs are cut, stamped, sewn, turned, laced, inflated and inspected, all by hand. Showing off the Super Bowl 52 logo and the team names, 108 balls are sent to both the New England Patriots and Eagles.

They're game balls that carry the pride of the factory workers.

“You realize what you are doing is going to be part of what millions of people are going to be watching at one time,” said Jim Gatchell, who turns the footballs right side out after they are sewn.

“It’s done by, you know, 120, 150 people that are doing it every day of the year by hand. They don’t realize the quality that is going into that product,” Long said.

Sally Mathews has been on the job for a year and a half as a lacer.

“The biggest problem I had learning was getting the right amount of air in the ball to be able to lace it up nice. But I’m getting the hang of it,” she said.

While Wilson has made innovations to high school and college footballs, the balls for the NFL have never changed, since day one.

“Because we don’t want to affect the integrity of the game. If someone kicks a record field goal, then everybody wants it to be with the same ball the prior record was kicked with,” Reigel explained.

So at kickoff, the hard work of Ada, Ohio will be on the field.

“It’s insane to think that all of the balls that were made for the Super Bowl this year I did by myself. I sewed all of them,” Long said.