'Tennis in the Land' tournament kicks off in 2 weeks, bringing international spotlight and millions of dollars to Cleveland

The all-women's tournament is one of three qualifying events for the U.S. Open Tennis Championships. 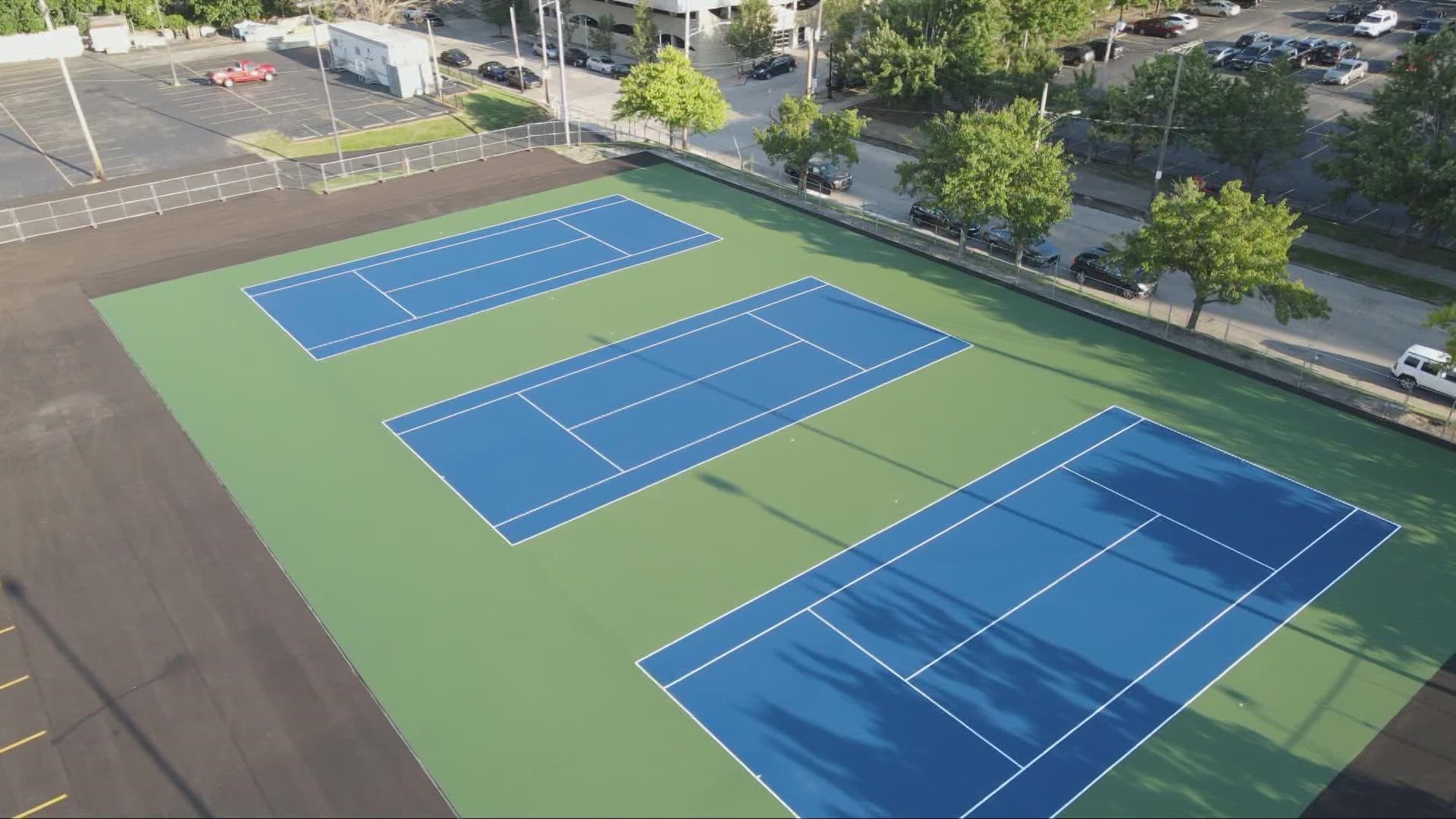 CLEVELAND — Some women's tennis players vying for a chance to play at the U.S. Open will compete in Cleveland first, thrusting "The Land" into the international spotlight.

The "Tennis in the Land" tournament runs from Aug. 22-28 in the West Bank of the Flats.

"We are part of the road map to the U.S. Open," tournament director Kyle Ross said.

The tournament is one of three qualifying tournaments. 48 players from 15 different countries will compete in 54 matches in both singles and doubles at Jacobs Pavilion at Nautica.

"The event's going to broadcast in over 120 countries and 60 million homes in the U.S. Alone," Sam Devall with Topnotch Management said.

Tournament coordinators told 3News they won't be asking for vaccine statuses, but will require masks for players using indoor facilities between matches. More than 1,000 COVID-19 tests will be administered throughout the week-long event for players and tournament staff.

"[This] gives people an opportunity, not only locals, but people who are coming into town to see what Cleveland has to offer," Emily Lauer with Destination Cleveland said.

Spectators coming through the city for the tournament are expected to boost the economy. At a press conference Wednesday, organizers predicted $2 million in direct spending.

"It brings in money from out of town," Lauer said. "It builds our reputations, helps change perceptions and change the narrative of Cleveland outside of Cleveland."

The tennis courts, which line the Cuyahoga River and downtown, offer a unique perspective of the city, which Ross said is unlike any other tournament.

This is the first-ever Tennis in the Land tournament. Organizers said a contract was signed that guarantees the event will be hosted in Cleveland for three years, but that they hope to keep it here for decades.