Residents are concerned over the legality of speeding tickets issued by East Cleveland police from unmanned traffic cameras. 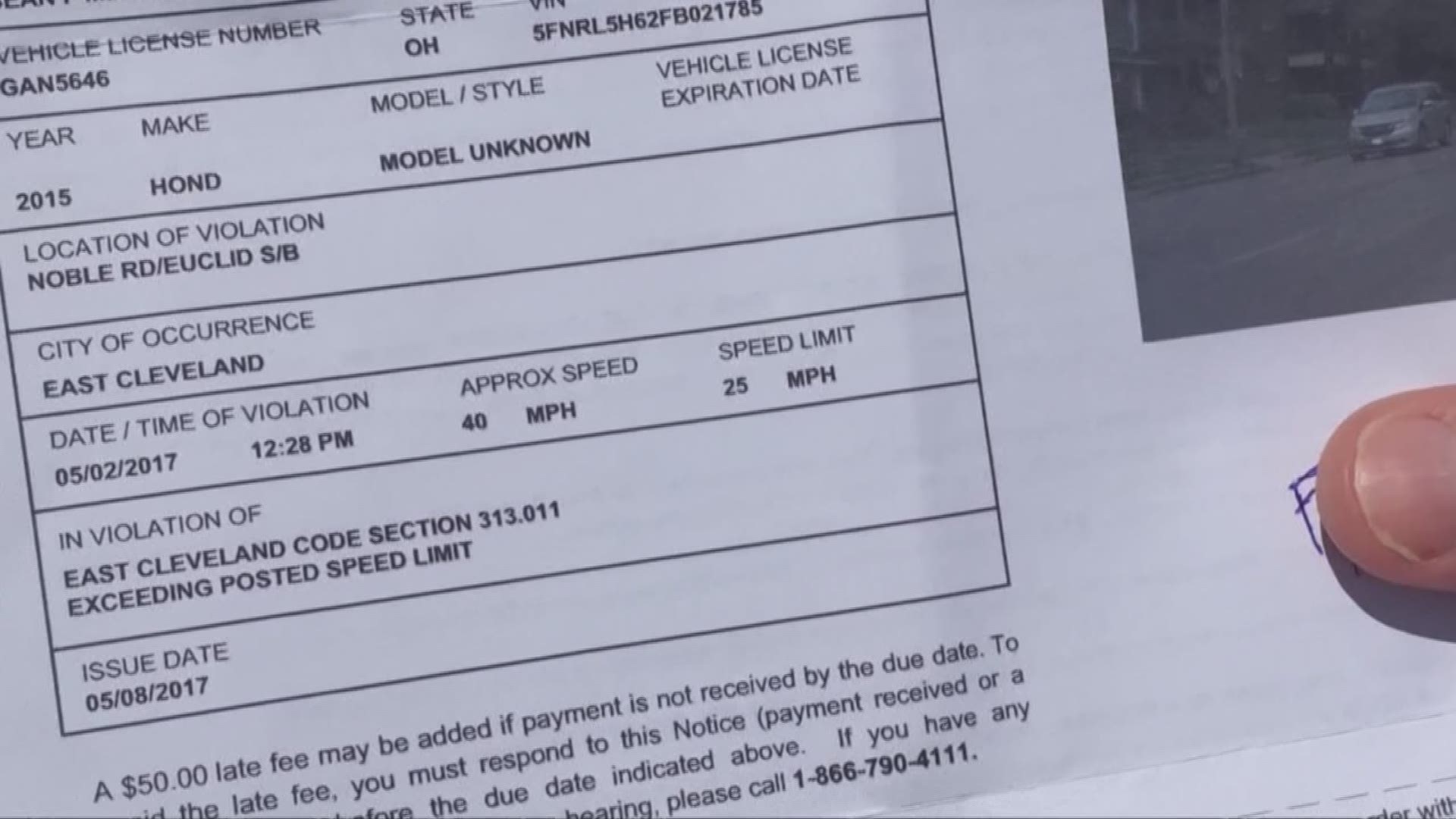 We’ve heard about the debate surrounding using cameras to catch drivers speeding, later issuing the ticket in the mail.

After a law went into effect in Ohio stating an officer needs to be present with the camera device, there’s questions surrounding whether speeding tickets issued by East Cleveland Police Department are legal.

“I got the notice in the mail and that was it.”

When Sean Mellino received this speeding ticket from the East Cleveland Police Department, he was immediately was confused.

“My first thought was I thought the cameras were illegal.”

An Ohio law that went into effect in 2015 added restrictions on the use of traffic cameras, requiring an officer to be stationed by the camera. Newburgh Heights officers began to use handheld traffic cameras, which would comply with the new law.

Taking a closer look at Mellino’s speeding ticket, you can’t find the name or badge number of an officer who was there when the photo was taken.

“Right now, the law is the officer has to be present when the photo is actually taken,” said defense attorney Adam VanHo. “There is some question until the Ohio Supreme Court rules on the constitutionality of the law, but as of right now, East Cleveland needs to have those posts manned.”

In the past, city officials have told Channel 3 News that they’re following the law that best represents the interests of East Cleveland residents. Once again, we reached out to the mayor’s office and the law director, but no one was available for comment today.

Mellino said instead of spending hours fighting the ticket in court – which Vanho says could cost more than double that amount -- he decided to pay the fine upfront.

“And that’s what the cities are counting on,” said VanHo. “They’re counting on people who are willing to pay the $95 dollars and write it as a loss.”

The debate continues as the Ohio Supreme Court looks into whether the new law is unconstitutional. If it is constitutional, VanHo said East Cleveland may be on the hook to return the money collected.

“You may have a situation where cities are having to repay people for tickets that were given out illegally.”

What happens if you don’t pay the fine? VanHo said the city could treat it similar to an unpaid parking ticket. In the end, VanHo said the fight would still cost you time and money.

A series of Ohio bills were recently introduced by Rep. Thomas Patton, of Strongsville, which includes prohibiting small towns (a population of 200 or less) from using speed cameras, limiting the amount of tickets issued within a year based on population, and limiting a city's revenue from the tickets.