Scores of commuters likely found themselves late to work after getting caught in bumper-to-bumper traffic. 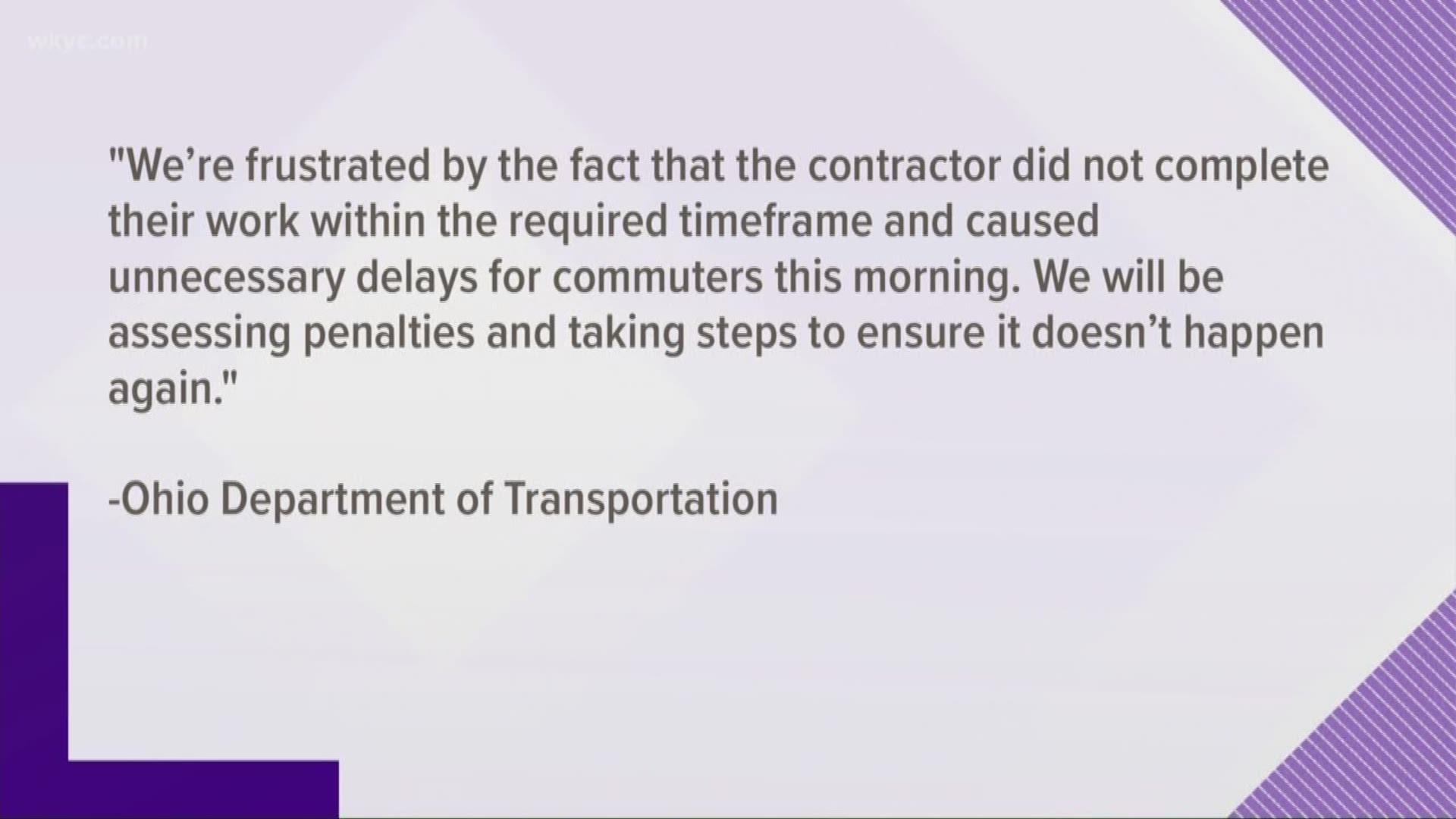 If you drove to work Tuesday morning pretty much anywhere in Northeast Ohio, chances are your experience was a nightmare, with traffic backed up on several highways leading to massive delays.

The scene finally began to clear up around 10 a.m., but not after scores of commuters likely found themselves late to work. Many were left to wonder what in the world happened.

WKYC reached out to the Ohio Department of Transportation to get an answer, and it appears the blame lies with construction work on I-90. ODOT says the contractor in charge of the work, Burton Scot, is only allowed to resurface during certain hours and did not clear the area on-time.

"ODOT requires work to be completed within specific timeframes to reduce impacts to the travelling public. Last evening Burton Scot, the contractor performing resurfacing work on I-90 east and westbound between I-77 and SR 2, failed to comply with the requirement of having all lanes opened by 6 a.m. We’re frustrated by the fact that the contractor did not complete their work within the required timeframe and caused unnecessary delays for commuters this morning. We will be assessing penalties and taking steps to ensure it doesn’t happen again."

It is not known at this time what type of penalties ODOT plans to assess. WKYC has reached out to Burton Scot Contractors for comment.