Flood Warning in effect for parts of Stark County until 9:45 p.m. tonight

Up to two inches of rain has already fallen in some areas of Stark County. 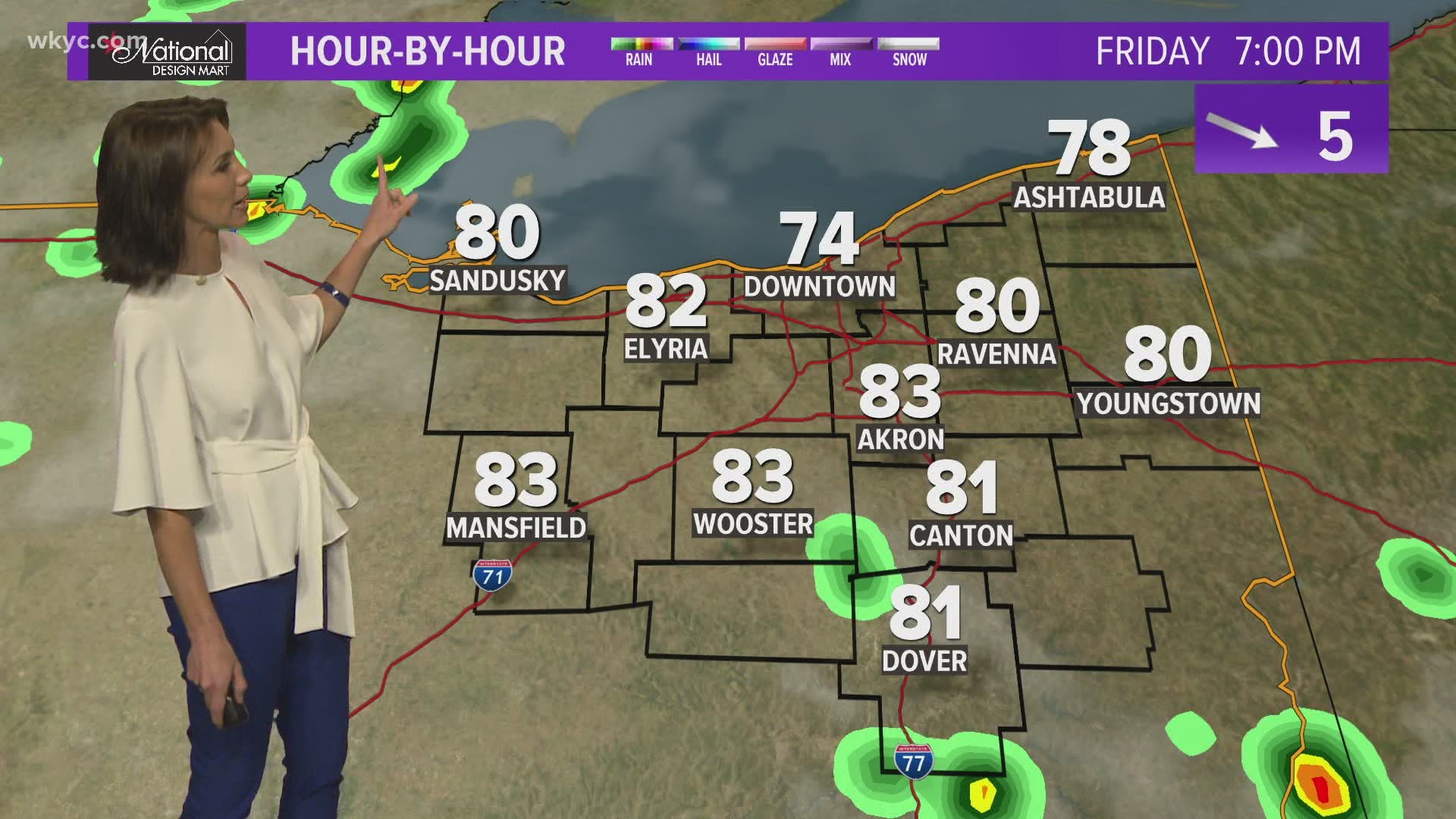 CLEVELAND — The National Weather Service has issued a Flood Warning for parts of Stark County until 9:45 p.m. this evening. The area of focus is in central Stark County including Canton, North Canton, Louisville, East Canton and Meyers Lake.

Heavy rain throughout the afternoon produced rain amounts of around 2 inches across North Canton, Canton and Louisville.

Many of the creeks of the Nimishillen Creek basin are near or above bankfull conditions.

Flooding near these creeks will likely continue for the next couple hours before they recede.

Flooding of other small creeks and streams, urban areas, highways, streets and underpasses as well as other drainage and low lying areas is possible.

A Flash Flood Warning was in effect until 6:45 p.m. for the entire Stark County area.

Severe Thunderstorm Warnings were also in effect on Thursday for parts of Wayne, Holmes, Summit, Carroll, Tuscarawas, and Columbiana counties during the afternoon.