With many new projects on the horizon, Transition just moved into their new headquarters downtown - in the heart of Playhouse Square. 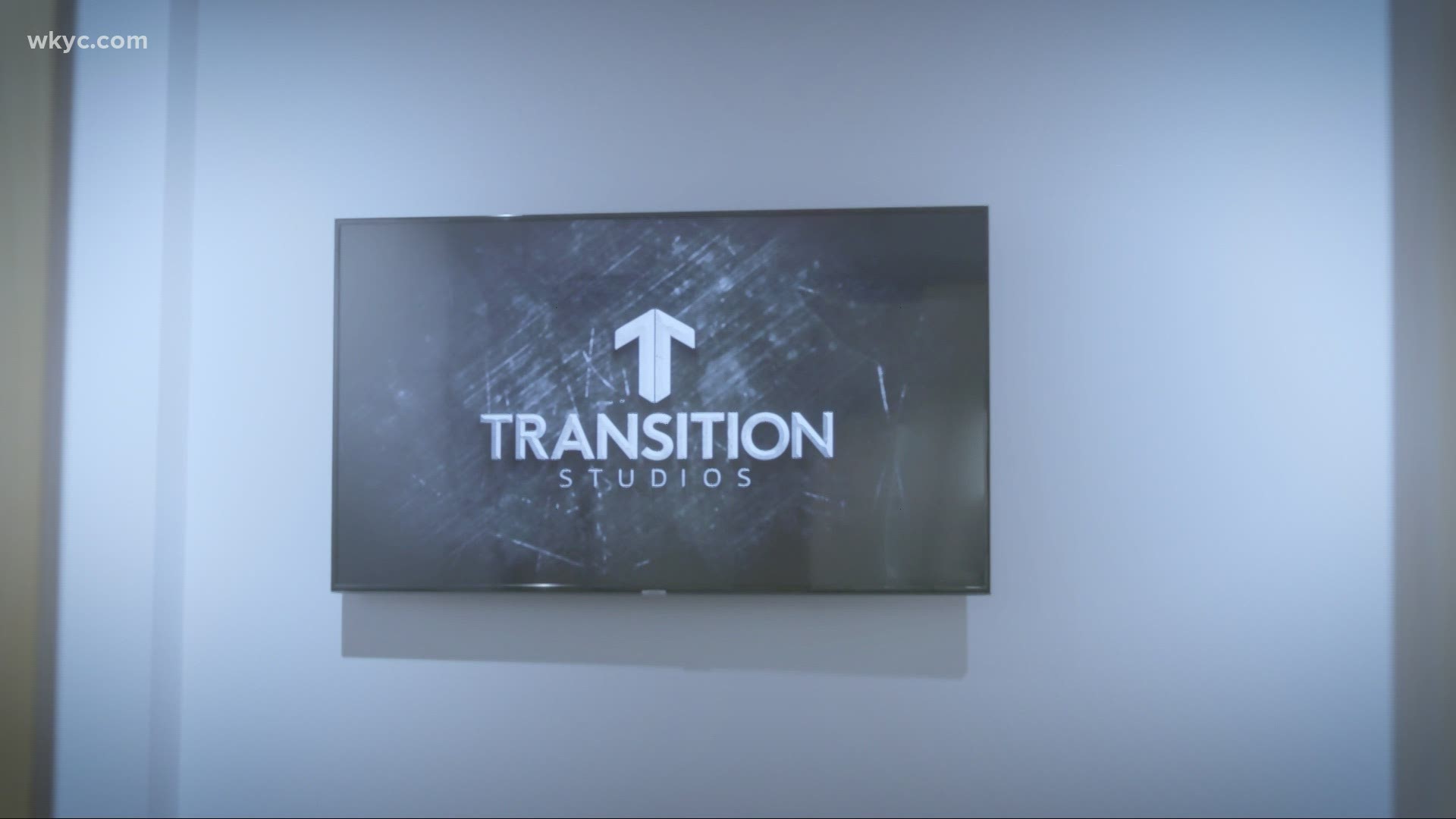 CLEVELAND — Transition is a film studio full of Netflix top 10 documentaries, awards and national press. Founder and CEO. Sean Rech says this Cleveland based company has seen a lot of growth in a short period of time.

"I'm 56. I started this when I was 43 with my business partner, Ralph McGreevey. At my age, with no experience, I wasn't going to get anyone to hire me to make movies in Hollywood or anywhere else. So I figured I had to create my own job," Rech recalled.

And that's exactly what Sean did. After making seasons of Crimestoppers for TV, Sean, and the team switched gears into documentary filmmaking.

"Our first project was a big success," Rech said. "It was called 'A Murder in the Park' and it made it onto Netflix and Showtime, and it had a theatrical release. Time Magazine named it to its list of the 15 most fascinating true crime stories ever told."

But the most fascinating thing about the film was how it helps set a man free in real life. And believe it or not, two other Transition documentaries led to two other real life exonerations..

"It's very, very fulfilling for us righting wrongs and correcting history," Rech said. "It's what we try to do with almost every project."

And with many new projects on the horizon, Transition just moved into their new headquarters downtown - in the heart of Playhouse Square.

"We felt this location or new location was appropriate for what we're doing. There's another very important reason we're here. We use a lot of interns from Cleveland State University. They used to have to drive to our office in Berea, now they can hit four on the elevator and be here in 10 seconds," Rech explained

As a fellow Cleveland State graduate, VP of operations Ryan Kelly. says it's important and beneficial for Transition to be investing in the Cleveland film community.

"There are a ton of stories to be told from Clevelanders... there are things Transition's going to do with students to help them to stay in Cleveland and to build them up as filmmakers," he said.

Rech has big dreams for his team.

"Our goal is for every single person who works here to eventually direct," he said. "You don't have to go to Hollywood to make movies anymore. We're proving it. I love Cleveland, I have no desire to go anywhere else."