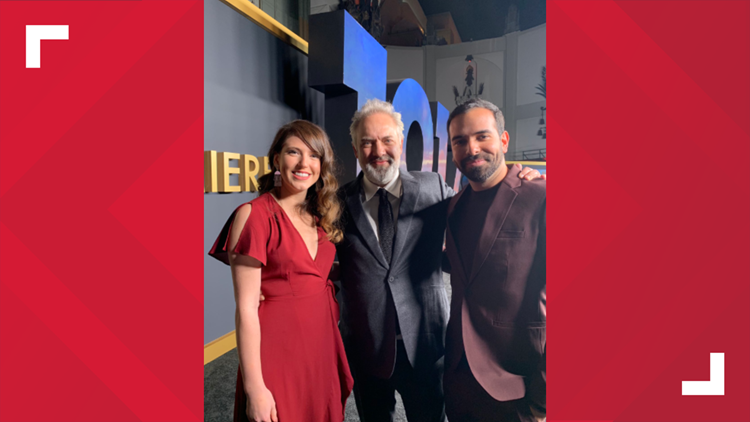 'Making It... In Ohio' is a new sitcom that will be filmed in Cleveland and air on Amazon Prime Video

CLEVELAND — Cleveland just landed a sitcom coming to Amazon Prime Video in the fall, called "Making It… In Ohio," from creator Conrad Faraj of Conrad Studios in Avon.

Faraj talked with 3News about the scripted show, which he describes as "Parks and Recreation meets Friends," born from his own experiences trying to "make it" in the entertainment industry. (Spoiler alert: Faraj has made it, and then some.)

"It's a little bit sort of autobiographical, because I've been making films with my team for many, many years. Over 10 years," Faraj said.

"We're taking a lot of our experiences as filmmakers throughout the last couple years, and doing it as a situational comedy, and it's going to be hilarious. And it's going to resonate with a lot of people trying to also break into the industry."

They say an overnight success in Hollywood takes 10 years, so maybe that's why Faraj is really hitting his sweet spot right now.

With all of his success, Faraj has stayed true to his Northeast Ohio roots, and plans to continue that trend with this project.

"We're hoping the majority of the show will be filmed in Cleveland area, because it is a show about Cleveland, though there will probably be some scenes filming in Los Angeles. We're trying to keep it mostly at home," he said. "I don't think it would be as fun, or as authentic if it had been done anywhere else."

Casting is expected to begin in late February or early March, and Faraj also hopes to keep the talent who will star in the show as local as possible.

9:09 "People here are more helpful, they're more eager, they're more inspired to really work and really kind of break out in the industry," he said.

Those interested in trying out to be a part of "Making It... In Ohio" can keep up to date with those casting notices on the Conrad Studios Facebook page.

3News talked with Faraj earlier this month about winning the short film challenge from 1917 director Sam Mendes, which led him to flying out to the award-winning movie's Los Angeles premiere where Faraj met his personal here.

You watch his winning short film, "Wedding Runner," here, and watch our extended conversation about the project in the player below.