Leach, 32, and Williams, 25, were two of 23 men to receive roses from Young on the season 18 premiere episode of the reality dating show

CLEVELAND — Two Northeast Ohio natives are searching for love on the latest season of ABC's The Bachelorette, and they've already been given roses by lead Michelle Young.

Young, a 28-year-old teacher and Minnesota native, offered Rick Leach, 32, and Spencer Williams, 25, the opportunity to get to know her better after their initial introductions, and both of them accepted.

Leach, who currently lives in Los Angeles, is a medical sales representative who is working on his Executive MBA degree at Loyola Marymount University, while Spencer, the youngest contestant on the show this season, is a single father to a 3-year-old son and financial crimes analyst living in Cleveland.

Did she say healthy little snack? 👀🍎 #TheBachelorette premieres Tuesday at 8/7c on ABC and Stream on Hulu! pic.twitter.com/BIn3KPzgU0

Williams may have an early edge in the competition, sharing a basketball background in common with Young, who played in college at Bradley University .

After back-to-back all-conference seasons at The College of Wooster, Williams played professionally overseas with the LYIT Donegal basketball club.

When they met, Young called Williams a "Slam dunk!"

Spencer's biography on the ABC The Bachelorette website says:

"Spencer's son is the inspiration that makes him want to be a better man every day; and while he hasn't dated much since his birth, he's here now to find a wife and hopefully expand his already wonderful family."

The producers describe him as "an amazing catch" because "he is athletic, has a great job and is incredibly smart," and  "according to the most important person in his life, he is also the world's best dad."

The biography continues: "For Spencer, physical attraction gets his attention, but personality is what keeps it. He needs a woman with an open mind who will be vulnerable with him and challenge him to be the best version of himself. What matters most to Spencer is what is in someone's heart."

Leach was not without tricks up his sleeve, though, when he made his first impression with Young.

He was wheeled in with his head popping out of a table, and described himself as "perfectly aged at 32 years old, sweet, with a little bit of spice."

He went on to tell Young, "I want you to enjoy your appetizers tonight, but when you're ready for your main course, come and find me." This got a laugh from Young, who shouted after him as he was wheeled away, My compliments to the chef!"

Leach, who graduated college from Walsh University and loves his dog named Nana, is a "self-proclaimed hopeless romantic who has been thinking about his future wife for as long as he can remember," according to his biography for the show.

"At the end of the day, Rick wants to find his heart's true counterpart and someone who can make the world a better place alongside him," the biography continues.

"He finds romanticism in the small things in life and is the type of guy who will send you flowers at work for no reason but to say, "I love you." He wears his heart on his sleeve because when he is into someone, he wants them to know and doesn't want to play games. He does love a good game night though because he says he can tell a lot about someone's personality when competition is involved."

Despite his love of game nights, Leach says he hates double dates. Maybe that has something to do with all the group dates he could potentially be facing as he competes for Young's love.

Both Leach and Williams will continue on for at least one more week in their quest to connect with Young, and potentially get the chance to propose to her at the end of the season.

Catch the recap of Leach's and Williams' journeys for love each Wednesday, following Tuesday's episode of The Bachelorette on ABC.

RELATED: The Bachelorette's Michael Allio reveals he told Katie Thurston he won't move out of Ohio

RELATED: Here's what it would take for The Bachelorette's Michael Allio to agree to be the next Bachelor 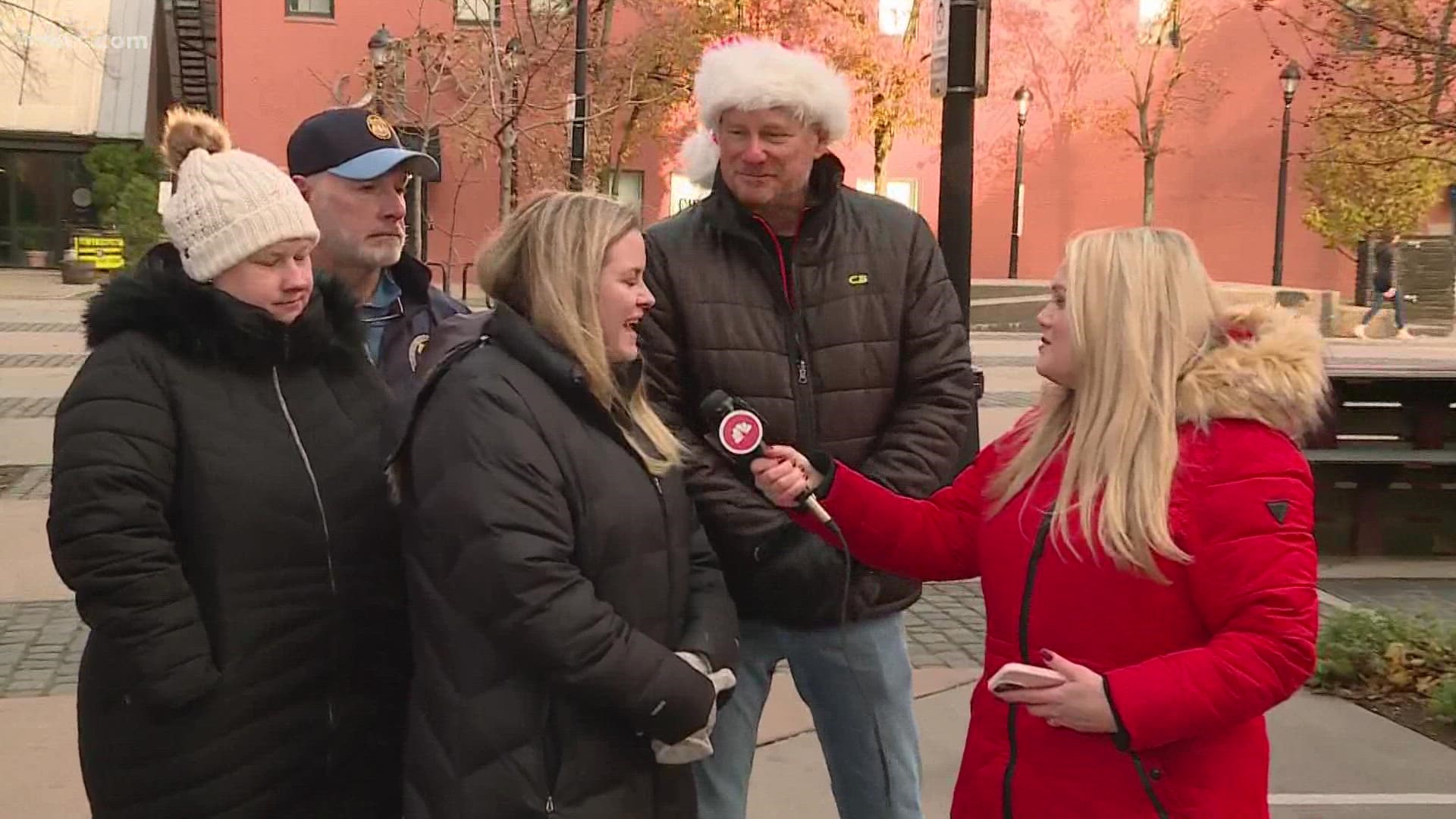