After reaching rock bottom, Josh Cary found his own life mattered, & he is now trying to help others. 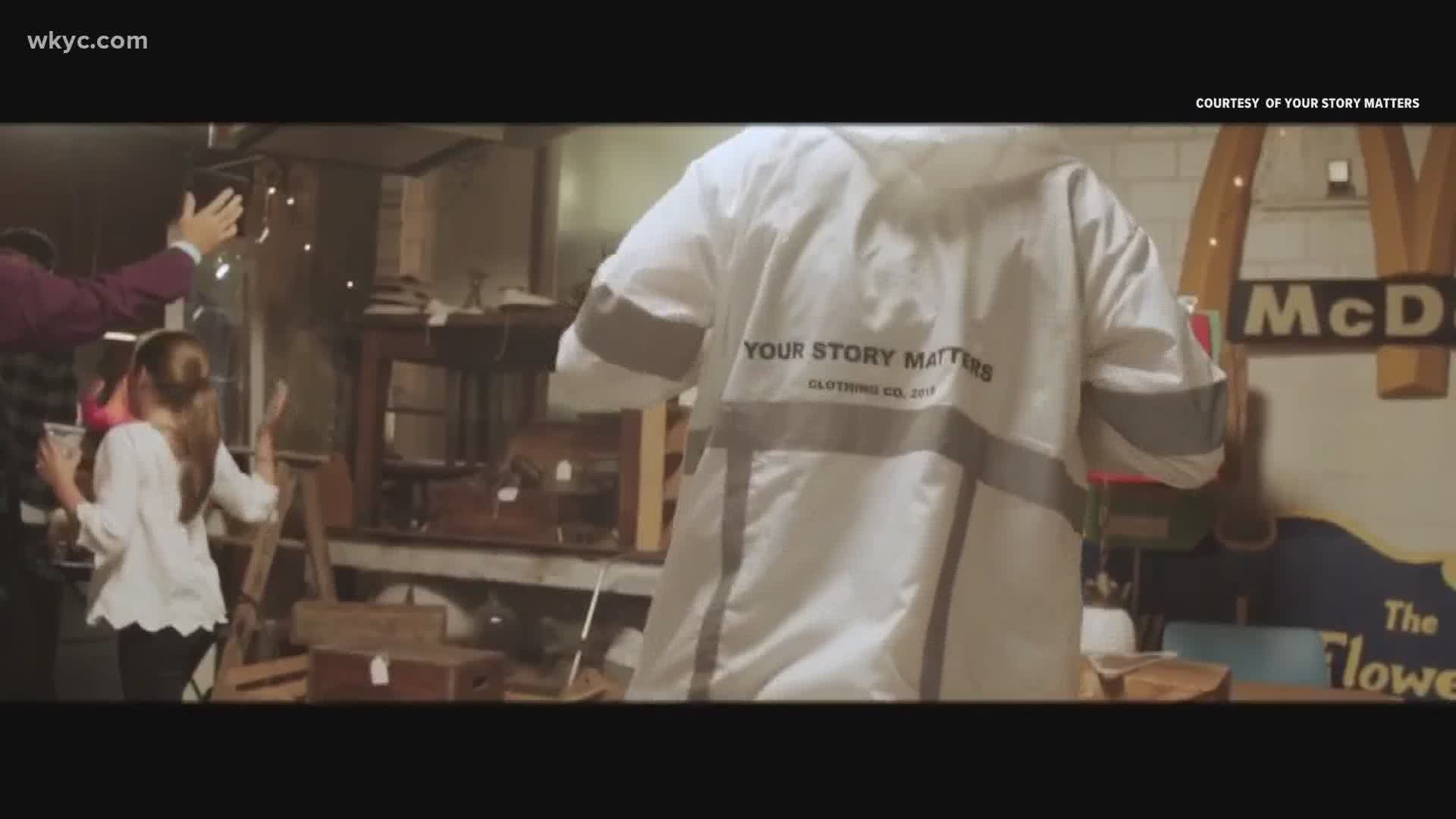 It’s not just a phrase, but the name of a clothing brand created out of Canton by a man who knows what it’s like to struggle with mental illness.

"I think one of the hardest things about mental health is that you can’t physically see it," Josh Cary explained when 3News talked to him via Zoom

At 31, he is feeling good, married to a woman who inspires him and father to a daughter he adores. That wasn’t the case a few years ago.

"I hit just a really rough patch, when I kind of started to spiral," he remembered. "And I looked at my life and I said, 'Man, there’s no hope of me getting better.'"

Credit: Josh Cary
It wasn't long after his daughter was born that Josh found himself spiraling. It should have been one of the happiest times of his life, but his mental health was suffering. He was hospitalized after an overdose. He tried to take his own life. But today he has remained focused on a goal, to help others, like him, who felt helpless at one time.

Cary overdosed on medication, admitting he was trying to take his own life. In the hospital, he realized his life did matter.

"I experienced such deep pain and regret that I said, 'I can’t sit idly by and watch somebody else struggle with the same thing and go through this,'" he confessed.

Mental illness has long been stigmatized, so Josh started a clothing line to make sure anyone struggling was heard. It’s called Your Story Matters, and for encouragement, all you have to do is look down at the label and be reminded.

Credit: YSM Clothing
A portion of proceeds from YSM goes to NAMI, the National Alliance on Mental Illness.

"Honestly, I think a lot of people struggle with it and they don’t even know it," he said. "So it helps with people sharing their stories because other people can identify that, identify with that, and it gives them courage as well."

A portion of all profits go to NAMI: The National Alliance on Mental Illness. But that wasn’t enough: On July 25, a fashion show will bring awareness to another significant problem.

"It’s titled '1 Nation Under Construction,' and it’s going to feature some YSM pieces that are construction inspired, to show just the work that we still need to do in the nation to reach racial equality, racial justice," Cary said, adding proceeds from the show will benefit the Urban League of Akron.

The YSM movement is attracting big names to the event, including DJ Steph Floss and motivational speaker and Cleveland Cavaliers drummer Elec Simon. Josh says this kind of support is just what hurting people need.

"It’s one thing to hear about the struggle of somebody that’s kind of out of the limelight or the spotlight," he explained, "but to for someone like Kevin Love to step up and not be afraid to bring it to light and to tell people that he struggles as well, I think that’s been so big for the cause and for mental health in general."

Credit: Cleveland Cavaliers
Josh credits Cavs player Kevin Love with breaking down some of the stigma surrounding mental illness. He would love to thank him in person one day.

Healing is important, but it’s a long journey. Cary wants all to have hope, and to know is that they are not alone.