You see Jason and Romney together on 3News' weekend morning show. Saturday, they also said "I do." 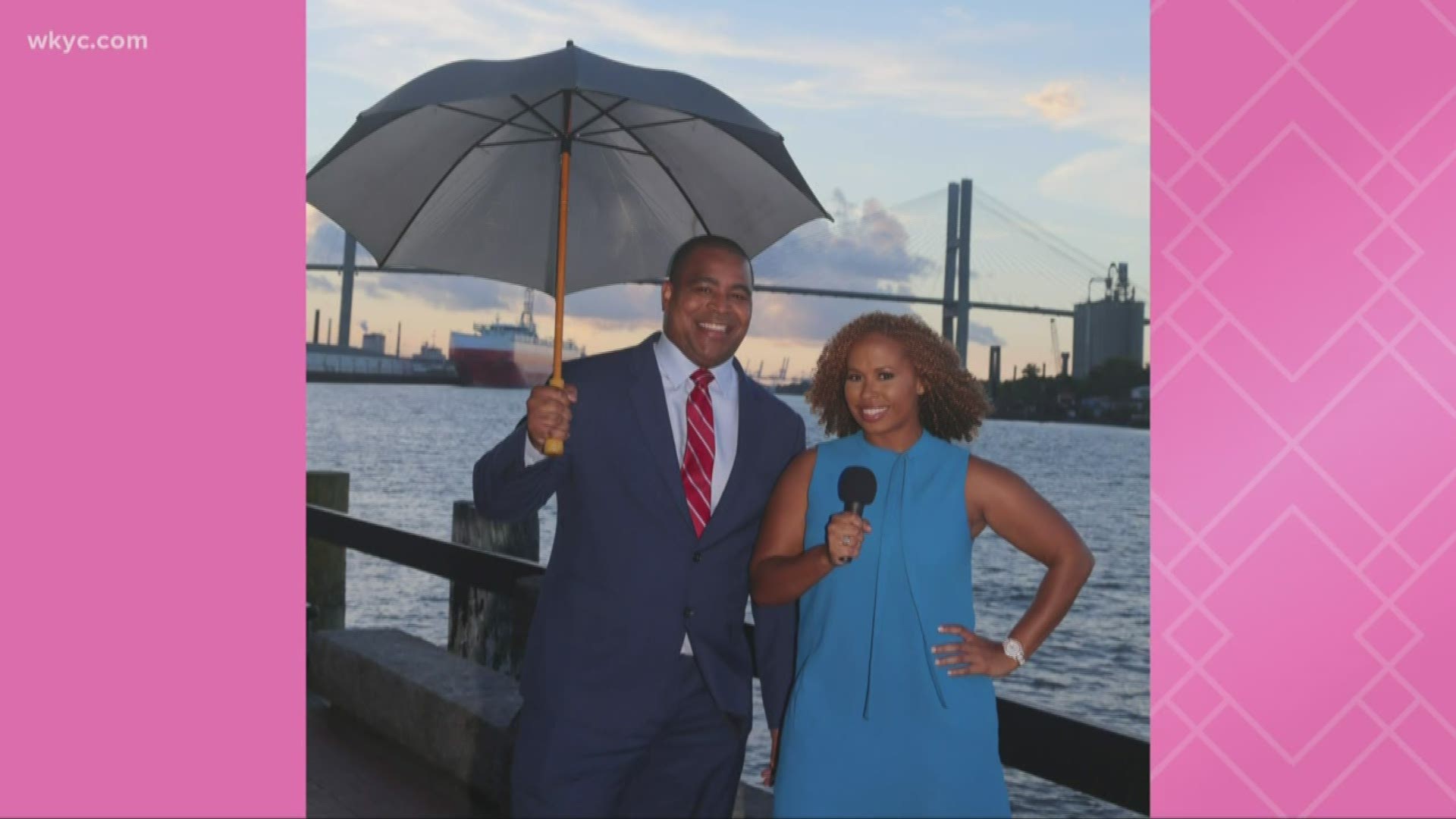 CLEVELAND — You wake up to them every Saturday and Sunday morning on GO! They're my weekend teammates, and they also got married today!

“He put the ring on and I was like, ‘Oh my God, it’s exactly what I wanted!'" 3News reporter and anchor Romney Smith recalled of her engagement.

Romney and Jason officially tied the knot Saturday afternoon in Puerto Rico. It was a wonderful display of love and affection surround by family and friends, and judging by the photos, it looked just as fun as you would expect.

Earlier this month, they talked about how their relationship has evolved from a chance first meeting to marriage. The first time they crossed paths was at the National Association for Black Journalists conference, where Jason Frazer caught Romney's eye.

“I remember I walked right up to him, and I remember he was wearing an orange shirt, and he looked so handsome. And I tapped him on the shoulder and just said, ‘Hey, do you remember me?’” Romney remembered.

They had a lot in common: investigative journalism, ambition and wanting to find that someone for life. One problem, though: Romney lived in Albany, Georgia. Jason, was in Columbus, Ohio.

“My love language is physical touch, and I was thinking, ‘Hey, wait a minute, you can’t hug someone who is 1,200 miles away," Jason said.

So long distance it was, for the next three and a half years. Both Romney and Jason moved multiple times for reporter jobs: Connecticut, Florida and Boston.

There were endless plane rides, and so many sacrifices.

RELATED: Love in the Land: Quirky, and making it work on land or water

“You gotta coordinate your vacation days, you’ve got to coordinate time off, you gotta schedule out flights months in advance," Romney said.

With the need to be in the same place growing, finally an opportunity popped up in Savannah, Georgia. It was also a career change for Jason from reporter to meteorologist. He wanted Romney to join him but she had some conditions.

“I’m not moving unless we’re talking about marriage. And I think her face says it all!” Jason remembered, before bursting out in laughter.

Together in the same town, at last, they took advantage of the fun... and food.

“We actually gained weight. We gained about 10 or 15 pounds," Jason laughed.

As their appetites grew, so did their love. Jason was ready for the next step, so he put together an unconventional plan to throw off Romney.

Then, she figured it out.

“I start screaming at the top of my lungs, ‘Jason! Jason!’" Romney recalled. “And he gets down on his knee, and he says my full name, and says, ‘Romney Joyce Smith, will you do me the honor of being my wife? Will you marry me?’ Of course, I said yes.”

They were committed, but not yet settled. Jason was fresh off a career switch.

“And then, he moved me from the south to Ohio," Romney said of their move to Cleveland.

Together in Cleveland. Together at the desk.

“One of things Romney has taught me is to enjoy the moment. You never know what life is going to throw at you," Jason said.

“We’ve worked so hard to get into the same city with each other that we just want to be happy," Romney said.

As for the future? They want to start a family.

“And, hopefully, we will be here for many years to come," Jason said.

Congrats to both Romney and Jason!!