By springtime, the effects of the pandemic on the restaurant business could be largely evident. 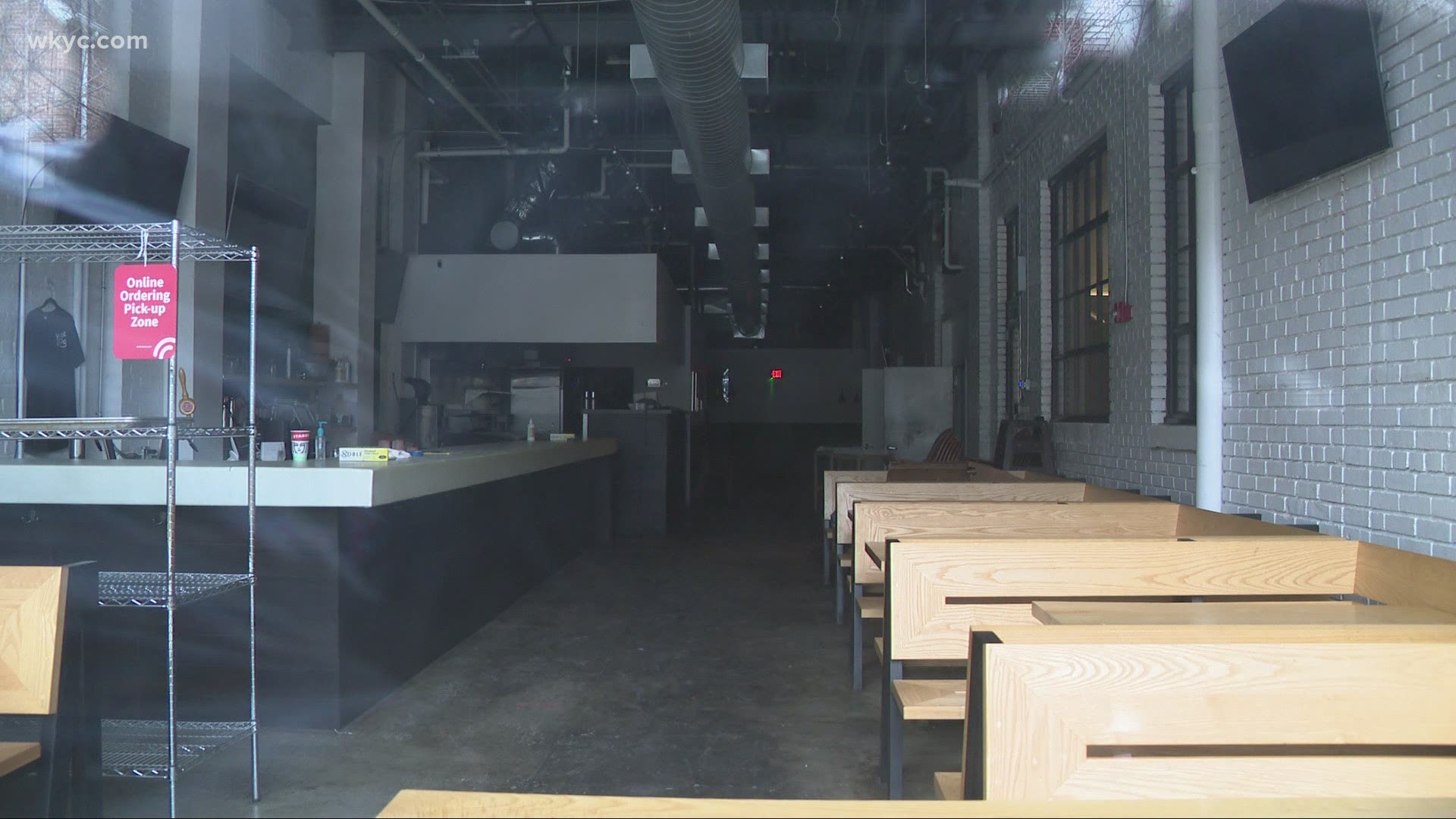 CLEVELAND — In our continuing coverage of the COVID crisis and how it is affecting local restaurants, we checked in with two owners who have opted to voluntarily shut down for the foreseeable future. While every operator is dealing with a unique set of challenges, some agree that it’s best for the bottom line to press pause for the winter.

“It’s not a luxury,” stresses Doug Petkovic, owner of Flannery’s at the corner of Prospect and East Fourth Street. “It’s quite honestly a desperate attempt to try and save our business. It’s an economics game; we were losing more money by staying open than if we just closed.”

Get the latest food and restaurant stories from 3News here

Petkovic, who purchased the 23-year-old bar and restaurant in 2018, says that business was great until March of 2020. Since then, COVID has wreaked havoc on the business. Flannery’s has additional challenges because of its size and location, the owner explains.

“The central business district of downtown is sustained on people coming from the suburbs for events,” he says. “We have a lot of great locals, but that’s not enough to sustain our business. People need a reason to come downtown and there is no reason.”

Citing the lack of sporting events, concerts, plays and even downtown workers, Petkovic says his particular location has been plagued by slow foot traffic. While various forms of economic aid have helped, it hasn’t been enough in his case to make a dramatic difference.

“In a large restaurant bar format that I have downtown – I have almost 10,000 square feet – the rent that I pay on that corner, the packages don’t help enough,” he says.

Petkovic says that he will continue to reassess the situation every 30 days.

Brett Sawyer, owner of Good Company in Battery Park and the Plum in Ohio City, also came to the conclusion that it made more financial sense to close both restaurants for the winter rather than try and limp along. Combined with the belief that “eating and drinking indoors is one of the main reasons that things are so bad,” Sawyer made the painful call. He also understands that he is in a better position than many of his colleagues.

“We are very fortunate our partners and landlords have all been very understanding to us and worked with us on this situation,” he says. “They want to see us succeed and make it through this as much as we want to. It’s not something that everyone can do, we understand that. And we’re not here to pass judgment on our friends who have to stay open.”

Sawyer says that he is aiming for a March or April reopening for Good Co. and an April or May reopening for the Plum, which will be around its fifth anniversary. Factors that will contribute to his decision making include COVID numbers, vaccination progress and the weather. When he does reopen, Sawyer believes that he will be a part of an industry that has dramatically changed.

“In spring, the landscape is going to be very different,” he predicts. “We’re going to really see the impact of COVID-19 on the restaurant industry, I think, in spring and summer of this year. It’s going to be very sad, to be honest.”

In the meantime, Sawyer is teaming up with Tom McIntyre of Kate’s Fish on a seafood-focused pop-up called Kate’s Good Fish Company, a take-out and delivery only event on Jan.15-17. If it goes well, it will return in mid-February as a weekly feature through Lent.

The pop-up, notes Sawyer, is both a way to stay active and engaged, while also staying relevant in the eyes of local diners.

“When you close down your restaurants for an extended period of time, you need to do things to try and keep your name out there and make sure people remember you when you do,” he says.

Since purchasing Flannery’s, Petkovic has watched neighbors like Greenhouse Tavern, Chinato and Lola--which he operated with Michael Symon--close for good. But he’s also seen Dante Boccuzzi stake a claim on the Chinato space, and he knows the other two prominent spots will be claimed soon as well.

“Anytime you have this economic distress, you’re going to have a changing landscape,” he explains. “What does that look like in the end? I don’t know. In the United States, we’re very drawn to being a social culture. I do believe those things will sustain and will come back and people will go out again, the question is when.”