As people keep the party going into Monday, businesses are reaping the financial rewards. 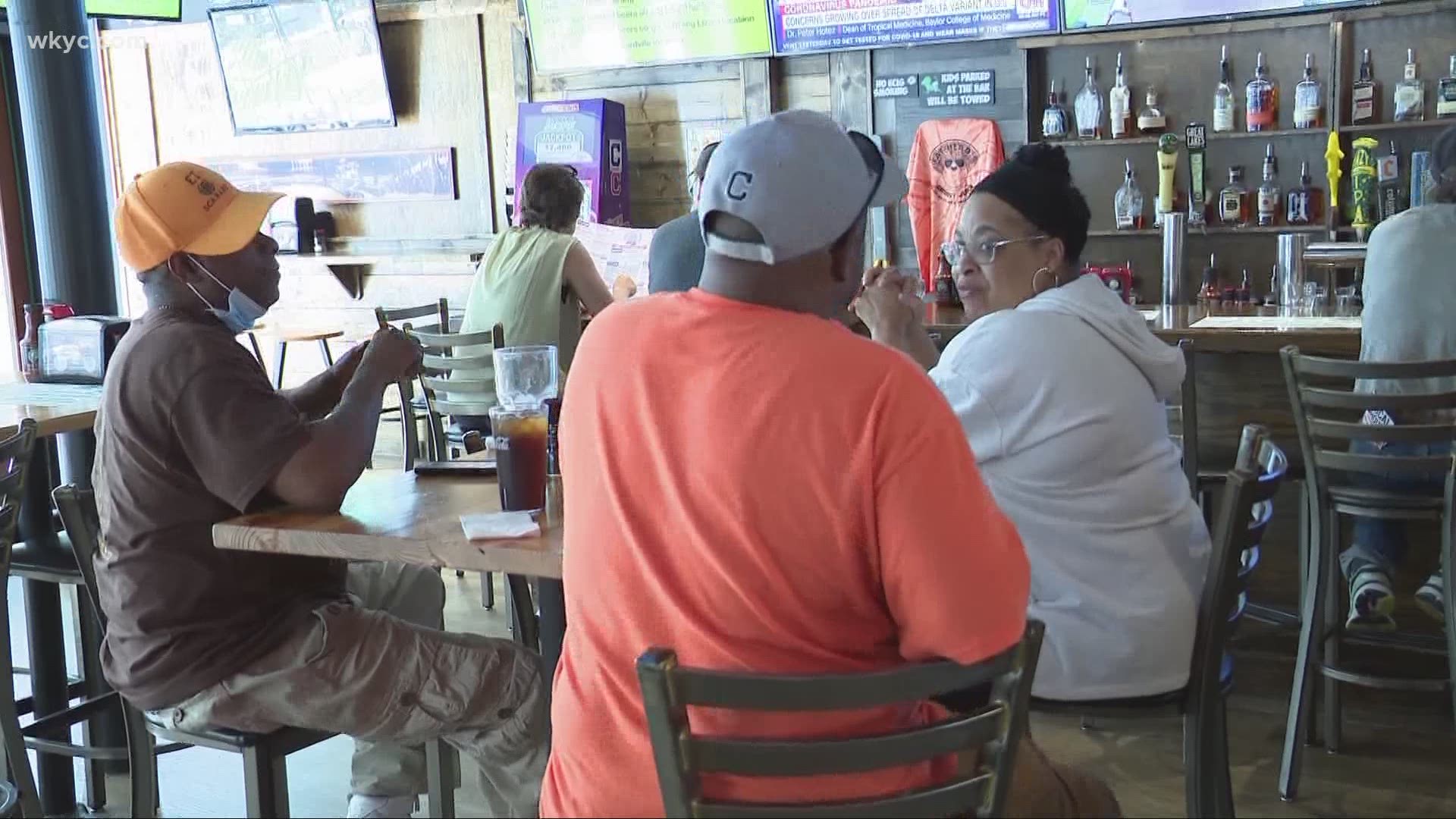 CLEVELAND — It may be July 5, but Northeast Ohioans are still out partying like it’s July 4!

"It's very good, very nice for my family and friends. It's our first time at Edgewater, we like it a lot," says Eduardo Garcia, who brought 10 of his family members to Edgewater Park on Monday to celebrate the long weekend.

The Fourth of July weekend was-- of course-- full of fun and fireworks, and people used the extra day to squeeze the last little bit of holiday out of the weekend.

Monday afternoon, Edgewater was packed with people like Garcia, determined to keep the party going.

"It’s July 4th, it’s a celebration, right? So, I came out here to celebrate and eat," says Tao Huang, who brought his wife and children to Edgewater Park for a picnic.

RELATED: Northeast Ohioans come together to celebrate 4th of July after year of uncertainty due to COVID-19 pandemic

Kenyanna Renter and her family stayed inside on Sunday, but decided to go to Edgewater and celebrate on Monday.

"We sat around and watched movies yesterday, that’s about it. And we came out today because it’s so hot, and we have the day off, so we said, 'let’s enjoy it,'" says Renter, who moved a park bench into the shade, so her grandchildren could stay a little cooler in the 90-degree temperatures.

"It's been great. I mean, it was super busy," says Adam Wilson, General Manager of the Gateway Winking Lizard Tavern.

Wilson says COVID-19 hit the restaurant hard, leaving staff shortages and profit losses in its wake - and many restaurants are still recovering. That's why, groups flooding downtown Cleveland this holiday weekend was welcome, to say the least.

RELATED: Biden: US 'coming back together,' but COVID not yet finished

"Crowds came out earlier I think this weekend than normal, and they stayed out later too. When the game let out, we got that post-rush and that helped tremendously. It was just a great weekend all around," says Wilson.

Wilson says the Gateway Winking Lizard saw a 20 percent increase in profits this weekend over a typical, non-holiday weekend.