Even dealing with some drastic price increases for food and a shortage of staff, bars and restaurants are ready for an influx of fans. 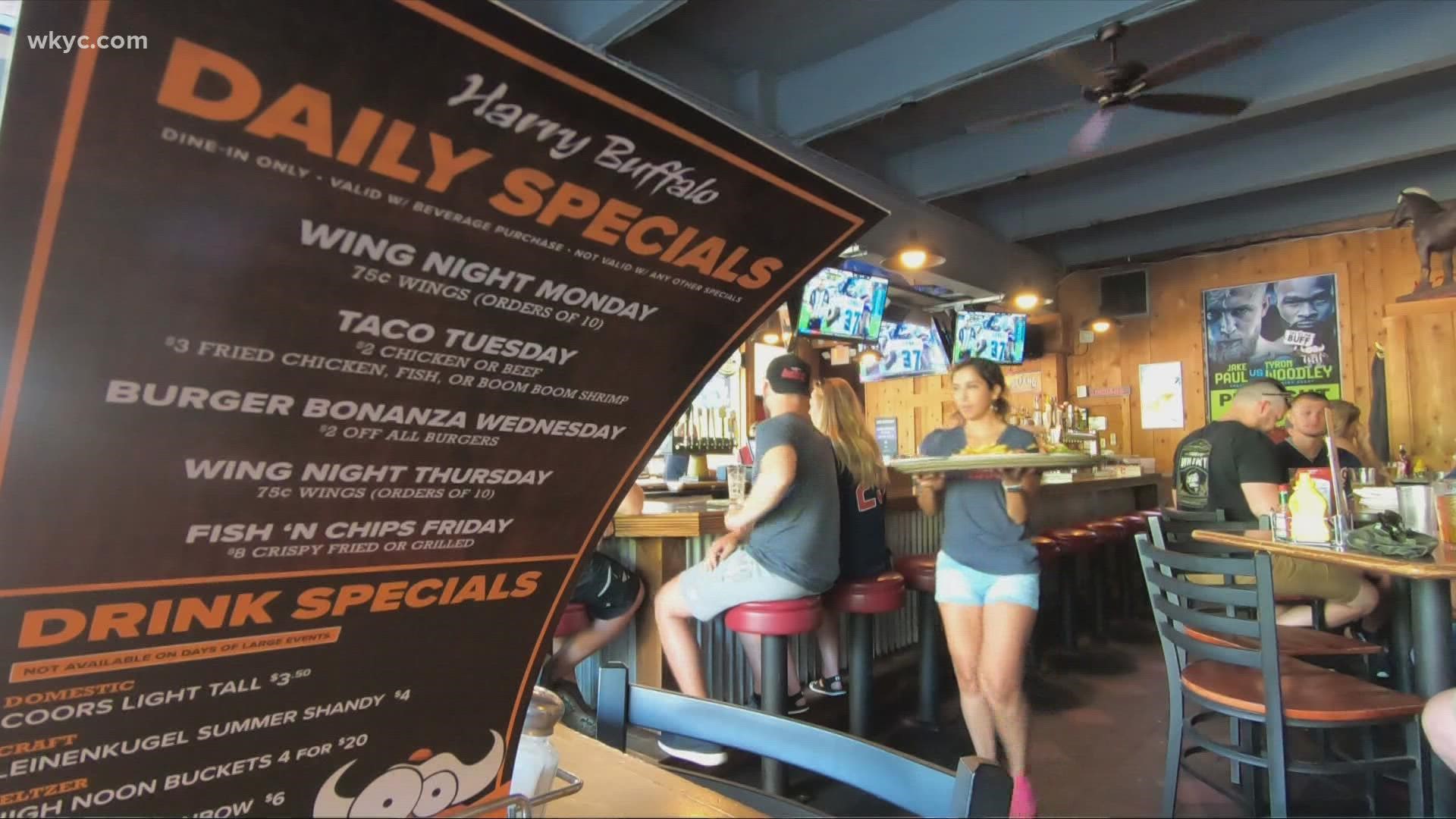 CLEVELAND — Even as Tribe fans pack into Progressive Field, Cleveland businesses know that this is just the beginning of a pretty big weekend.

"The Indians have been great for us all year, actually," Aaron Bisheimer, assistant general manager at TownHall, said. "Even with the limited capacity and now the full capacity, it's been really great for us."

The Indians are home through Saturday, and on Sunday, the Browns will have their first full capacity game in almost two years (albeit a preseason contest).

"We've been planning for this weekend for actually a really long time," Taylor McCullough, GM at Harry Buffalo, told us. "The anticipation for the Browns season this year is just out of the water. ... Last year was great, but this is going to be, in my opinion, comparable to the Cavaliers' 2016 [championship] season."

"We love the city when the Browns are in town," Bisheimer added. "We're not even close to the stadium and we get a ton of people down here for the game, so that just shows you that people are out and ready to go to support the team."

Even with sports fans filing in, bars and restaurants from downtown to Ohio City are still dealing with lingering pandemic issues, everything from a worker shortage to a wing shortage.

"Chick-fil-A hasn't taken it all yet," Bisheimer joked about his restaurant's share of chicken. "I know that prices have gone up a lot."

Despite the hurdles, bars and restaurants are prepared to push past them. They know when it comes to the city of Cleveland and sports, neither a shortage of wings nor help will stand in their way.

"I'm reaching out to people who have worked here before and saying, 'Come do a celebrity bartending shift and help us out, please,'" McCullough said. "Look down East 4th; every restaurant is full."

"I don’t think it's a bad thing that sports bonds us, either," Bisheimer stated. "It really does."