Brinkman will remain on death row for the murder of a Stark County couple. 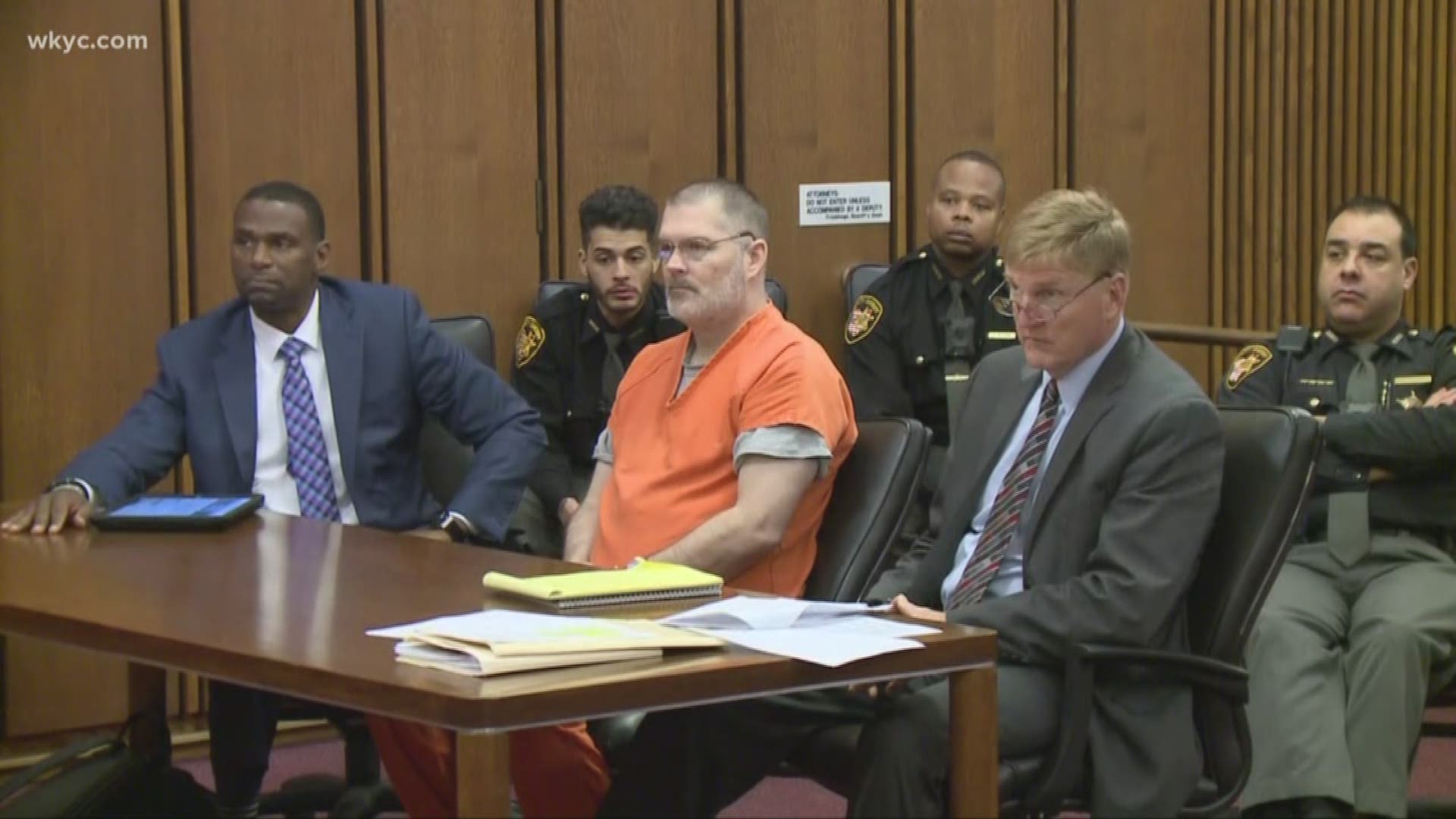 COLUMBUS, Ohio — Editor's Note: The above video is from previous reporting on the George Brinkman case

The Ohio Supreme Court has overturned the death penalty conviction of a man who pleaded guilty to killing three North Royalton women.

The court in a 7-0 decision on Wednesday said a three-judge panel in Cleveland failed to tell 49-year-old George Brinkman of Plain Township about his right to question witnesses during a plea hearing in November 2018.

The same panel sentenced him to death the following month.

Brinkman will remain on death row despite Wednesday's ruling. He was also sentenced to die in 2019 after pleading guilty to the 2017 deaths of 71-year-old Rogell "Gene" John and 64-year-old Roberta "Bobbi" John at their Lake Township home, where he was house-sitting.

They were killed less than a day after the women in North Royalton, 42-year-old Suzanne Taylor, and her daughters, 21-year-old Taylor Pifer and 18-year-old Kylie Pifer were killed.

In addition to the death sentence, Brinkman was sentenced to 36 more years of prison for the kidnapping and abuse he committed while carrying out the murders. Brinkman told the judges he deserved the death penalty.

Defense attorneys argued Brinkman had a traumatic childhood and mental health problems. Prosecutors said he planned the killings as part of a theft.

Editor's Note: The below video features previous reporting on the Brinkman case