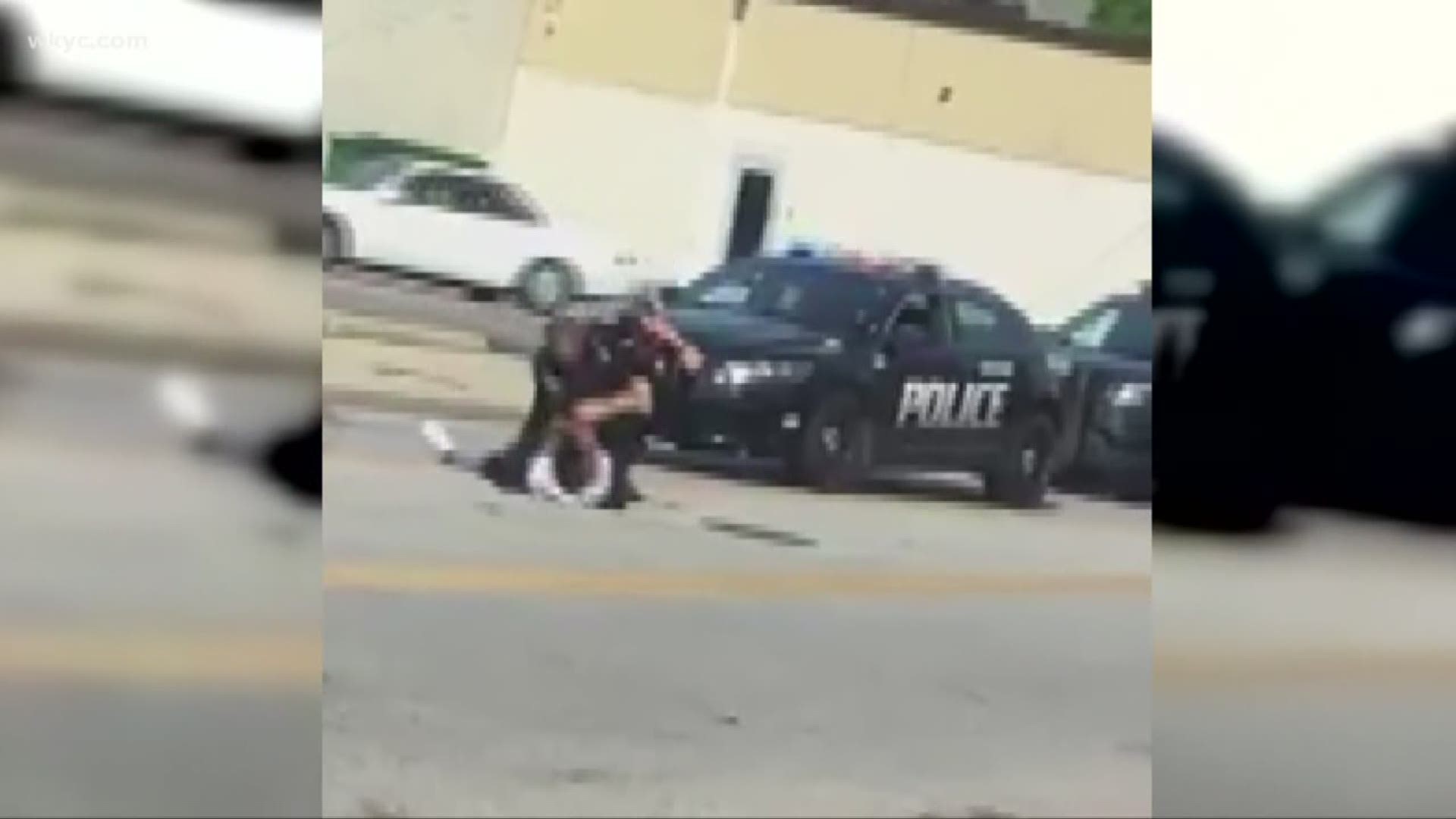 EUCLID, Ohio — A Euclid police officer is accused of misdemeanor charges related to a traffic stop that turned violent more than two years ago.

Patrolman Michael Amiott is charged with two counts of assault and a single count of violating civil rights. He is charged in Euclid Municipal Court and is scheduled to appear Sept. 12. 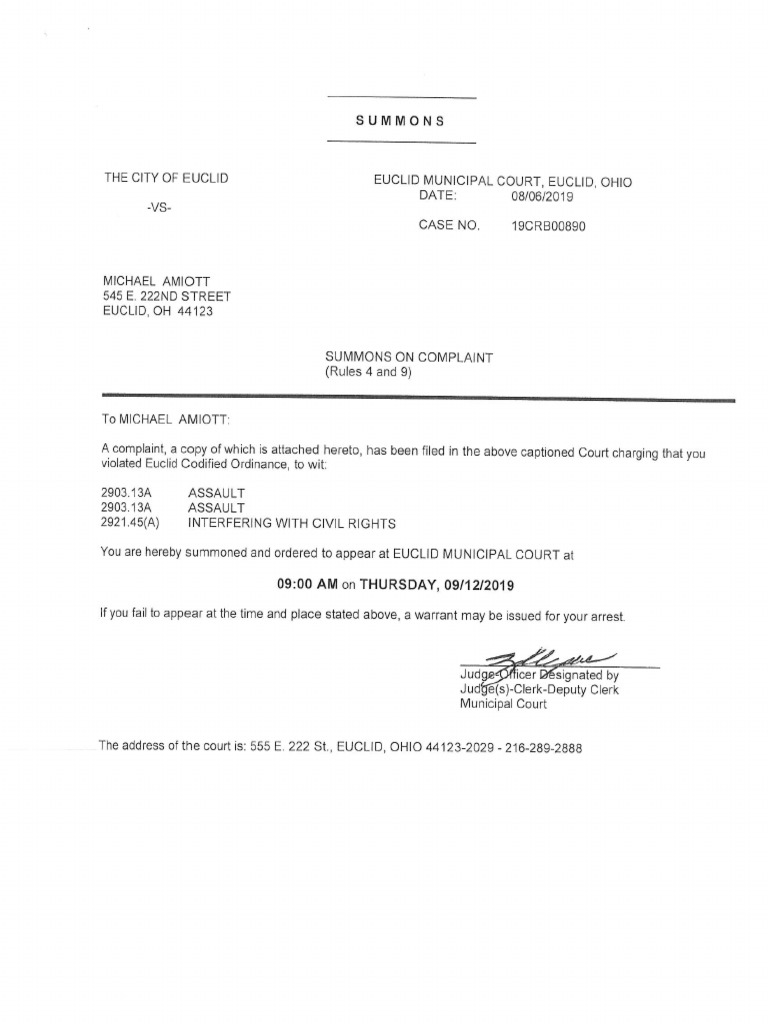 Amiott was placed on administrative duties today after the charges were announced, a police spokesman said. He was originally fired for the incident but later reinstated by an arbitrator who ruled that Amiott be rehired by the Euclid Police Department nearly a year after he was terminated.

Amiott was involved in a traffic stop that turned violent on August 12, 2017. 25-year-old Richard Hubbard III was pulled over on East 228th Street just before 10:30 a.m. for "a moving/traffic violation." Hubbard was ordered to exit the car and face away so he could be taken into custody.

"Officer Amiott has the full support of the Euclid FOP and we are confident that when all of the evidence is heard, he will be vindicated."