Polls have shown huge approval of DeWine's governance, and the national media continues to take notice. 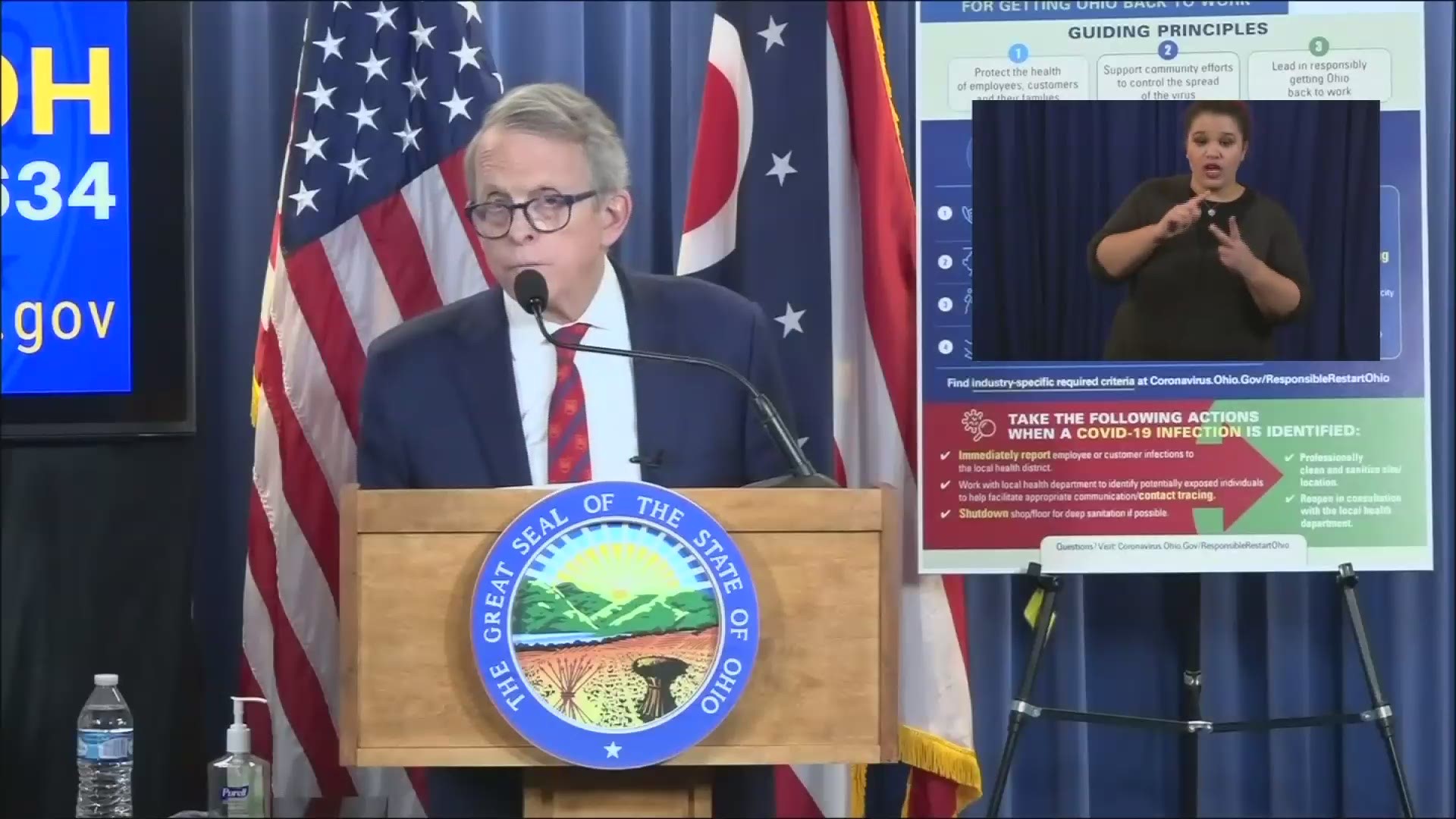 COLUMBUS, Ohio — Getting through the coronavirus pandemic will require strong leadership, and Ohio Governor Mike DeWine is continuing to get attention for his leadership during the current crisis.

But it's more than just Ohioans who have been impressed with the governor's coronavirus response. DeWine continues to be highlighted in the national media as well, with another feature in the New York Times this morning.

In the article, The Times' Trip Gabriel called DeWine's proactive decisions bold, even going so far as to call him a "household name." And those actions have caused both sides of the aisle to notice.

The Times article quoted Democrat Mayor Nan Whaley of Dayton, who praised DeWine for his work with the states Democratic mayors.

A poll released this week from Baldwin Wallace's Community Research Institute reported 85 percent of Ohioans approve of the governor's response — including the first total shutdown of state school systems — and 90 percent trust DeWine to give them accurate information in the era of "fake news."

In an article in Time last month, DeWine quickly passed the buck, crediting the expertise of health experts around him including Ohio Department of Health Director Dr. Amy Acton.

"The mistakes I’ve made [in office] are generally when I didn’t have enough information, didn’t talk to the right people, didn’t drill down to get all the facts," DeWine said. "I think that has served me well during this."

But even among all this, DeWine has not been without his detractors. Proposals from Republican state House members and protests in Columbus have pushed the governor to reopen the state's economy, while the BW poll shows the state is split down the middle on whether it's too soon.

Now, as Ohio enters the next stage of the coronavirus crisis, we'll see if DeWine's pragmatic, straightforward leadership continues to resonate with people on the state and national stage.