Entrepreneurs taking major risks in the age of COVID-19

Many are opening home businesses after losing their jobs. 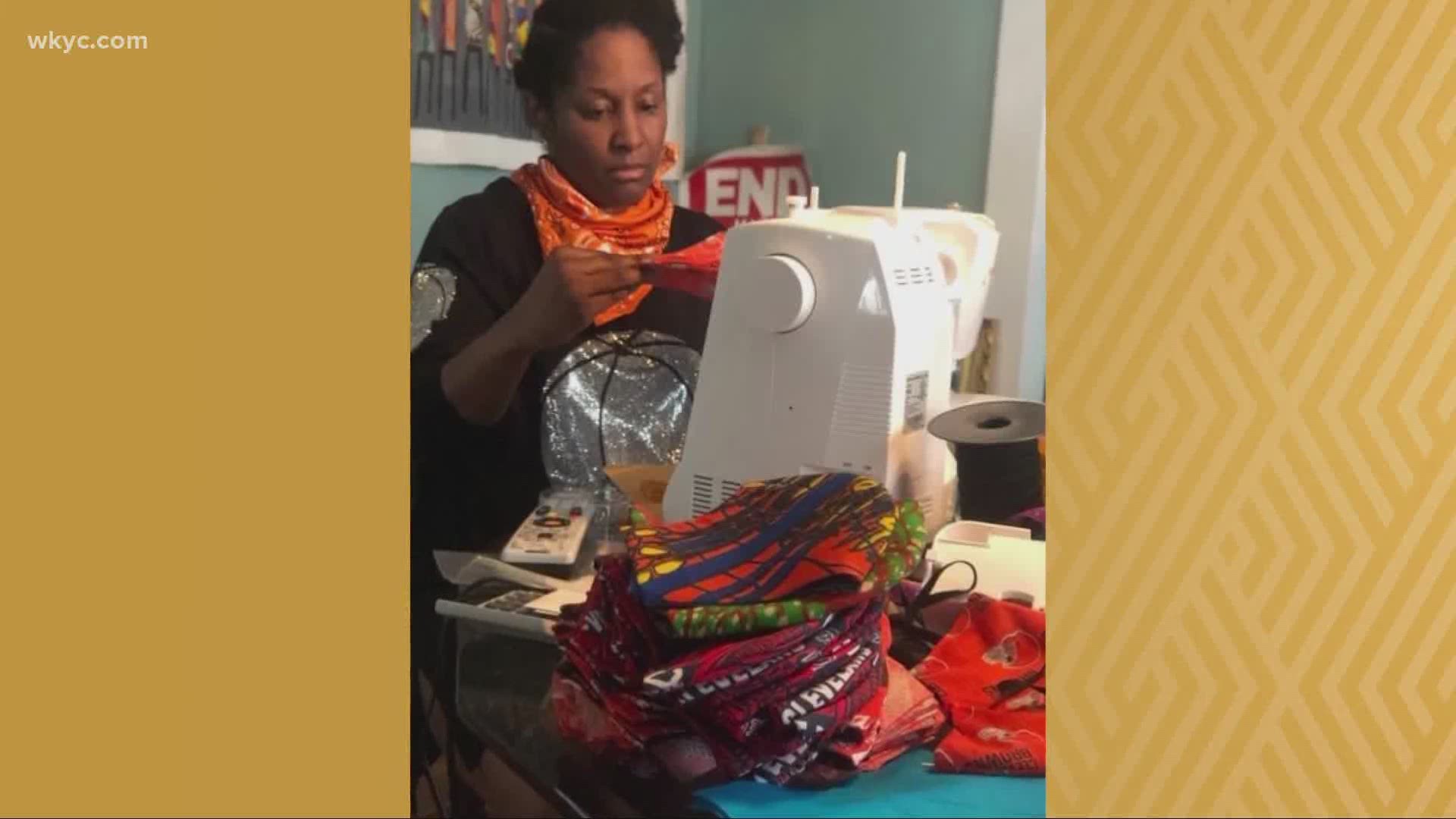 CLEVELAND — As people struggle to find work during the pandemic, many are becoming their own bosses, starting at-home businesses to make ends meet.

But some, like Michelle Felder, say they may never go back to their old jobs.

“I feel like it's two worlds colliding, like perfect timing for something to come to play,” she explained.

Perfect timing during one of the most difficult times in United States history, the resurgence of the Black Lives Matter movement at the same time as the coronavirus pandemic.

Yet Felder seized the opportunity, creating and selling masks for COVID-19, made with fabric she bought from a trip to Ghana, and naming each style after a notable Black figure.

"There was a lack of education and information that was readily available to learn about the contributions and the legacy of notable Black Americans in this country," she said.

So she started Cotton Blocks, named in honor of plantation slaves, after the pandemic shutdown her event planning business.

With just $300, not including the fabrics which she had previously bought, she began selling the masks on Facebook in May, and launched her online site on Juneteenth, without even knowing how to sew.

“I called up my aunt,” Felder explained. “And said, ‘could I borrow her sewing machine’? I opened up YouTube, watched a video, and then I got on my phone with my aunt via WhatsApp Video, and I was showing her what I was doing, and she would walk me through some things. In an hour I ended sewing my first mask,” she recalls.

Michelle had business skills, having run her event company for twelve years, but she also worked with the Women's Business Center of Northern Ohio.

“If you need business coaching, if you maybe need to see a lawyer or you need to see a CPA,maybe you need marketing and branding help, we're a one stop shop for entrepreneurs.” say Center Director, Nicole Liatos.

The Center, which is part of the Economic & Community Development Institute, the only SBA-funded women’s business centers in the state, also lends money to small businesses with a focus on minorities and women.

Liatos says the founder, Inna Kenney, was a Russian immigrant.

“She watched her father tried to create the American dream and struggled,” she explains. “She went off to college, came back to Columbus and she really wanted to give back to the refugee and immigrant population.”

As for Michelle's mask business, it won't be a bust when COVID-19 passes, because she's expanding into T-shirts and home accessories, also showcasing black leaders, which she anticipates will do just as well.

In less than two months of being online, Michelle says she thinks she’s sold almost 800 masks. And an LGBT owned stationery and gift store, Ladyfingers Letterpress out of Colorado, just hired her to make masks for them.