New poll shows 83% of people with depression agree life would be easier if others could understand their depression. 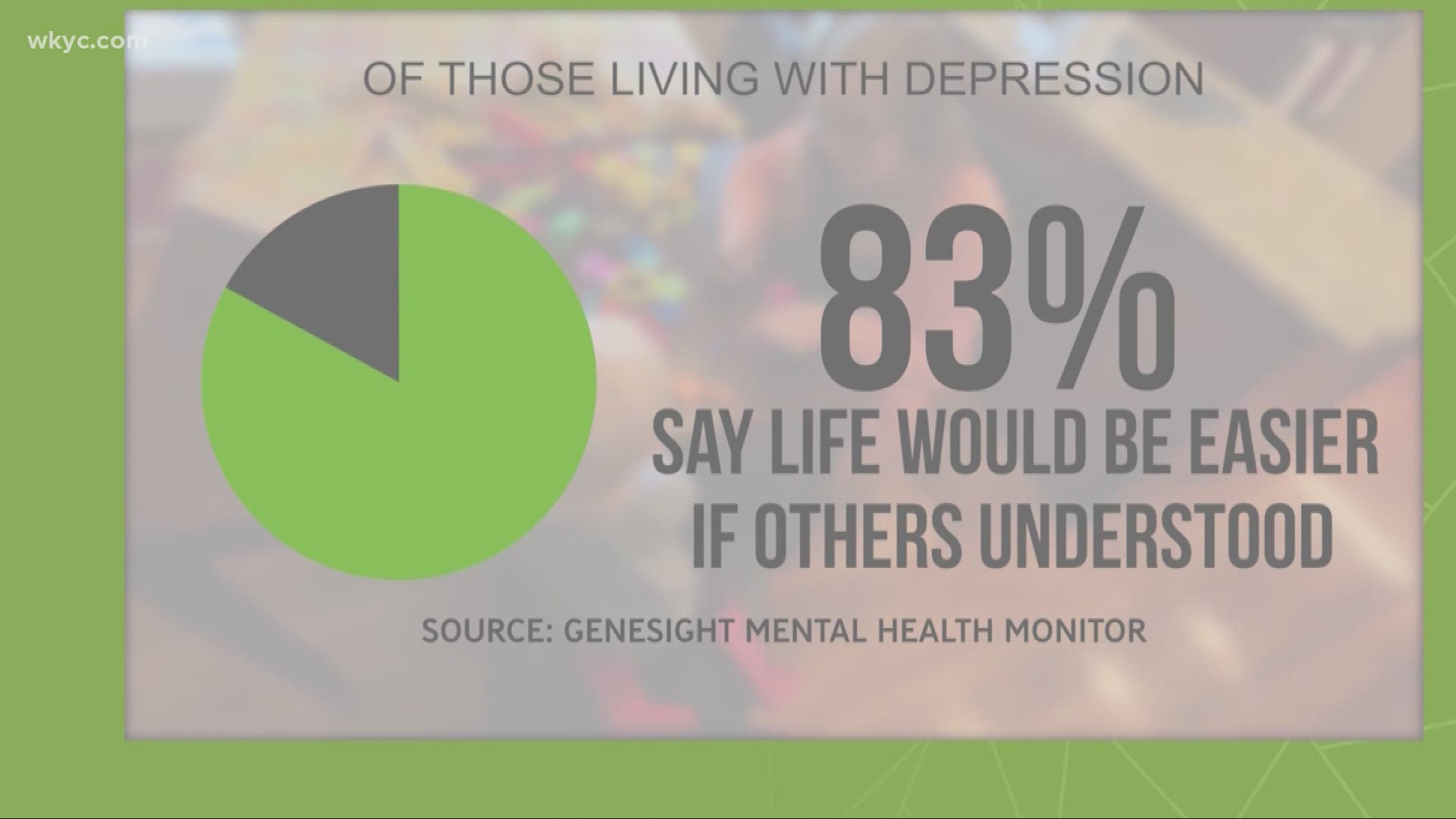 SALT LAKE CITY — In a new nationwide poll, the GeneSight® Mental Health Monitor found that 83% of people with depression agree that life would be easier if others could understand their depression.

“Depression is one of the most misunderstood disorders. When people misinterpret patients with depression as ‘lazy’ or ‘dramatic,’ they are vastly underestimating and misunderstanding the debilitating symptoms of major depressive disorder,” said Mark Pollack, M.D., chief medical officer for the GeneSight test at Myriad Genetics. “That is why we are working with the Depression and Bipolar Support Alliance, so that loved ones can offer more empathetic support and people with depression won’t feel so alone.”

For Mental Health Awareness Month (May), GeneSight and the Depression and Bipolar Support Alliance (DBSA) have partnered to raise awareness and understanding for how a person who has major depressive disorder feels, and why it can be so hard to seek treatment.

Three out of four people living with depression said they desire support from their loved ones including just listening or saying supportive things like: “How can I help?” or “Do you want to talk about it?”. Instead, nearly half of those with depression said they were more likely to hear statements like: “You need to get over it/snap out of it” or “We all get sad sometimes”.

Genetic testing, like the GeneSight Psychotropic test, analyzes how a patient’s genes may affect their outcomes with medications commonly prescribed to treat depression, anxiety and other psychiatric conditions.

The GeneSight Psychotropic test from Myriad Genetics is a pharmacogenomic test for certain medications commonly prescribed for depression, anxiety and other psychiatric conditions.

The GeneSight test can help inform doctors about how a patient’s genes may impact how they metabolize or respond to certain psychiatric medications. According to the manufacturer, it has been given to more than one million patients to provide genetic information that is unique to each patient.

For a better understanding of depression and treatment, visit KnowMentalHealth.com. For more information on genetic testing, visit genesight.com.