He sees the potential for legal arguments to make their way to the state or U.S. Supreme Court. 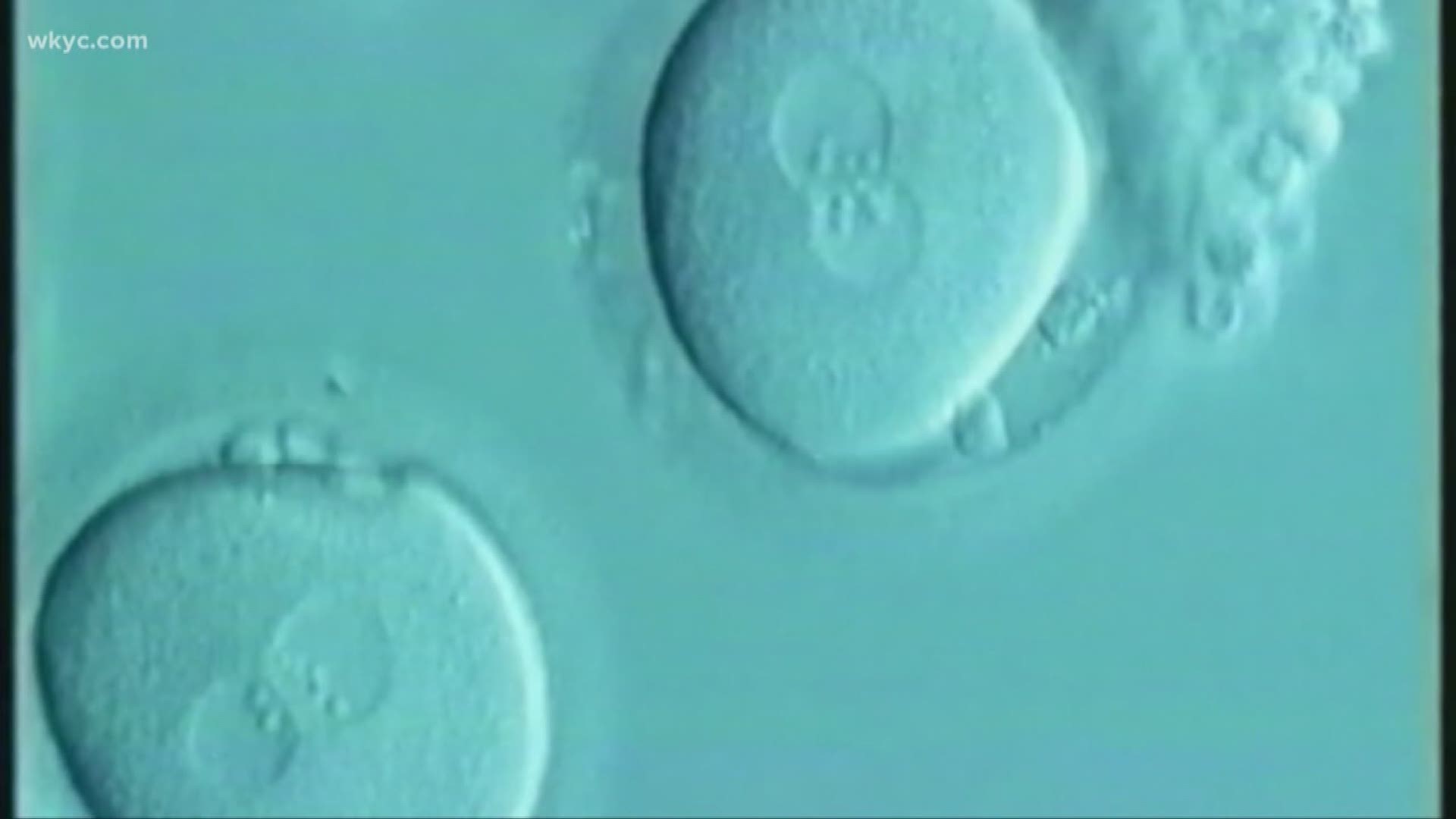 CLEVELAND — What's an embryo and what's it worth?

The answers will be groundbreaking. But a year after the University Hospitals fertility clinic failure, the answers remain elusive for the families touched by the loss of 4,000 embryos and eggs entrusted and destroyed at the facility.

Retired Judge Stuart Friedman had an intimate view of the cases, overseeing for nine months, the voluminous case file while winding down a judicial career that began in the 1980s.

It was a case the legal scholar embraced. One he wanted to see until the end. But age limits precluded another election run past his 70th birthday and his replacement – half his age – declined his offer to stay on as a magistrate.

To Friedman, this was a once-in-a-career case.

So many questions contained from the 70-plus lawsuits, now consolidated, brought by dozens of attorneys, some of the best personal injury lawyers from across the country. More than 100,000 pages of records produced by UH alone.

In court, it coldly comes down to placing a label and yes, a price tag, on each family’s loss.

"In some cases, you have to feel horrible for the victims because in many cases they have no children, or they had one child and wanted to have another one and that possibility is gone now," Friedman said.

In these cases, labels matter.

"In these cases, it’s very difficult to decide what has happened and who has suffered what losses," he said. “Each case is different. Each case requires a different analysis."

Attorneys representing some women argue UH acted negligently or that a breach of contract occurred. In these cases, damages could skyrocket.

Finally, other lawsuits raise a legal quandary, contending the embryos are human; their destruction equal to a wrongful death.

Such a legal finding could have far-reaching implications, legally and socially.

"That is another issue that has not been resolved,” Friedman said.
“When is conception? The law has never addressed this, and I don't think the legal system is qualified to address it right now."

There have been settlements, or as the attorneys say, “resolutions” reached in several cases. Exactly how many and for how much, remains confidential. For the other cases, more legal wrangling, discovery exchanges, perhaps even more appeals and some trials, remain on the horizon.

Gag orders and records being filed under seal is the new norm for the cases in Cuyahoga County Common Pleas Court.

Friedman sees the potential for legal arguments to make their way to the state or U.S. Supreme Court.

“[Both sides] recognize that a trial would just prolong things,” Friedman said.

His days as a judge ended in early January when newcomer Judge Ashley Kilbane was sworn in. She arrived via Chicago in 2009, recruited as a rising star a decade ago by the Porter Wright law firm to handle civil litigation.

“She’s wise beyond her years,” said Hugh E. McKay, partner in charge of Porter Wright in Cleveland who hired Kilbane shortly after she graduated law school.

For the past four years, Kilbane honed her criminal law skills as an assistant county prosecutor. She was not the choice of county Democrats to replace Friedman, but she won the primary anyway, and then handily defeated her Republican challenger in November. All while raising twin daughters.

Nonetheless, Friedman hoped to keep a hand in the UH cases while allowing Kilbane to ease into her first year on the bench.

"To have these 70-plus cases on your docket in addition to everything else is a lot for a brand-new judge,” he said.

In a letter to Kilbane, he offered to serve as a magistrate on the UH cases. Under the arrangement, his rulings would have to be approved by Kilbane. The new judge passed on the offer.

"We had a meeting about something else and she said, ‘Oh, by the way, I'm not going along with your suggestion," Friedman recalled. “That’s her decision, so again, I disagree with it, but it’s her decision and she had the right to do it.

“I just inferred that she wanted to have as much control as possible for these cases.”

Through a court spokesman, Kilbane declined a request to interview.

Her former boss said Kilbane, regardless of her judicial experience and the star quality of attorneys involved in the case, has the legal acumen and energy to ensure the families and UH receive equal justice.

"I think she's a perfect person for a complex case with a lot of complex personalities. I think that's right up her alley," McKay said. "I don't think Judge Kilbane is subject to intimidation. I think she's very tough, very confident and nobody's going to intimidate her."