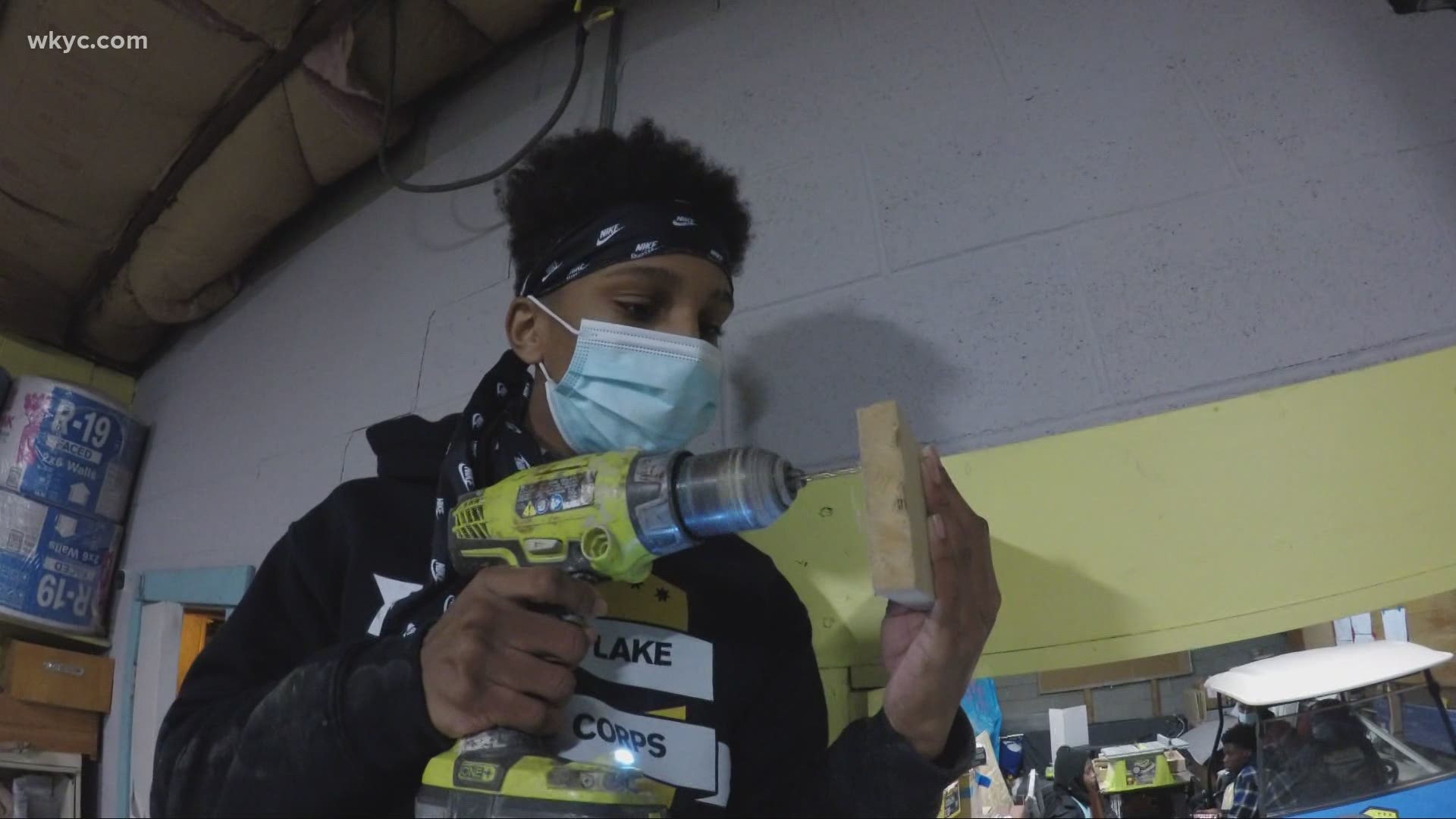 AKRON, Ohio — They say home is where the heart is, but Akron's Summit Lake neighborhood has a heart that needs some healing.

"I think the broader reputation for Summit Lake is somewhat negative," Summit Lake resident Stephanie Leonardi, aka "Leo," says. In an effort to change those perceptions and improve the area, she founded Summit Lake Build Corps.

"It used to be just watering gardens and picking up trash but over time, we found that building was something we could repeat every weekend," she said.

The corps is made up of teens from the neighborhood. The sounds of power tools echo through their workshop; this is a real job for them.

They learn real-world skills like carpentry, drywall installation, and painting. One fixer-upper job kept them busy over the past year. According to Corps team member Solomon Odekunle,

"It was like a naked house. and when I say naked, I mean like broken windows," team member Solomon Odekunle said.

They all had skills to bring to the table, including Eric Smith

"I helped with a lot of the painting and staining and stuff."

Working, learning, and earning: They get paid! But for all the Build Corps, this is about more than money.

"The fact that they're getting more teens off the street doing better things, more productive things," Alicia Diener said.

For Odekunle, an immigrant fairly new to Akron, he gets a new home. The humble house on Ira Avenue isn't the prettiest on the outside, but just like with people, it's what's on the inside that counts. He can't wait to show it off to his neighbors.

According to Leo, this model could work in any neighborhood, but this is her and all her corps members' homes.

"We found this niche where the work we do matters and makes an improvement in the physical neighborhood and it also works on us," she said.

Summit Lake Build Corps is not only rehabbing properties; they're rehabbing the neighborhood's reputation as well.