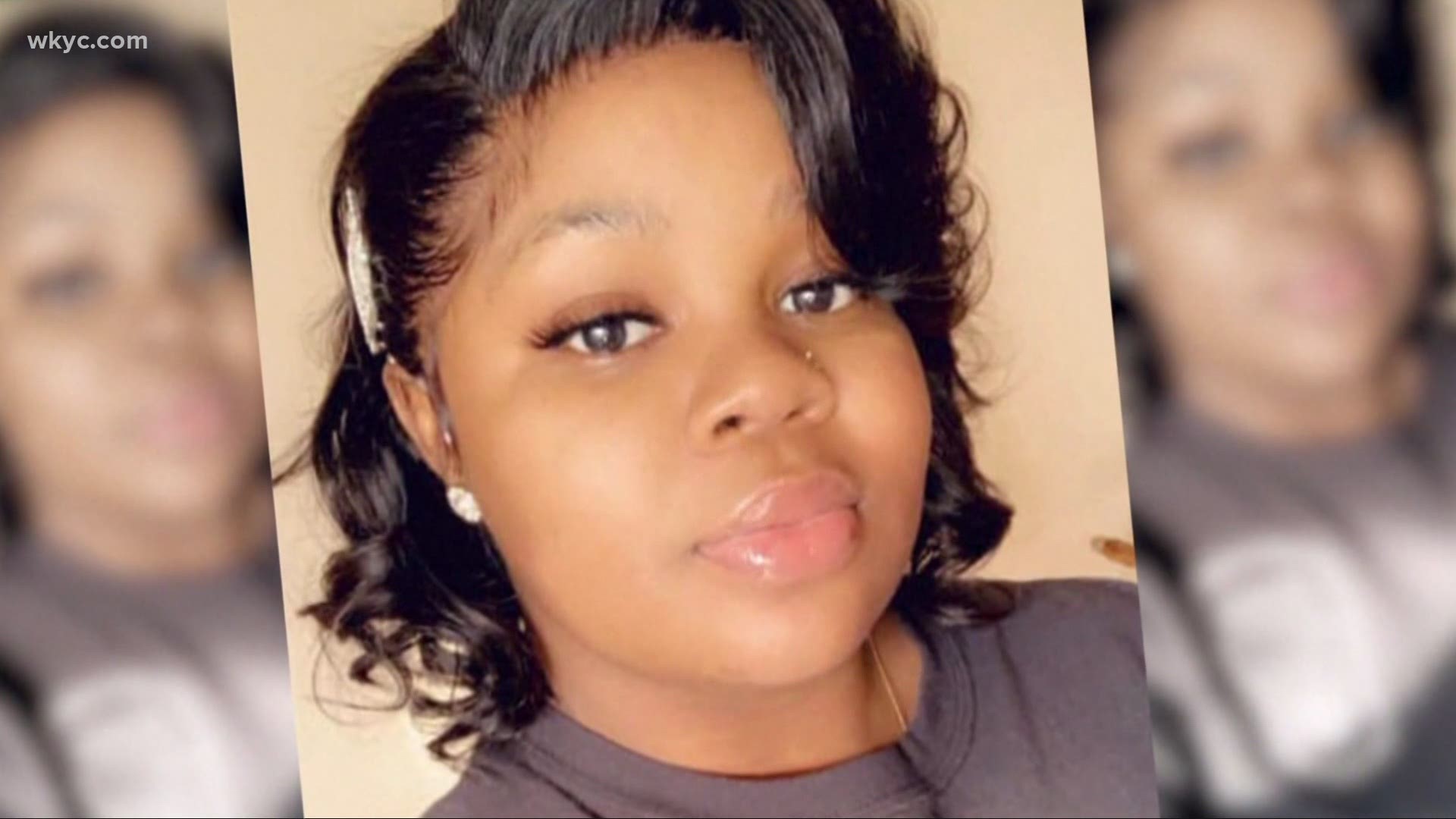 CLEVELAND — There was protesting in Cleveland Wednesday night, hours after it was learned that police officers in Louisville, Kentucky would not be charged in Breonna Taylor’s death.

The first rally was held outside the Justice Center and the second, much larger event, took place next to the Free Stamp at Willard Park.

Once again, the name “Breonna Taylor” was a rally cry for justice and change.

“I would say it starts with having conversations like this,” said LaTonya Goldsby, from Black Lives Matter 216. “It begins with demanding changes in the ways in which we see our communities policed.”

The last time there was a gathering for Taylor in Cleveland, it was the weekend in June that she would have turned 27 years old. As part of a national movement called “Say Her Name,” 27 balloons were released on the campus of Cuyahoga Community College.

As a painting called “Say Her Name, See Her Face” was projected onto a building in Louisville, Cleveland NAACP President Danielle Sydnor said there was writing on a wall.

She said Wednesday’s grand jury’s decision did not come as a surprise, and she was not alone.

“We have to reexamine the law nationally as it relates to going into peoples’ domiciles, into their houses, to exercise search warrants,” CSU Law Professor Gordon Friedman said.

Others say it goes deeper than that.

“This culture of policing in which you know it’s so easy to take a black life and how there is very little to no accountability,” said Kareem Henton, Black Lives Matter 216. “They show that our lives aren’t valued, and they don’t worry about the repercussions.”

The City of Louisville took steps by passing “Breonna’s Law,” which bans no-knock warrants there, yet leaders with the NAACP and Black Lives Matter say there needs to be uniformity among communities and the problem cannot be fixed city by city.