Officials say the garage remains safe and there is no reason for concern. 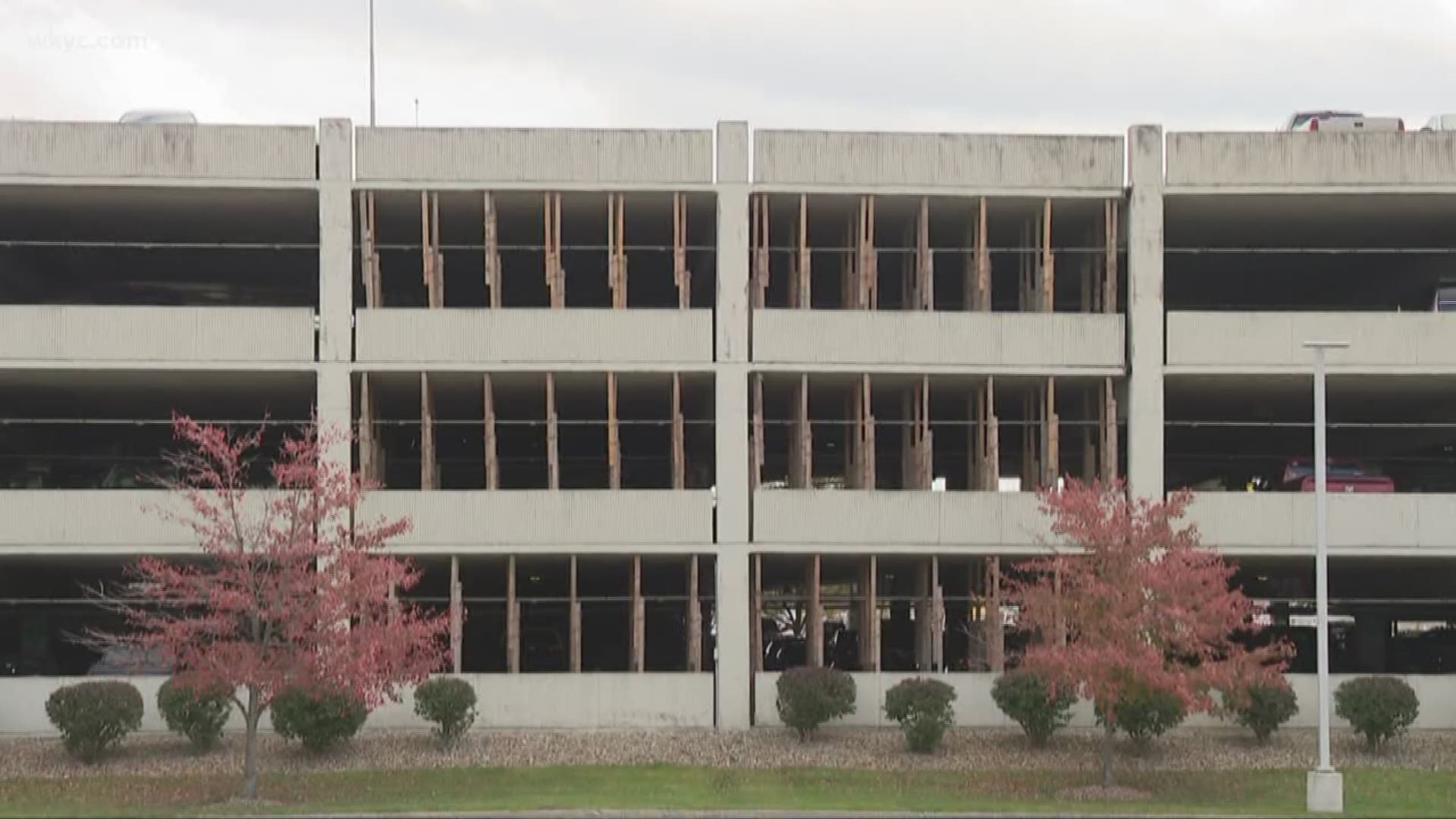 There are scary things happening at Cleveland Hopkins airport, and it has nothing to do with Halloween.

Earlier this month, 3News reported just how full the parking garages and now even more spaces are missing as engineers had to use them to help support the weight of the garage.

On Friday reports of structural damage forced engineers to come in to assess the building.

“There was an engineer here on Friday looking at the expansion joint project when he noticed heaving and sprawling. And he said you need to look at it,” said Airport Director Robert Kennedy.

The expansion joints are designed to allow movement in each section of the garage. However, the movement in one area is abnormal. The cement around the pillar is crumbling and the entire section appears to be sagging, exposing rebar when you look from underneath.

A look from the side shows one section is not level with the rest.

“I was notified Friday afternoon. Got the engineers together, got the team out here. Saturday morning, done!” said Kennedy.

Kennedy says the extra supports were installed out of an abundance of caution and there’s nothing to be worried about.

Officials are expecting a complete report from engineers Friday. The report will let officials know what exactly is wrong and how much a permanent fix will cost.