President Joe Biden made a quick trip to Honey Hut during his visit to Cleveland on Thursday. 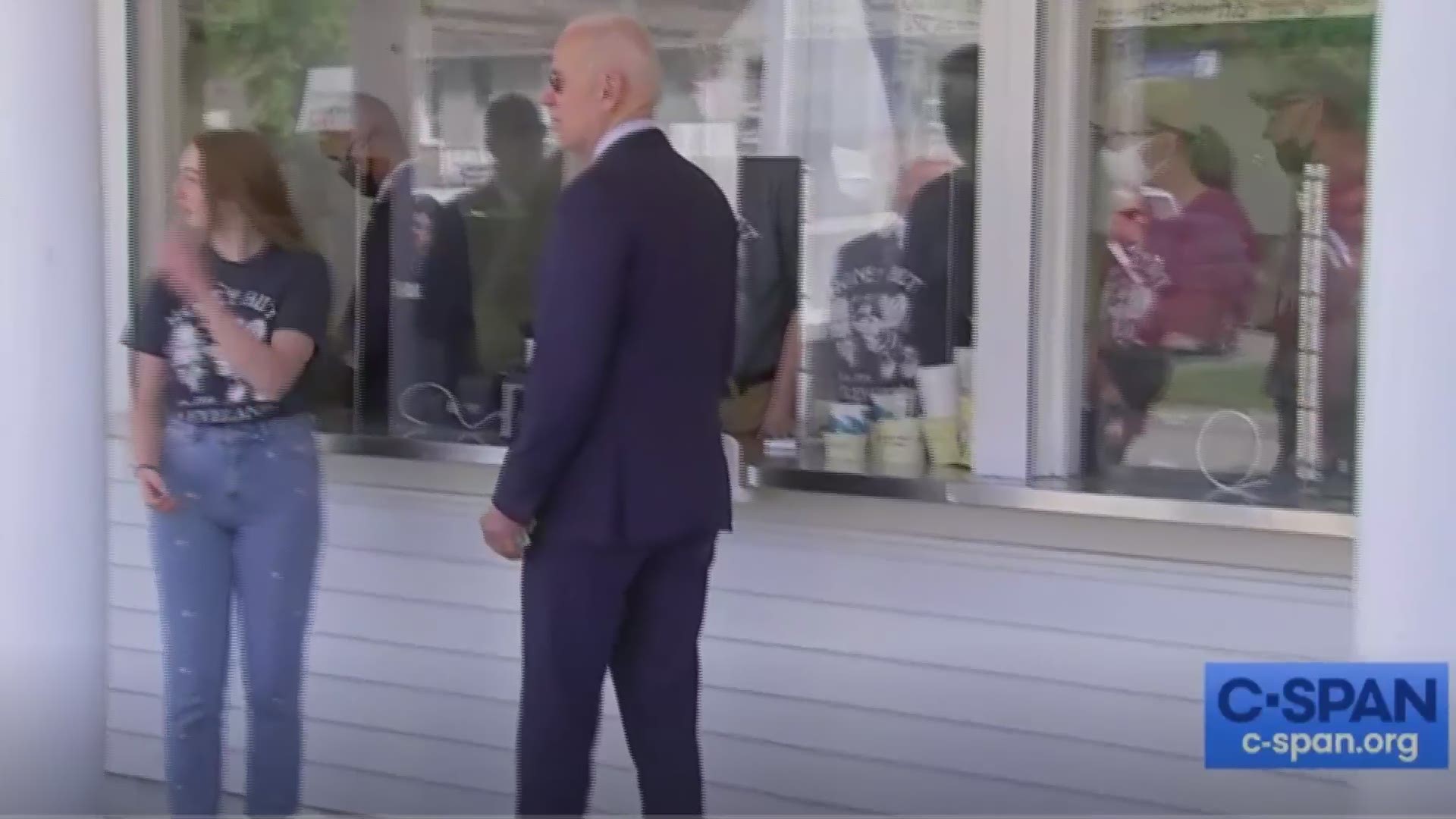 CLEVELAND — Dating back to his days as Vice President, ice cream has become every bit as synonymous with Joe Biden as his signature aviator sunglasses.

So perhaps it shouldn't come as a surprise that the President made a quick trip to Honey Hut on State Road before leaving his visit in Cleveland on Thursday afternoon.

"It's a good day for ice cream @ Honey Hut," White House Press Secretary Jen Psaki wrote on Twitter, where she posted a picture of Biden placing his order.

According to a White House pool report, the United States' 46th President ordered chocolate, chocolate chip and butter pecan and told the employees to keep the change on his order, which included 50 units of ice cream for the staff. Additional social media posts and photos also showed Biden taking pictures with employees.

.@POTUS poses for a selfie as he stops to get ice cream from the Honey Hut Ice Cream store in Cleveland, Ohio. pic.twitter.com/0XfDW5mQE3

Biden's trip to Honey Hut came after a speech on the campus of Cuyahoga Community College, where he toured the school's Manufacturing Technology Center and discussed the state of the economy during a speech, as well as his $1.7 trillion dollar infrastructure bill. You can follow a live blog of Biden's visit to Northeast Ohio here.

RELATED: Senate filibuster explained: What is it and why do some want to change it?

EXPLAINER: Did US hiring slow because of a ‘labor shortage’?