Loede is survived by his wife Shanna. 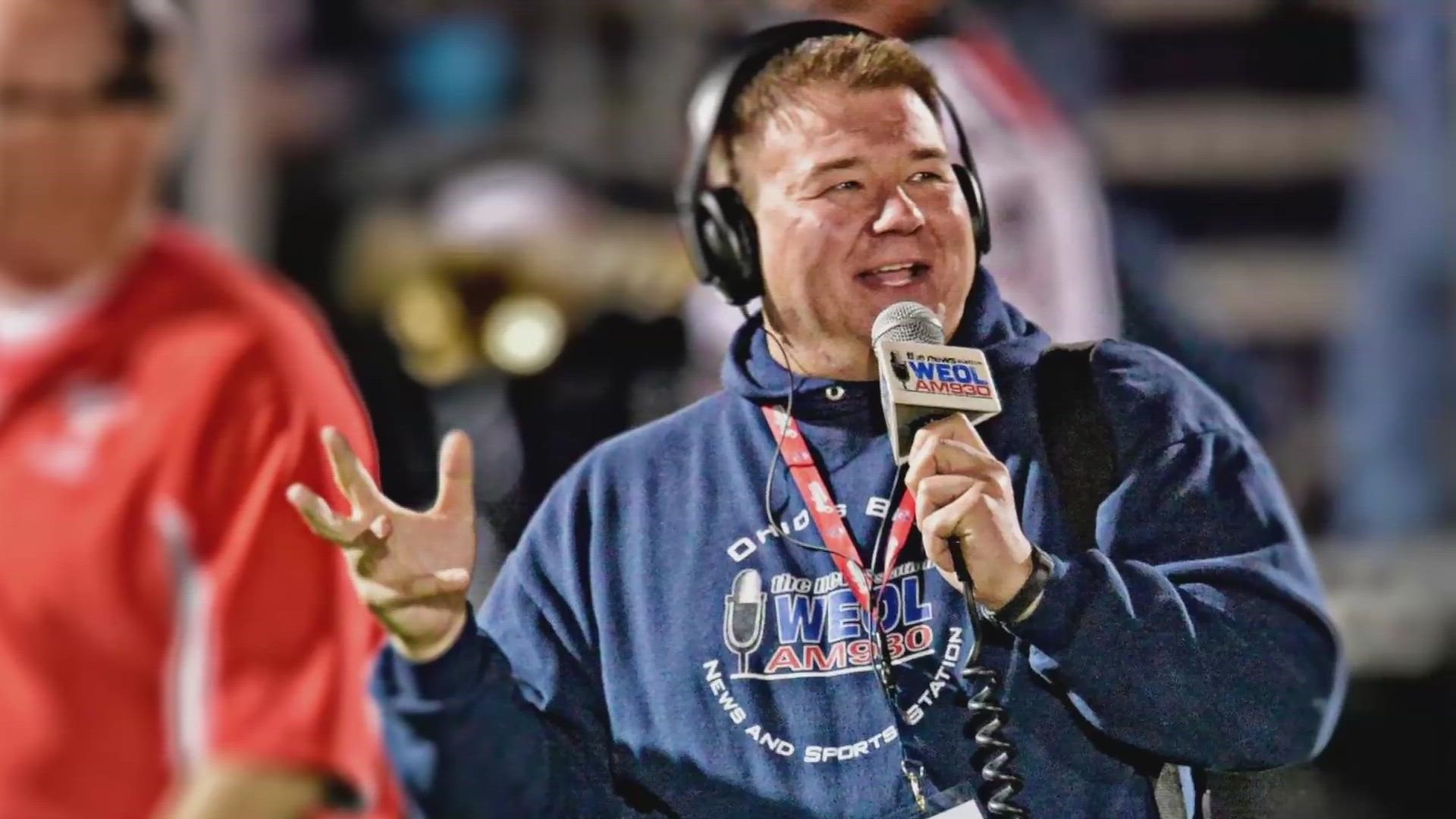 CLEVELAND — Matt Loede, a longtime fixture in the Cleveland sports media scene as both a writer and a broadcaster, passed away on Wednesday after a long battle with cancer.

The news was shared by his wife Shanna in a post on social media:

"Matt's two plus year battle with cancer has come to an end and today he is with the Lord. This early mornings cardiac arrest led to a lack of oxygen to his brain for approximately 50 minutes that resulted in brain damage, bleeding in his lungs, and kidney shut down. He was surrounded by love as he passed. He was funny, sweet, generous, loyal, faith filled and he had a talent for bringing people together. He made my life beautiful. He was and will always be the love of my life. Please keep his parents, brothers, and our families and friends in your prayers."

In May of 2019, Loede was diagnosed with stage four stomach, kidney and pancreatic cancer. After a lengthy hospital stay, four rounds of chemotherapy, and a stem cell transplant, his cancer was in remission. In August of 2020, he announced that the cancer had returned to the point where his lymphoma had spread.

Through it all, he continued to work.

Loede's journalism career of more than 25 years included everything from radio work at WEOL-AM 930 in Elyria, to instructing at the Ohio Media School, to reporting at local sporting events for outlets such as the Associated Press Broadcasting, NBC Sports Radio, Fox Sports Radio, Sporting News Radio, and more.

He also wrote three books during his career. Game of My Life: Cleveland Browns: Memorable Stories of Browns Football was published in 2016. He also wrote two books about his beloved Pittsburgh Steelers, 2013's 100 Things Steelers Fans Should Know & Do Before They Die and Game of My Life Pittsburgh Steelers: Memorable Stories of Steelers Football, which was published in 2019.

More recently, Loede worked as a sportswriter for Outkick.

Earlier this year, actor and pro wrestling legend Dwayne "The Rock" Johnson reached out to Loede and shared a special video message with him in the midst of his battle with both cancer and COVID-19.

“Thank you for being a fan, number one,” said Johnson in the video sent to Loede. “But most importantly I want to tell you to stay strong. You are a fighter.”

I won’t say much about this but I read an email last night that moved me and immediately turned my phone around and sent this back to my team. Didn’t expect to see it on my Twitter feed - I’m happy I did. Now millions can see what a real fighter looks like.
Stay strong, brother. https://t.co/4N4tGPsNQq

After news of Loede's death was announced, 3News sports anchor Jim Donovan paid tribute on "What Matters Most" at 6 p.m.

Just terrible hearing about the passing of @MattLoede. He was a man of faith, loved the sports he covered and was so courageous throughout his battle. Enjoyed talking football and baseball with him, and our trips to the casino together in spring training out in Arizona.

Heartbreaking to learn of @MattLoede passing. His strength and attitude while battling cancer was incredible and an inspiration to so many. A wonderful person taken way too soon, God bless his family.

If you knew @MattLoede, your life was better off for it. The way he approached his cancer battle was an inspiration to many. He was a staple in the CLE sports media scene the last three decades and always prioritized helping aspiring writers/broadcasters. We'll miss him terribly.

My heart aches for Shanna and the Loede family and Matt’s legion of friends, including @TheRock. Matt Loede was one of the best people I’ve ever known. I can’t believe he is gone from earth, but I know he is in Heaven with the Triune God he loved with his heart, mind and soul.

Very sad day in Cleveland sports, as longtime radio/tv personality and reported Matt Loede has passed away after a lengthy battle with cancer. I have lost one of my very best friends. I will miss my brother. And I know many of you who follow will miss him very much too.

It's a sad day for those of us in the sports media corps in Cleveland. @MattLoede was one of the best human beings you'll ever meet & an inspiration. He helped so many over the years, fought cancer as long as he could while not skipping a beat or complaining. RIP, my friend.

I have been diminished by @MattLoede passing. He was the kind of friend who made my soul smile. I know he's in his GLORY but he'll be missed. Prayers for strength for Shanna. The holes in our hearts will take time to heal. MATT will always be in our hearts. Love you Brother.

Today can’t be any sadder with the passing of our friend and peer Matt Loede. He fought a courageous battle against cancer the last 2 years. We are all better people today for knowing him. Our thoughts and prayers go out to his family. He will forever be missed!

My colleague and friend for 25 years, Matt Loede, passed away today. He was one of the kindest human beings I’ve ever met. He was a true man of faith, that never wavered through his valiant battle with cancer. God bless Matt and his family. RIP 🙏